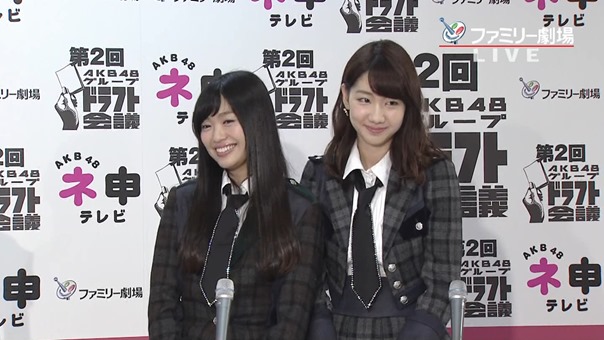 Look at the chemistry right there!

Is it even possible to love something that doesn’t fully exists? Well, looks like it is as I am here experiencing just that with the as of yet to have a full Gen member list NGT48! You would think that at this moment it would be a great challenge for a new group and granted it might be hard depending on the girls they choose during the auditions but that bridge shall be crossed when we get to it, for now, with what we have, everything is looking great as far as I am concerned!

Let’s start with the Big Cheese! I am not that familiar nor am I interested in Theatre Managers but Imamura-sensei has already gotten my attention! Not only does he just give off an air of competence and at the same time seems to have that liveliness about him, he totally won me over as he so smoothly complemented Captain Kitarie and Yukirin’s choices of the two Draftee members. His explanation totally made me think that NGT will be a force of a team to be reckoned with with Kitarie and him and Yukirin there to guide it.

Remember Yukirin mentioned that they were thinking first and foremost of NGT48 and the state of infancy (it doesn’t get earlier than this) it is in also taking into consideration what is already present in AKB48G when they were picking out members! They even took into consideration of the results of the auditions as they picked their first fellow KKS members from the draftees! Any girl with any personality or looks or age might be picked from the auditions by AkiP and Management, actually there might be girls of all ages between 11 and 23 (which is the accepted gap in the application info) so these two took that into consideration. This is how Imamura-sensei explained it. 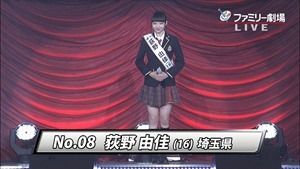 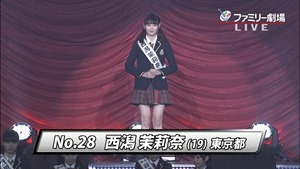 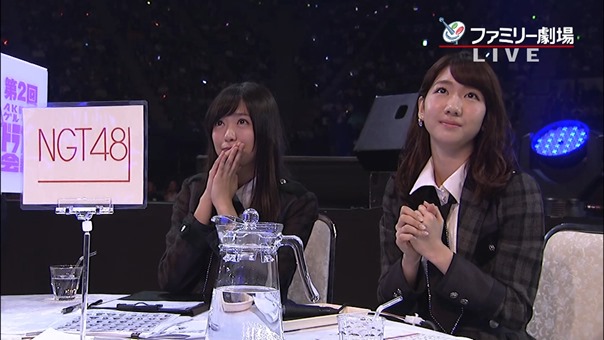 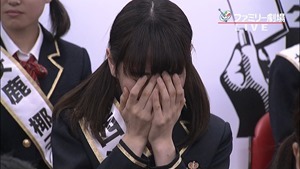 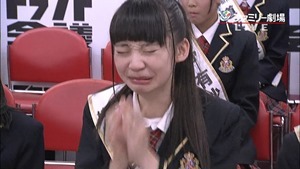 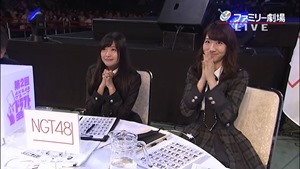 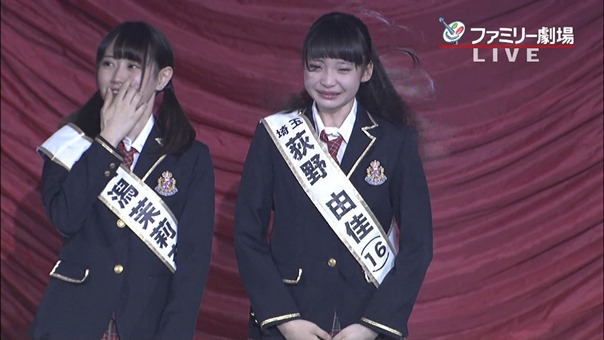 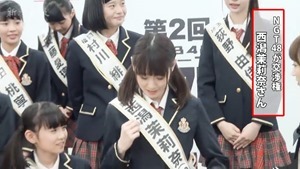 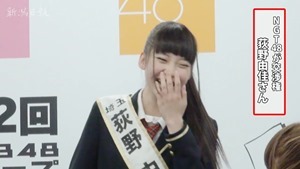 The reason why the two settled for such an age gap with the members first of all was that not knowing what members they would be getting in the auditions, if they were to get young members as is the trend these days, then there is the 16 year old Yuka (Ogino Yuka) for them to connect with. On the other hand of they get members that are older than Yuka-chan, then we have the 19 year old Marina (Nishigata Marina) to cover that area! In the case that we get even older members than Marina then there is of course the Veterans Captain Kitarie and Yukirin! Other than the age differences, the other area covered was experience!

NGT48 is late to the party to be truthful and they need to really give a very impressive first impression if they want to get in the game! To do that they need to bring their A-game and something completely different (different image) from the other sisters! Team 8 has proved that something great can still be produced from the new girls and while that may fall on the girls chosen for from the auditions, it’s up to the whole group to work towards optimum performances which is why Kitarie and Yukirin decided to go with girls that are already familiar with AKB as both Yuka and Marina were part of the Baito AKB and thus are familiar with how AKB operates and know what is expected of them! They should have a great deal of knowledge even more so than the actual members themselves because Baito AKB were watching all kinds of teams and girls perform so they know a lot more from their observation of the different aspects of the group. 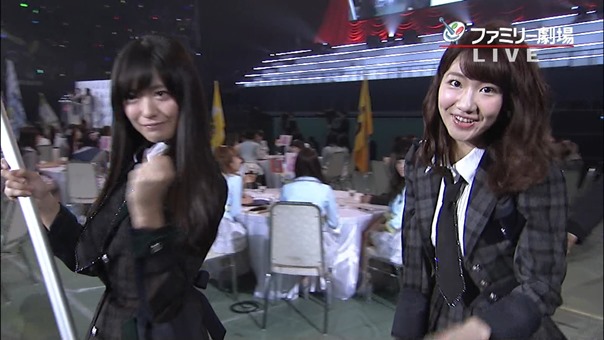 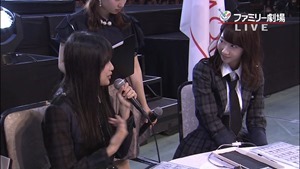 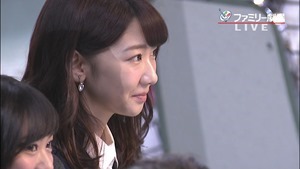 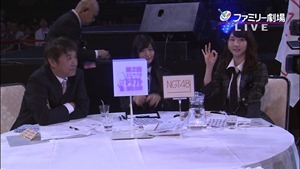 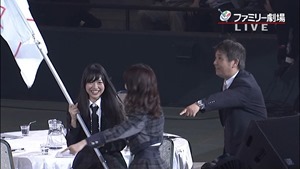 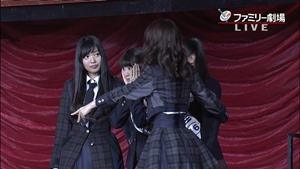 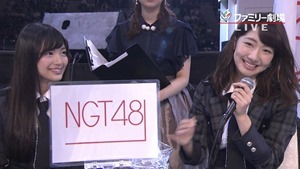 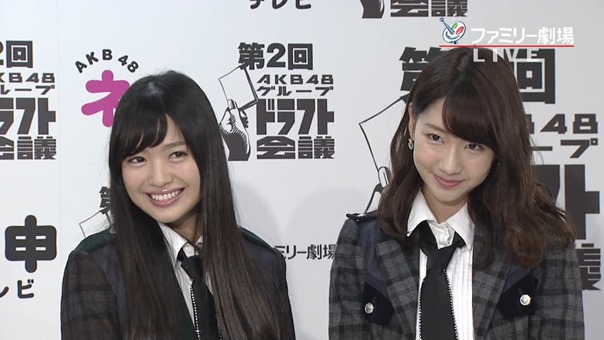 This experience and knowledge is vital and add that to the experience of a very serious girl Captain Kitarie and the walking dictionary of Idols that is Yukirin and I tell you all, this is the strongest foundation to any structure I have ever come across! So what if Yukirin will be busy or not so much since she said she might quit AKB senbatsu after SSK but she will still be in the group, there is still like half a year to go. A lot of time for her to put together a cheatsheet for the Captain and the two other members so that they are covered when she is away, only if they need it because I think they are good already with their own experience. Anyway if she won’t be participating in singles for AKB (a la Rena) then that gives her more time for Theatres and thus more time with NGT48!

Kitarie and Yukirin are both really invested in NGT48 and are taking this seriously! I don’t think I have ever seen that of a ‘change’ before. We know Kitarie is a very serious girl and despite everything she is a 5th Gen girl, same as Sashiko and even Myao! Probably a lot of fans think of Myao as a 1st Gen, I know I did for a while too! She was just so with the 1st Gen crowd and fit with them so well it was hard to think she was 5th! Also the fact that she was there and kicking ass in the very early episodes of AKBINGO too!

Then there is Yukirin herself, also quite serious when it comes to Idol business and arguably has the most intel when it comes to Idols, indeed an Idol within an Idol! As for veteran points, she is a 3rd gen but if we pull out all the stops, she is actually 1st Gen as she was originally intended to audition with the 1st Gen girls (Acchan/Takamina etc) but she did not make it because of the distance from Kagoshima to Tokyo due to there being no time for preparation! But anyway the experience these two bring to the birth of NGT48 is almost invaluable! No other sister group has had that pleasure! Sashiko was shafted to HKT as punishment after like what, a year since forming? So she doesn’t even come close, not to mention that she might have not had any intention of ‘helping’ in the beginning too and I still think of her work in HKT as more of a job though maybe her attitude has changed a bit lately but that gap still exists between her and the HKT members.

From what i have seen that gap doesn’t exists so far here and I am sure these two won’t let it appear! I am not sure how many of you caught that video I shared on tumblr of a video about some Yukirin Fans ‘reacting’ to her solo concerts but in the video, a guy mentions that he had a chance to talk to Tanabe Miku, a fellow 3rd Gen who said that all new members that get a chance to perform with Yukirin, especially in the same Team all end up loving and admiring her. Of course I already knew this and have mentioned it many times before but there is the evidence right there to those that always believe ‘source’ solves all problems.

Any way the point is that in addition to Yukirin changing her attitude towards the Kouhai members, add in the charm she has of attracting girls to her once they get to ‘meet’ her and not to mention how delicate and love-inducing Kitarie is, NGT48 will put original B’s chemistry to bed!

But not just that, there is the variety spirit that flows within these two’s veins! Seriously, Kitarie is almost as funny as Sahiko, nay, she is Sashiko’s rival in that area and then we also have Yukirin who just induces happy feelings wherever she goes, be it letting other members make fun of her or because of her reactions, she too is funny! Then there is the performance side of things! This area is already covered with the veteran deal but just to add in some spice, Yukirin! There is that moment during the after-talk of the 2nd Draft Meeting where NGT was filling in their stats hexagon and when they got to the performance side of things to rate, Kitarie was like ‘Well we have Yukirin, what rating do you think we should get?’ Because yeah, performance-wise Yukirin is already legendary! Her very own solos that have 10% to do with AKB work are turning into some kind of dance manual according to some members!

I am telling you all, NGT48 is a gem of a group in the making! Now it’s up to AkiP to not fuck up during the auditions and hopefully Imamura-sensei is there to have a say in the choices made but whatever the choices, I am confident that these five already present are going to produce something great! I am a little worried about Kitarie, she is a bit timid but she has Yukirin with her, who would take all the awards for best supporting member if they existed! In this draft meeting I already saw her guide Kitarie twice and that’s what’s so great about these two! They also have history! I really can’t wait for the debut! I am loving this group way to much given the stage of maturity it is at! Any way, more about the lovelies… 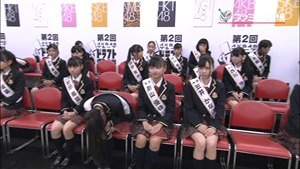 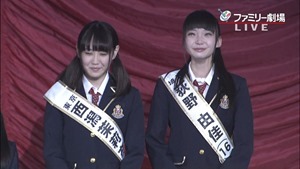 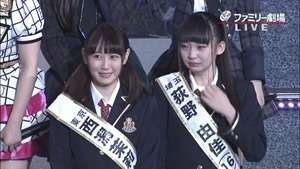 Yuna-chan! The girl was so relieved I think she really believed she would not be picked! She was the 2nd last to be picked or was she the last? She was in tears the rest of the show! 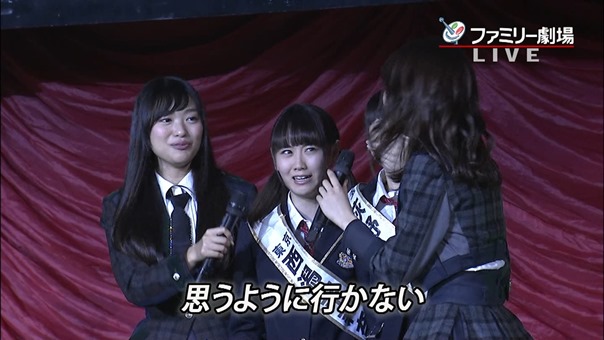 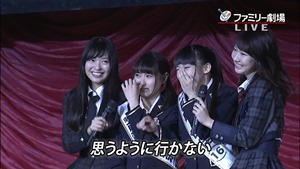 Darn it Yukirin what did you say to get those kinds of reactions from the Babies? >.< I can already tell Marina is one of the funny ones, look at that face! And poor Yuna-chan, she has it so bad for Yukirin it was as clear as day to see! Also what balls to use that chance to lean into Yukirin there!!! Sayaya, you have a challenger! 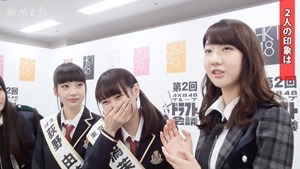 Too bad Yukirin is playing the Sakura game with her as she ignores her most of the time for Marina! Her Oshi is Yuihan, well, was is the more appropriate word to use here I think! I am pretty sure by the end of the day she was lost in Yukirin World! That’s the price one pays for getting close to the sun, I mean Yukirin! 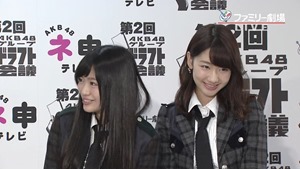 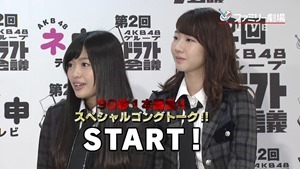 The distance between the two is in the negative values! I am already having a YukiSashi VS YukiRie shipping war going on in my head as I write this! 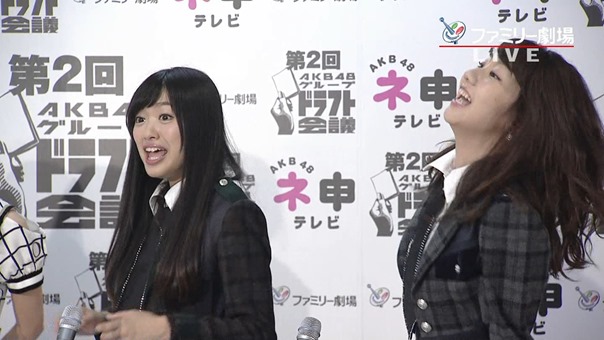 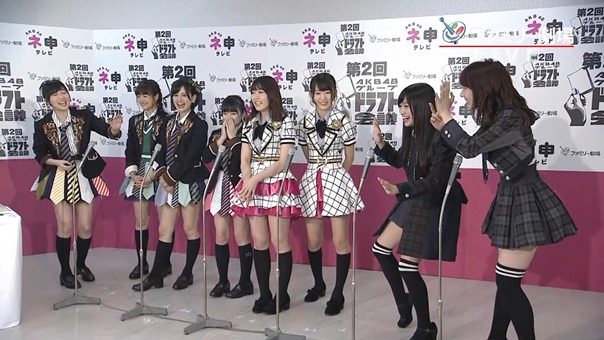 Look at them! Just look at them! I am already feeling the NGT blood running through them! Even Sashiko is jelly of the two, which is why she couldn’t stop teasing the hell out of them! 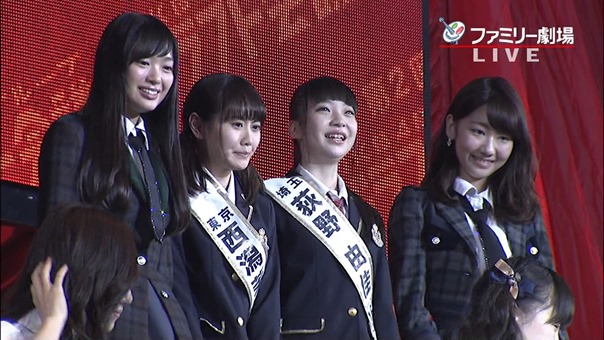 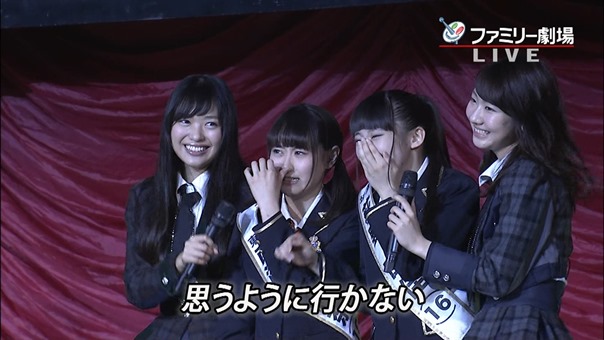 NGT48 is gonna be a family and I already feel a part of it! That’s strange, isn’t it? But I don’t care, my soul is already with this group! I eagerly await October to welcome more sisters to the family!

2 thoughts on “Ladies and Gentlemen I present to thee NGT48”