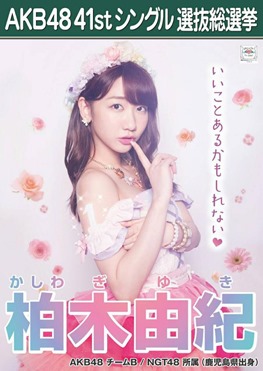 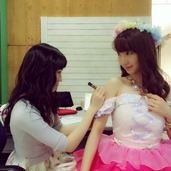 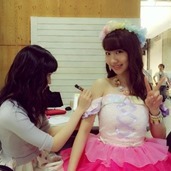 Yukirin at 2nd place in prelims!

This is SRS business! And we are not done yet! We still have two weeks, a lot more time to fight this battle and win! Looks like the power of Mayuki (as you can see she is the one that wrote that ‘1’ on Yukirin’s shoulder) and Yukirin herself finally picking up a sword did its thing!

Oh how happy she was, so happy in fact she even dished Yuihan on their date just to go to the Theatre and confirm the results for herself LOL! What’s even better is that we don’t feel at all pressured or even that worried about the final result and neither does she as she stated that come what may, she won’t feel bad or different any way and this is what I feel too but at the same time too excited just like her!

I have said it before but I am going all out this year and no matter what, I will know I did all I could and will be satisfied with whatever result hits us in the end! Yukirin has been great this year, well more than before, she has also been more happy this year as well (almost like she was nearing the end) so it would really be the best gift from us to make her No.1! She has given us so much we need to return the favour! No girl has been good to their fans as Yukirin, no one!

In other news, much congrats to Kitarie, Uuka and Karen-chan for making it, especially Kitarie to 10th! Obviously these rankings are change significantly over the next two weeks but this is enough! With Yukirin and Kitarie in Senbatsu (hopefully) NGT is getting off at a good start! Now if only Yukirin wins 1st, Kitarie stays in senbatsu and as a reward NGT gets to start with a completely new stage come November, all would be right with the world!