Yes, I know this is not your first series I’ve watched this year but it is your second…ever and just like the other one, this one too is an acquired taste but you know me, I am no n00b so as far as I am concerned, points for trying are in order and also Scout and Hedwig, despite their fate, is to my taste as ships go!

Yeah, if you are easily disturbed or one of those keyboard warriors, I would stay away from this one if I were you! Those with an open mind, tots check it out! I mean, we already have enough content these days so one that still follows the hated tropes is no big deal these days!

What a surprise of an anime!

You know what, I am starting to think that the future of content from Japan is in anime! I mean, before this we had Fragtime and before that some awesome as well and all from the same studio, like, you can’t make this up!

Seriously, I don’t know why I was so shocked by the maturity of anime. They were the norm back in the day but even then there was scarsely any that focused on romance like this one.

I am not sure what is happening but I am grateful Japan.

You can take all my money as long as you continue dishing out quality content!

Sadly this was an anthology and thus not long enough but hey, beggars can’t be choosers and these are really well made so…

Life is very cruel sometimes! Why God, why?! Why her!!!

I saw this video on my Subscription Timeline and I was bracing myself for the worst news we Idol lovers can expect – Yukirin announcing her graduation. Yeah sure, so far there has been no signs of her graduating and she has been pointing to her staying around for a bit longer still but we all know when someone says ‘announcement’ it can only mean one thing!

The actual announcement turned out to be worse!

No, she is not graduating even with this news but even still, this is much worse! If you have been a fan and following her you will remember that a while back, months back actually, Yukirin was having problems with her hand muscles. A fan of hers that is a Nurse helped her out and that issue seemed to have been resolved but it turns out that moment was an alarm bell!

During a health checkup she took part in a few weeks back, she found out that she had early stages of a Spinal-cord Tumor that is left to escalate would result in her being paralyzed! That issue with the hand a few months back was connected to this disease, which is categorized as an Intractable Disease – which means that it is either rare, lacks effective treatment or requires long-term treatment.

Yukirin found this out days before the 15th anniversary concerts! But she refrained from making it publicly known because she did not want to worry anyone, especially given the importance of those three concerts, one being Miichan’s graduation, the other Team *’s final tour concert and finally AKB48’s 15th anniversary concert, which in case anyone did not know, Yukirin was fully in charge of…fully!

I can assure you 100% that no one watching her during that concert or around that time could tell that she had this heavy cloud over her head…no…her entire life! Like, I can’t even begin to fathom how she managed to handle all this and went on to do those concerts like it was just another fine day in her life!

I never thought I would have any more room for love towards her as she is practically God level to me but here we are, my love for Yukirin just tripled! She is now my Idol for life!

I cried watching that video even as she is still taking everything so well. Just thinking about the future is…No, I gotta stop. I have to think like Yukirin. She is not letting this affect her life and she is committed to continuing as an Idol for a while yet.

As for the condition, they caught the signs pretty early so there is a great chance or recovery if she begins treatment as soon as possible. Yukirin says she is feeling super healthy and normal and she will continue her activities along with the treatment so warrants a few breathes of air but still…I feel so heavy!

And not to mention that the last time we heard of Mayuyu she was also sick.

Have a good day you all. 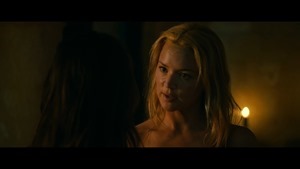 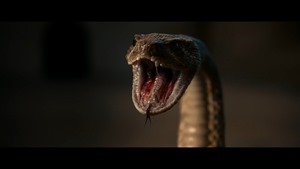 More lesbian Nun content?! Who am I to resist!

And I am not sure if I am going crazy but I could have sworn there was another lesbian Nun movie with the same name that was supposed to come out, or did come out a few years back…

Anyway, this has tension all over it! These are Nuns, and Benedetta is like – Chosen One material and even if she wasn’t, her being in a relationship, let alone a lesbian one, has no universe in which it would have gone down well.

But I live for this content! We dine in suffering over here so count me in when this movies hits theatres soon! Here’s to hopping it does come over here and I don’t have to wait for the physical release!

It’s probably just all metaphor but I really do hope there is a kind of divine side to this story and that Benedetta is actually the chosen one and Bartolomea is the Devil’s advocate come to challenge this messenger of God!

Yeah, probably not gonna happen but one can dream…

Anyway, jump over for that hot trailer and some more caps…

END_OF_DOCUMENT_TOKEN_TO_BE_REPLACED

And there goes another …WHAT…movie about teen love!

I mean, it is expected, as we’ve all been there but still…Well, at the very least there is no BAD END here per say! And while our two girls here do some stupid things, they are so obviously in love with one another but they just don’t know, or can’t accept the reality of things.

Which is a bummer because Diane’s Dad is really a laid-back Guy and he even noticed that Diane was in love with Julia, she of course totally denied it and even went into a rant but we all what the deal is!

Oh well, it is those times and at the very least they had fun.