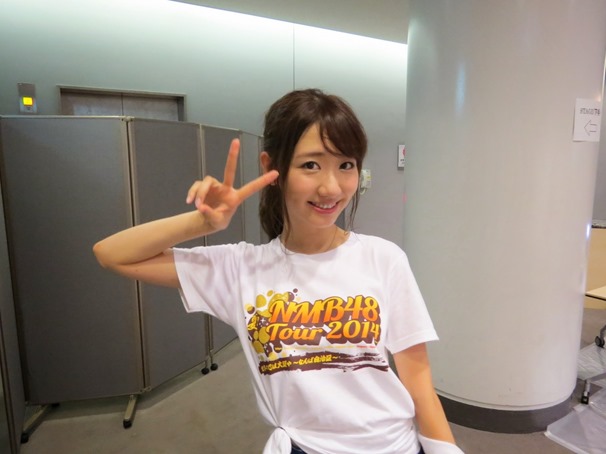 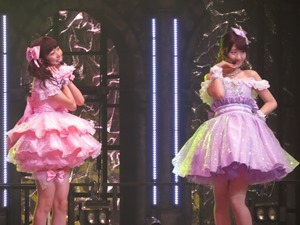 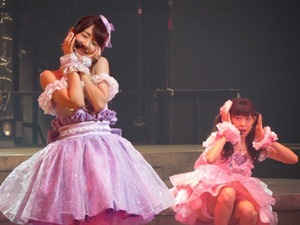 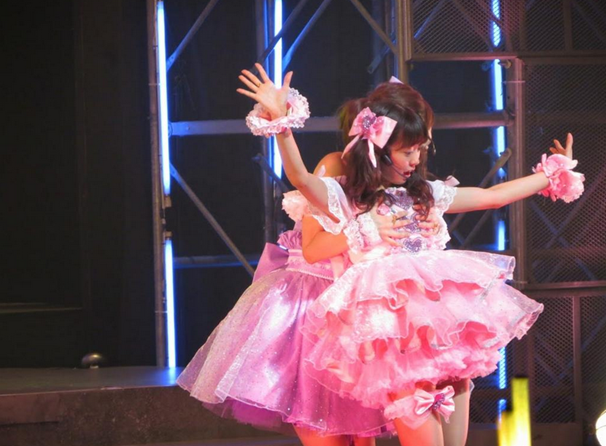 Pardon, don’t let the delicious pics of Yukirin fondling Milky fool you (well do but you know what I mean) for this is not that kind of positive post. It is about Yukirin and NMB, that is her Kennin position, and me essentially defending her. Though I am not sure why I need to, especially from this!

Now, I know and I am sure everyone too does, that it was bound to happen. She was bound to get back-lash for it, it was inevitable. Really, even I questioned that decision of her Kennin when it was first announced and still do but for some reason, there seems to be a fire building now for some reason. This fire was of course sparked by the announcement of the new NMB single, first one since the shuffled in fact which makes it Yukirin’s first NMB single too.

Now, all Yukirin fans out there will know that we are alike she and us in that we like to keep to our selves and let things pass us by and I was planning to do just that this time around too. But then a second person posted a comment that was like and  in support of that first one which went on to say how not okay it is that Yukirin gets to be Centre, um, to be the 2nd, Oh wait, the 3rd, nope, the fourth Na uh, the fifth in the new single’s line-up when she rarely is in N stages. She has in fact only appeared twice!

Now I ignored that first comment because I figured maybe they are new and needed to get this off their chest.

But then another user on the same forum posts the same point about Yukirin. I also ignore that. But then I go to another of my many public hangouts that I frequent and guess what I find? That’s right, another discussion going on about the same subject. Now, I am pretty sure that it isn’t the same people judging from the sites’ natures but I realised that unless someone actually tackles this, the fire might spread and our Kami would start getting negative exposure. We might be quiet folk but that doesn’t mean we are going to sit back and let our Kami be walked all over especially for something as silly. Silly because this is not new, this has been going on since I can remember. The more popular a member is the more busy they get outside AKB and thus the less AKB activities they will be involved in. Members who are only in one Team were already having difficulty performing in stages some spending even over half a year without appearing now factor in being in two different Teams, that are located in different parts of the country for those members and what do you expect?

Of course these views already started with things like ‘It isn’t her fault’ or ‘I don’t blame her’ but we all know what the sentences following these disclaimers always shows (I mean no disrespect…, I’m not racist but… >_>).

I know some NMB fans are frustrated, wait, why am I saying NMB fans? Yukirin is NMB too so by saying that it means she is not NMB, or they don’t think she is NMB and why would she be in a single if she isn’t NMB? And if she isn’t, if she is only AKB, that means that she shouldn’t be appearing in AKB singles as well because she just as rarely appears in Team B stages.

Speaking of that, let’s take a reverse approach. Take all the Sister Group members that appear in AKB singles, despite never appearing in an AKB stage! Why are they in them then? Ask yourself that first then get to Yukirin.

And first of all, think of the member you are questioning, their position in the whole 48G, their importance, not to you but to the product that is AKB as a whole! She could have easily been the Centre of the single but she isn’t! Not only is it Sayanee but Milky is ahead of her, and she was in line with Nana in Ibiza girl, not ahead of her. For this single, she is in fact 5th in standing. You already have it good, asking for more is being greedy.

Just because you are an employee at a restaurant, it doesn’t mean that when you go there for dinner as a customer you are going to be looked after better than if the Prime Minister went there. Crud example I know but it should pass the point across.

Besides, it makes no difference if she was in the last row or third or second, the point is that she isn’t in the first one despite the difference (power) between her and those in front of her.

But why now though? I shudder to think what these comments would have been like if she was the Centre in front of SayaMilky. Oh God, thank you so much for this. I didn’t think I would be grateful to Management for their disservice towards Yukirin.

Why is she getting a position when she rarely performs or even appears on NMB TV shows? Why? So that you can then turn around and complain about how she is taking up other chances for other members to get exposure by taking up a TV place? So KKS members (and other Team members in the case of Team B)  lose a chance to be known by taking over her place in her absence? if anything we fans should be the ones complaining because we don’t see her as much in AKB-related works! Really, this whole thing is…

Anyway, that’s that! I hope this doesn’t go any further! I am usually calm but when the pushing turns to shove, I am forced to stand up for my Kami to her defence because she is too good to do it herself sometimes unless it is about someone she cares about then she does act! But when it’s about her, it is on us as fans to protect her and so I write this post, in reaction to the comments about her getting free stuff by getting a position in NMB senbatsu when she doesn’t perform in stages as often.

Okay, enough is enough…So, that groping though>.< Would that make Milky the first ever girl to be groped by Yukirin? She is really breaking new ground these days. First that Yui-han kissing (she is really not good at affection to those who don’t know), then during Haachan’s graduation performance she comes out and says how unfair everyone even management were on 3rd gens as a Team (Yukirin isn’t really a person to say things like that) and now she is groping? And in front of thousands of people too!

Looks like something is awakening in her. Time to awaken something more within myself too it seems. Next Sousenkyou is gonna be marvellous!