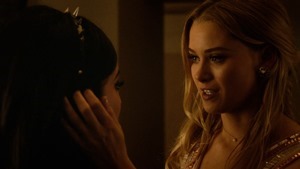 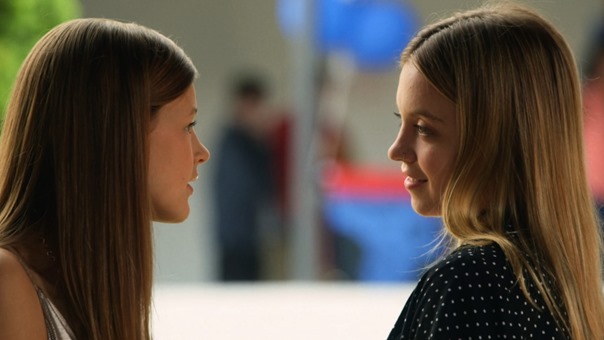 Thank you God, for the birth of streaming sites like HULU, Netflix and AbemaTV! For with them, the world is finally changing! We are finally getting content as it is intended to be consumed without being bound to regional laws (well, not so much), which then results into ‘Murica finally giving us great couples like the above!

Other regions are following suite. Japan shows running on HULU and Netflix are already miles ahead of the normal TV series and while they have yet to start getting into quality yuri shows, they are getting there. Meanwhile America is already into the game with two favourites of the year so far.

First we have the series I already posted about – The Runaways from HULU, a series about characters from a comic book, and I don’t want to say it but…I TOLD YOU SO!!! I had been told that Nico and Karolina have no chance since they didn’t in the comics but then I remembered the McGuffin of them all, Pretty Little Liars’ EMISON and what happened to that canon and I stood by my yuri-sense! I am happy to say that the series did not disappoint!

Thee there came something out of nowhere! Something so new that I actually only found out about it last week, got all episodes and watched them in a single marathon! Thing is the episodes were partially out in HD and so I had to settle for low quality in some of them but I was so invested that I did not even care! Also I knew this being a Netflix series that eventually we would get the top quality ones and they eventually dropped and of course that meant re-watching the whole series! And dear Readers, what a ride!

Both series ended on a note only befitting of a FINISH MOVE hence the best name for the title! Seriously, this year has gone off to a great start and while things might change in the following seasons, that is if there are following seasons (Netflix, get to it! Where is out Gypsy sequel!!?!).

I was lost in what to do, make a music video of these two new awesome couples or write about their finale episodes! In the end I decided to settle for both so a video will be following in the future! Since it has also occurred to me that I have another family on YouTube I did not even know about. So I have to keep them fed too.