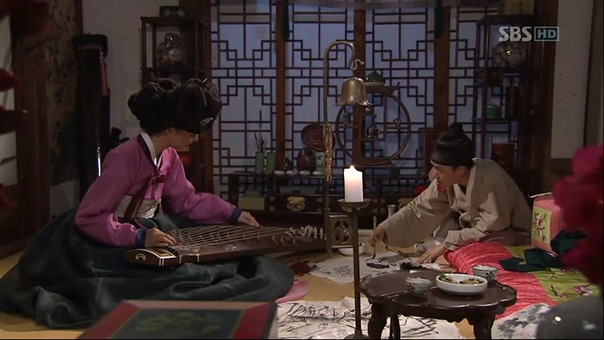 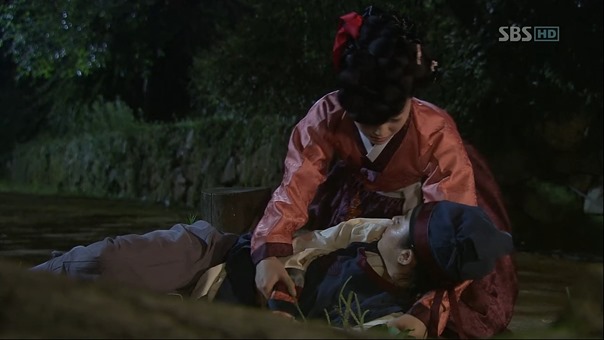 First of all – Yun-bok you fool!

Secondary I wish to apologize for thinking that the last episode was too dramatic! If that was dramatic then this third episode is comical in comparison! Seriously, I was sitting there wondering how I didn’t rail on this show as it was airing! Back then I was very new to things and was so flighty that I should have tore this show a new one but then again I guess it is the same reason why I managed to sit through it this time too. I wanted desperately to hit that skip button because of all the over the top drama but my love for Yun-bok and Jeong-hyang compelled me to take it all in, even the painful scenes! Seriously, as lovely as Moon Geun-young is it was a challenge sitting through her scenes, especially towards the end there after the-unmentionable hits the fan.

Thank the Lord that the Yun-bok/Jeong-hyang scenes are not as over-dramatic as the rest of the story. And speaking of these two, something totally changed between them this episode, well, more on Jeong-hyang’s side than Yun-bok but really, Yun-bok had it bad for the beauty of the town since she had laid eyes on Jeong-hyang so no change there on her part. This show aired in 2008 and yet Jeong-hyang and Yun-bok are still going strong as my favourite TV couple! They are yet to be dethroned by any other after all these years!

Really, thinking of it now, forget what I have said before. 2008 is the best year of yuri ever! That year we had movies like ‘Beautiful Crazy’, ‘Candy Rain’, ‘Miao Miao’, and the ‘Spider Lilies’ DVD came out that year too. Then we had ‘As One’ (AKA Forever the Moment), ‘Hellcats’, ‘Love Exposure’, ‘Martyrs’ and ‘Blood The Last vampire – Last Blood’. In TV we had this very show – ‘Painter of the Wind’, ‘Terminator the Sarah Connor Chronicles’, ‘Tru Blood’ and ‘Legend of the Seeker’. Meanwhile in Japan Toda Erika and Aragaki Yui graced the small screen together for the second time in ‘Code Blue’ and not to mention ‘Last Friends’ was that year too then there was ‘Gakkou ja Oshirarenai’ and FINALLY ‘Men-dol Ikemen Idol’. In anime we got ‘Mnemosyne’, ‘Michiko to Hatchin’, ‘Shigofumi’ (only one episode though), ‘Strike Witches’, ‘Koihime Musou’, ‘Code Geass’ (dat lesbian table humping), ‘Jigoku Shoujo Mitsuganae (the season that matters), ‘Ga-rei Zero’ and ‘Ikkitousen Great Guardians’. Seriously, just thinking of it now 2008 was one scary year!

END_OF_DOCUMENT_TOKEN_TO_BE_REPLACED 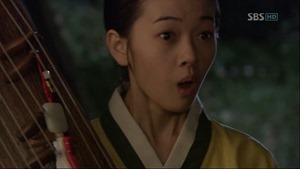 Alright, episode two here we go. This episode picks up from right where we left off from episode one. Just like clockwork, we get more awesome Jeong-hyang scenes and of course, we still get Hong-do raining on our parade.

I tell you now, these people at the studio who were in charge of this had to have been divided into two separate shippers just like the audience! And while the plot said that Jeong-hyang was END-GAME, that didn’t mean that the journey there wouldn’t be filled with both sides fighting it out to the death. The amount of Hong-do/Yun-bok is too much it is sickening! That trend went throughout the series and it stays true even in this episode.

Still, no matter how many scenes Hong-do has with Yun-bok, the chemistry between Jeong-hyang and Yun-bok always wins by the end of the episode, even if it was just one scene in total.

Enough rumbling, let’s get it on with the episode.

END_OF_DOCUMENT_TOKEN_TO_BE_REPLACED 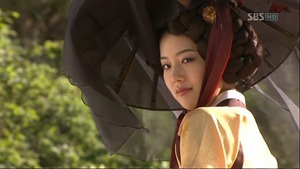 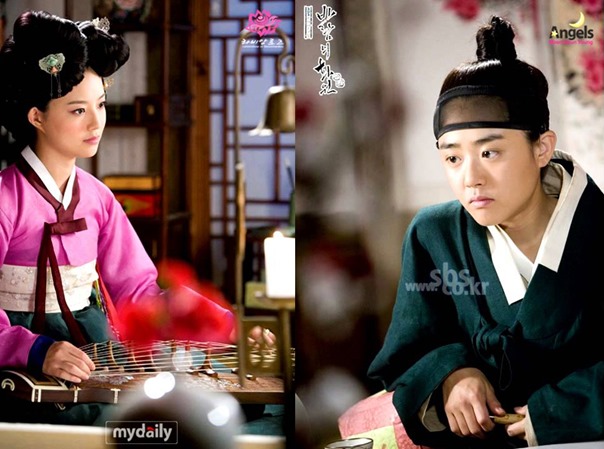 Dear Reader, since I have the time, and having been reminded by the community in the Hibike discussion, I decided to re watch Painter of the Wind – my favourite Korean TV show ever and really, one of my top 3 shows in existence. There are still shows like Xena, TTSCC and Buffy and those are like my guilty pleasures. Xena was like, the show that made the word ‘subtext’! It deserves all the respect!

PotW aired all the way back in 2008 starring the two world’s favourite Moons – Moon Geun-Young and Moon Chae-won. Wipe that grin off your face, they are not sisters! Anyone into Korean culture should know who Geun-young is and only the core fans know who Chae-won is. I have to confess that I did not know who she was too before seeing her in PotW.

In the 2008 SBS drama awards, Chae-won and Geun-young won the very first, and as far as I am aware, the only yuri best couple award for their roles in Painter of the Wind.

Geun-young played our heroine Shin Yun-bok, a daughter of a famous artist that was killed when she was young due to a scandal on a political scale. In order to save her and for her to be able to utilise the talents of artistry passed down to her from her father, she had to disguise herself as boy since women were apparently not allowed to go into that profession. Yun-bok grew up with the lads as a boy attending the art school with a dream of being the King’s painter.

Chae-won on the other hand played the Gisaeng (Female Entertainer) Jeong-hyang, who was the pride of the town and everyone wanted a piece of her (just like any other love interest for the main character really). But her story was not a fun one. As she tells Yun-bok this very first episode – She is no wild flower that is free for anybody’s picking.

So, why now after all this time? A Reader of mine asked me a long time ago to write about it and I said I was waiting for better subs, which I thought would be coming with the DVDs. I watched the series again when I bought the boxset. The Taiwanese version that I got had English subtitles with it but the DVD quality was not one to write home about. And so I waited for the HD episodes which showed up and when I tried to rip the subtitles from the DVDs to use on the HD episodes, I failed miserably. I could only get the subtitles as idx/sub files and I needed to re-time them to fit the TV since the TV ones had that intro with the ratings.

I somehow forgot about it since then but then came Hibike Euphonium and the ship wars that followed and I was ready to laugh at such childish wars. Seeing all those heated battle, I sat there just reminisced of the years long gone. To think that people are having ship wars over Shuichi! If anyone is like that over Hibike, I think they would simply commit suicide watching PotW. It’s been over 7 years and I still FEEL! But all was worth it! Having said that, I know of people who still don’t think that PotW had a GOOD YURI END. Hopefully if such a person still exists, my run through of the series will erase those doubts.

If this were any other series, it would be a reverse harem, a la Ouran Host Club. Yun-bok was a girl disguised as a boy in an all male school. She had three potential love interests in her step brother Hyung-min (who knew her secret), her rival in school Hyo-won as best protégé and their new teacher Hong-do, who fell in love with Yun-bok and was probably who the other audience that was not shipping the yuri were supporting. He was this close to winning the Yun-bowl but thankfully her finger was already bound with a red string to someone else.

Now, before we proceed, if you are new to this show, I warn you. Just like any Korean Drama you know of, the drama is too intense and the feels sometimes go way to deep. Not to mention the het side had the upper hand all the damn time! But unlike most times that I just simply cannot stand it, this time I could not help but take all them feels on and cry like a pansy every other episode. Every episode is an hour long. Twenty hours of feels, can you handle them? If you are sure, well then let us be on our way…

END_OF_DOCUMENT_TOKEN_TO_BE_REPLACED

My favourite KDrama of all time.

Painter Of The Wind

Guess what just arrived this morning in the mail!!

END_OF_DOCUMENT_TOKEN_TO_BE_REPLACED 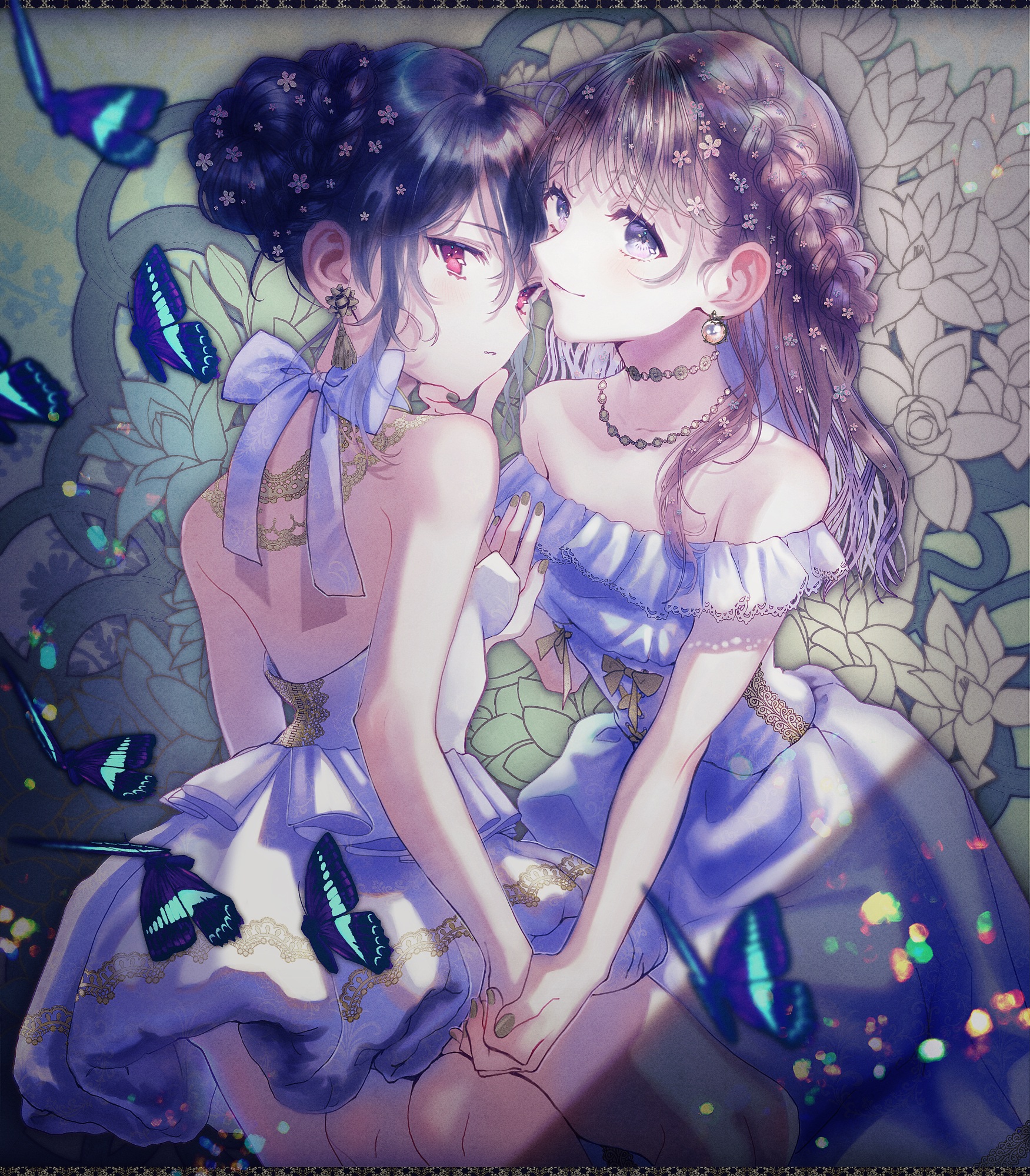