Frag-time is an upcoming animated movie based on a two-volume manga about a girl who can stop time for 3 minutes. Little does she know that there is another girl, one of her classmates, that is not affected by the abnormality.

I am so interested in this movie and its concept and I can’t wait for it to hit shelves. Sadly, that is a long wait away as it hasn’t even come out in cinemas yet! But what I am not going to do is read the manga before I watch the movie. I’ve learned my lesson quite a lot in that aspect. I have come to understand that it is better to get to adaptations first before going into the source material, unless of course there is no choice and you have already been acquainted with the source long before the adaptation.

The concept first of all, is intriguing in and of itself. A girl that stops time and there is another that is unaffected! Both having a crush on each other! Basically, they are spending those three minutes in a world of their own with no one else in it! And better yet, they are spending it wisely (read, looking under other girls’ skirts and all such), going on dates and basically doing whatever they would never do in front of other people!

And I haven’t read the manga like I said but this promises to be an actual to goodness pure yuri movie! I haven’t gotten that from Japan in a long while! Least of all one that might end on a happy note (if you have read the manga, don’t you dare!!)

Anyway, watch the trailer and more caps after the jump.

END_OF_DOCUMENT_TOKEN_TO_BE_REPLACED 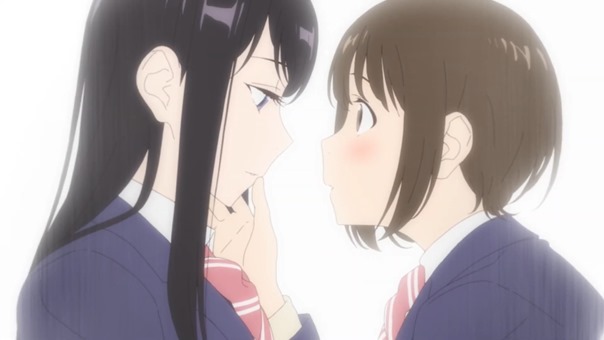 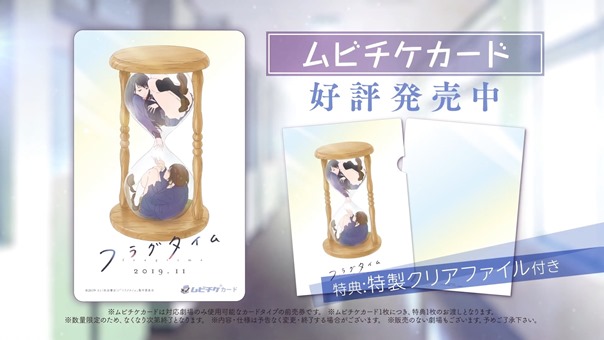 Moritani Misuzu (short light hair) is, is a girl who can stop time but for three minutes. Murakami Haruka is Misuzu’s very popular classmate and the only one that is unaffected when Misuzu stops time.

Misuzu learns of Haruka’s special case when she tries to stop time while wearing Haruka’s skirt (I don’t know how), and she finds that she can’t. In the midst of being intrigued by this phenomena, Misuzu will find herself drawn to Haruka and eventually fall for her.

Meanwhile Haruka will use Misuzu’s ability to her advantage by making some weird requests of her ability to stop time. Some of which will hopefully include the trailer line of ‘Let me do whatever I want with you for three minutes’.

Sadly, we have to wait for a while for this movie as it doesn’t release in theatres until November and then add six months on that for the physical and yeah, almost a year before we get to enjoy this.

Oh well, at least it’s coming. I don’t remember the last time we had a yuri anime movie so this is great!

And since this is an adaptation, there is a manga that we can still enjoy. First time I’ve heard of it though so I might buy it just in case I can’t wait. I have learned my lesson to never read or watch the original before the adaptation if I can help it. I will try to wait after the movie to buy the manga, like I did for the movie TELL IT TO THE BEES.