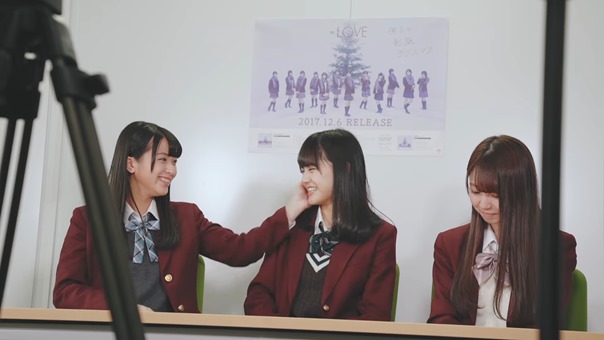 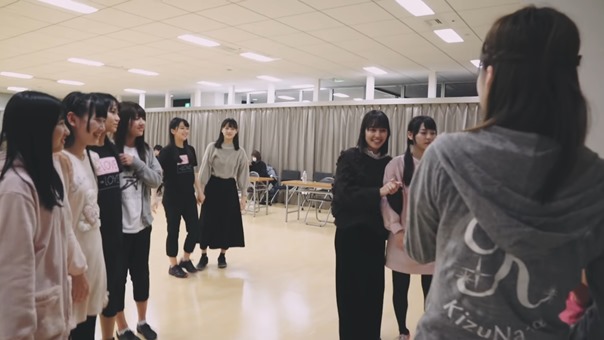 Putting aside the fact that I am definitely going to hell for using Mirinyan’s pain in this way, the saga that is Hitomaika continues! Episode 03 already and believe me, we are not done yet!

Seriously, I have not been this obsessed with a ship since Black x Gekikara and even then, there was a great deal of lack of content of them other than Majisuka Gakuen, where they only had an episode or so of interaction. I guess it had to do with the fact that they were both my Kami’s of their respective groups because I don’t think I would have been as obsessed with them otherwise.

Ah but don’ confuse Maika and Hitomi as being my Oshi too. Maika, yes, Hitomi? No! When and if it does happen, a ship in here that is like BuraGeki, it would be Risa and Maika! Risa, who will be featured in this post too with caps, was the one that stole my heart first out of this group but unfortunately, Maika came along and took a big chunk of that heart for herself so Risa is protons behind Maika on the ladder!

Interestingly, I think someone in management there also ships these two but I have yet to see much to make me ship them too. Though it has to do with the fact that I just got into Hitomaika and I am like glue! When I ship, it rarely happens that I change ships unless the girl is my Oshi, then I could ship her with anyone. But so far that has only been Yukirin and no there. No Rena, no Maachun, no Sakura, with anyone else but Jurina, Sayanee and Meru respectively!

Anyway, onto the point at hand…