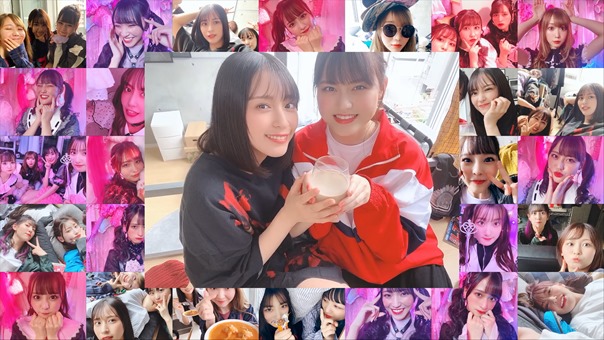 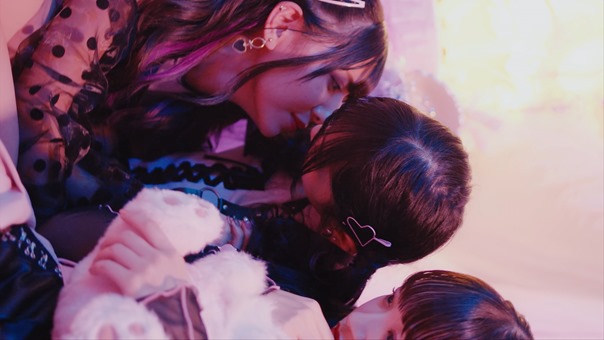 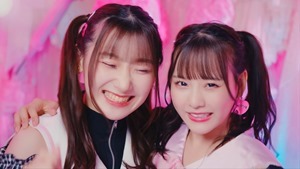 So, the word MOE still exists, right? Because I need it to express exactly how the Shukipi MV from =LOVE made me feel for starters!

Like, have you ever gotten a Music Video that feels as if it was made specifically for you? That’s how I feel about SHUKIPI from =LOVE!

Like, how long have I cried out for some Maika love!! Nit only do I finally get it but is it is far better than I would have ever imagined!

Firs of all, this MV was directed by none other than our very own Miichan…That’s right, I am talking about Minegishi Minami! Sashiko (The Producer of =LOVE, in case you did not know) asked Miichan to help with the MV because she figured Miichan was the perfect choice for the concept she was looking for and my God, did Miichan deliver!!!

Sashiko said it best, this is like Mika Ninagawa levels of production right there and she was totally right! This MV is just on a whole different level! And the fact that it wasn’t the likes of cutesy members like the Saitous or Mirei but Maika, the girl I consider the coolest of the group no matter what everyone says, that subversion worked wonders for this MV! It worked so well that when all the members had twin-tails for hair-do it was frikkin perfect instead of being all around weird!

I had actually planned on making this MV post part of my Hitomaika series but since the internet let me down by not giving us the camping extras from the Type B accompanying DVD, I decided to post this now and buy the DVD myself but it won’t be here for a few days and I just can’t wait! I want to put this post out before the MV hits 1m views, which it is already close to for a video that has only been released just over a week!

And so you can surmise that me wanting to put it in that series means that there is some Hitomaika content and indeed there is some, indeed, there is much more than just Hitomaika as this MV went all in for the ships as well, even if it was missing AnRisa! But theirs is a weird ship, as in it is one where I feel the friendship more than anything else! It doesn’t have that vibe that Hitomaika or Iorino have, you know!

But in this one case, for some reason the yuri took a back seat because I have apparently underestimated my love for Maika! I love this MV so much first and foremost because Maika is the center and the amount of screentime…Jesus! There really is balance in this world!

And that balance also covers the newly released MV today which is about Hitomi and Nagisa, just the two of them! Yeah, I haven’t watched it yet and it will probably take me a while to because I just don’t get that pairing. Maybe because Nagisa is like the 2nd centre? The favourite girl while Hitomi is the Ace? I don’t know, I don’t get it!

But to tell the truth I felt a bit cheated seeing that because then I started to feel what others were saying about Shukipi being more of a Nagisa or Kiara single instead of Maika because then I think that if those two got Shukipi then chances are we could have gotten a Hitomaika solo MV instead of Hiinagi?

But again, Shukipi balanced everything out because of how so good it is and Maika being the centre of it! Was it a cheap cheat? I don’t care, I got a Maika centre, a kick ass Maika centre that is probably the best MV from the group (outside of Caution of course).

I frikkin love this MV!

Hitomaika having a second hand kiss with the milk tea! Iorino almost kissing! Some MaiKiara! Some Saitouchu! A good amount of Risa (She is still my second favourite after Maika and speaking of Risa, apparently Maika is having a Risa boom currently so I expect some content from then too in that Camping Vid)!

And them twin-tails Jesus Christ!!! This MV is just all around deadly! And to all normal girls out there, Iori is of course on fire with her coolaid but I was kind of disappoint with her scene with Sana in the shower! Come on Miichan, you can do better than that! They are in the shower for crying out loud!! Oh well, I guess Nonno wouldn’t have had none of it!

And don’t get me started of the visuals! You all know me and beauty! I will let the caps speak for them selves…

END_OF_DOCUMENT_TOKEN_TO_BE_REPLACED

What I was promised! 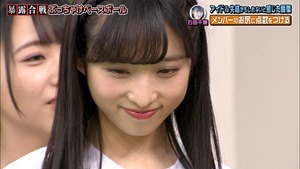 I haven’t seen this…phenomena happen to AKBINGO! in like, a long time! Nay, I don’t even remember this happening before! Now, I would understand if there was a long gap between episodes but these 6 days between each other! What happened?!

Not cool AKBINGO! not cool!

As to what’s going on, they are doing one of the regular segments these days, I call it the Confession Baseball! The subject at hand was members telling of their un-Idol like things they have done and out dear Ishida Chiho from STU48 came out about her finding ‘the crack’ irresistible! She got to pick two members she has most wanted to ‘check out’ and she picks Team 8’s Oguri Yui and soon to graduate Sashiko, Sashihara Rino!

Anyway, while it was great seeing Chiho poke YuiYui and Sashiko’s butts, I am still very heart-broken that I did not get to see a younger member get her way with Yukirin! You all know how hard it is to get her in these kinds of situations and this one of the few times we do, they deny us!?!

END_OF_DOCUMENT_TOKEN_TO_BE_REPLACED 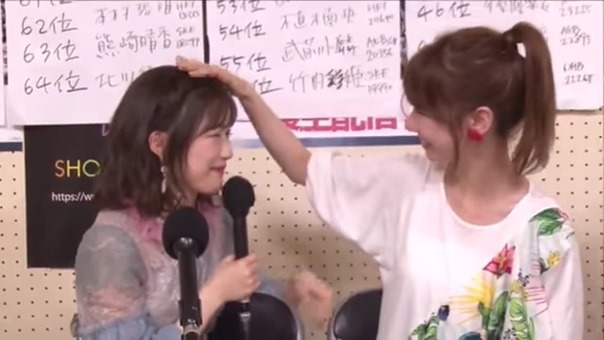 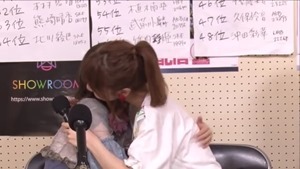 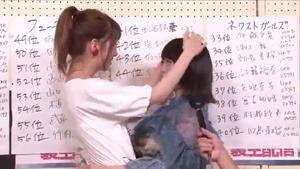 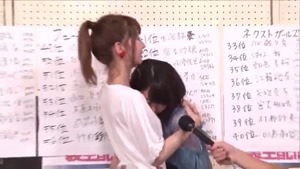 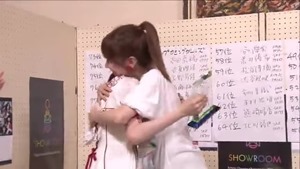 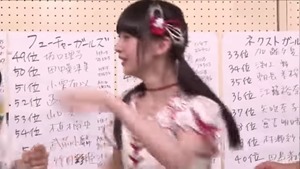 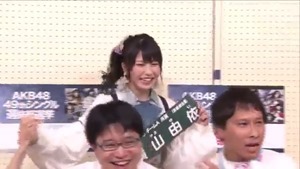 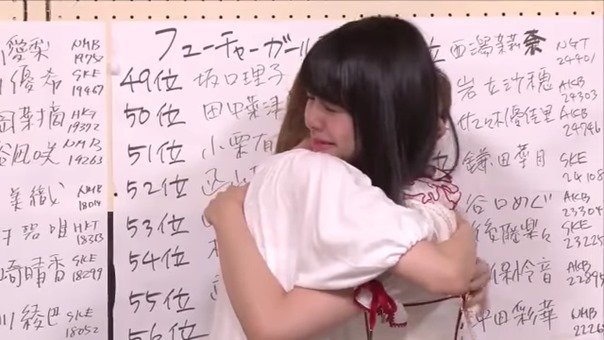 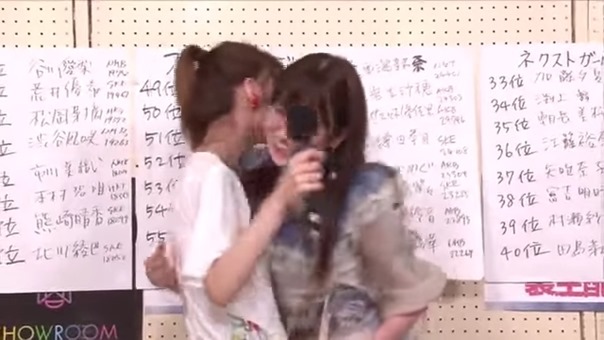 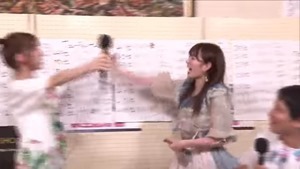 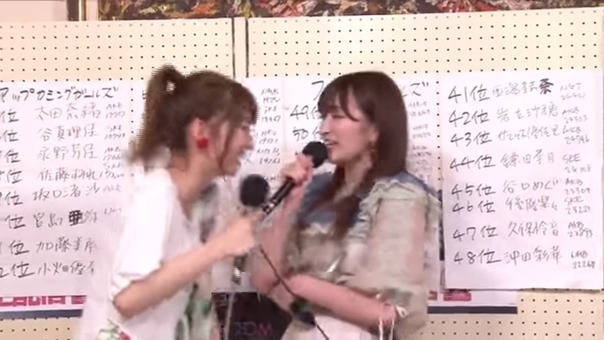 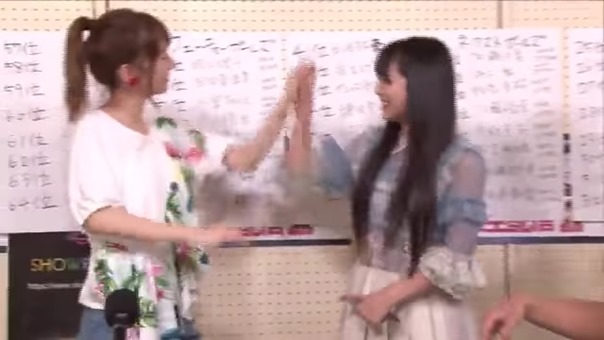 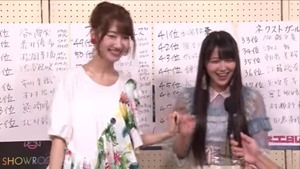 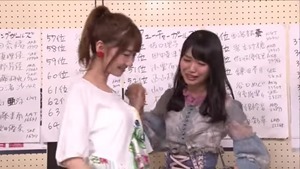 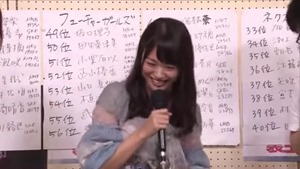 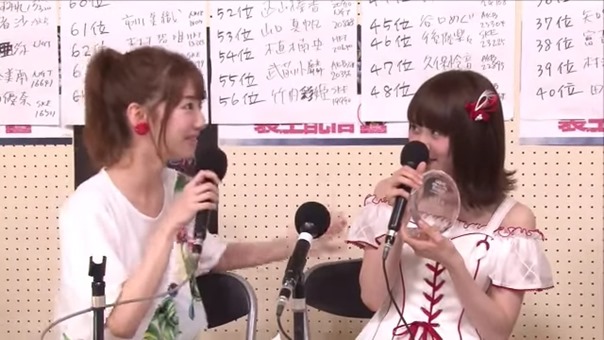 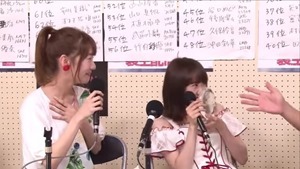 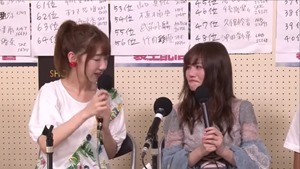 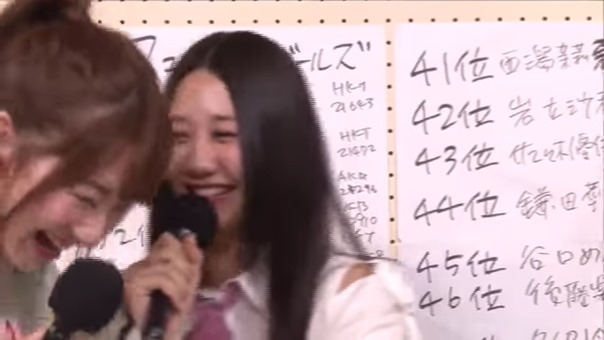 Like, this is no regular SSK, this is the YUKIRIN BOWL!

Jesus, I have never seen so much hugging, hand and eye sex in the same sitting like I have done with this 9th SSK Showroom special hosted by none other than yours truly, the Idol of Idols – Kashiwagi Yuki!

Dear Yasusu, whenever you ever look to retire, do not worry, there is a worth successor to your Kingdom. Yes, I know who you are thinking of already but you know, just in case you ever have to fall back to plan B, I am just saying!

But that is talk for other people, what I am interested in is the real subject at hand and that is WHO WON THE YUKIRIN BOWL?! That is going to be a tough one! And yes, that implies that Mayuyu might not have had it easy this time around! But that explanation requires details and time for those I do not have right now. There were of course some disappointments, I am of course looking at you Okappa-chan, Sakura-tan and Sashiko too! Actually add Sayaya and Jurina on that list too. I was expecting something from them and I did not get it but hey, competition was really tough and some already gave up all the way from the get go when Mayuyu struck the first blow! A blow that only the Soukantoku could counter by managing to take some points off the table in the early stages before the game even started!

Seriously, if you haven’t watched this showroom yet, you watched the wrong SSK! Get to it already! There are countless copies of this on YouTube, A!O has it too (though I do not recommend their copy. It skips a lot towards the last 3rd of the video).

But even though the battle is to soon be decided, here are my Top contenders:

Okay, that doesn’t help at all, huh? Well, that is all I can do. But really, who am I kidding, you all know Mayuyu is going to be in the Top 2 so…

Anyway, chew on this for a while and I will see you soon…

Redone and Translated from the original Magazine article for your comprehension (see after the break for the original scans), here be your answer, to all those who are wondering why girls are still auditioning for the Yasusu Movement!

That right there is the money earning rankings for all Idols in Japan for last year and 10 of the Top 11 earners on that list are all from Team Yasusu!

Now, I am not sure on what basis exactly is this being evaluated but the results are very surprising indeed! Only 10 million difference between Yukirin and Sashiko?! Like, how?! What did Yukirin do last year other than her tour and Majisuka Play compared to all the TV shows, all those HKT tours that Sashiko was in! Seriously, every single day until this very moment whenever you go on these sites to grab your vids, there is like 80% of files with Sashihara Rino in the title!

Girls from other groups who have been appearing in Dramas and Movies are not even in the top 20! Like, I don’t even know what is going on but I am happy for Yukirin. Evidence suggests that it is because of Yukirin TIME but many other girls do radio shows regularly as well so…

Either way, I am happy for her, and the Team Yasusu girls! See kids, hard work and patience pays. Hang in there and you shall be rewarded in the long run.

Anyway, saw this yesterday searching for some daily Yukirin bread and found it quite interesting, in more ways than one, like how low last year’s earnings were compared to 2014 where the 11th ranker (who was actually Matsui Rena), earned more than Sashiko did last year!

END_OF_DOCUMENT_TOKEN_TO_BE_REPLACED

What is going on? This is not muh AKB!!!