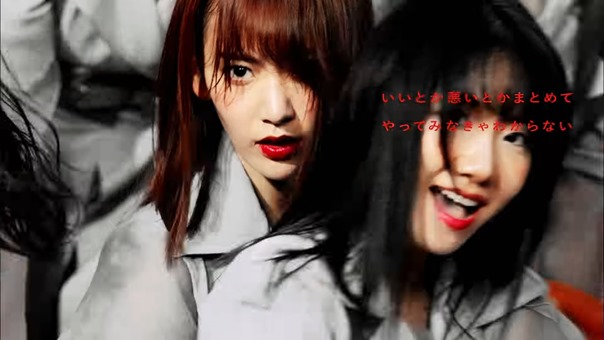 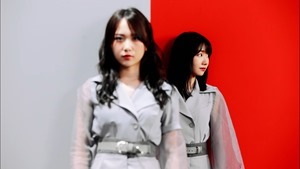 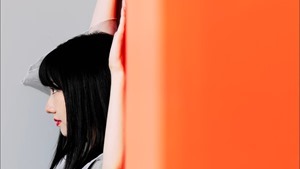 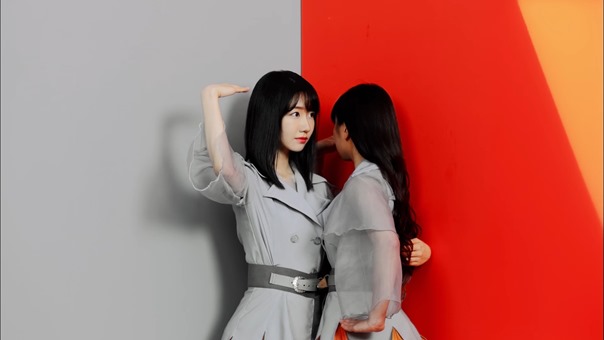 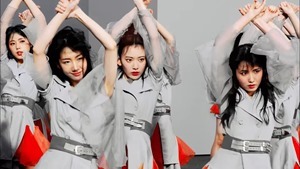 No way did I just see that much Yukirin in an AKB48 music video!

No Way did I just see a Shadow Yukirin Center!

No way did I just get CBS in an AKB music video!

No way did I just get another cool single after all these years!!

END_OF_DOCUMENT_TOKEN_TO_BE_REPLACED 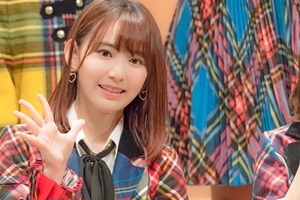 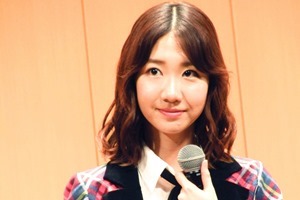 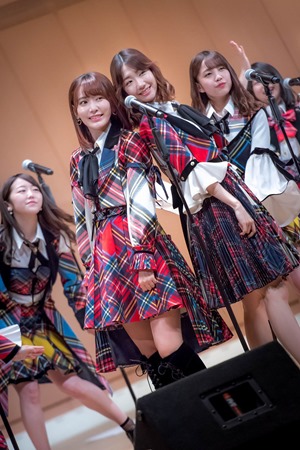 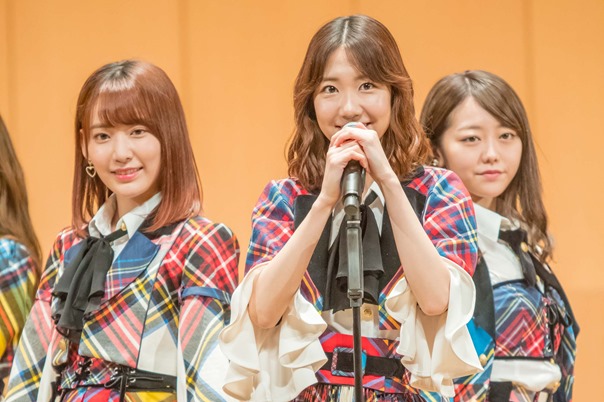 Oh how I missed you my lovelyz >.<

A huge ‘thank you’ to all some of my favourite photographers on Twitter ( @nyoki_yama, @meimei209a, @photo_nyonyo, @tigerhouse1978 and @taka_masadesu) for sharing these lovely pics of AKB48G in Fukushima, doing that free live thing for social community support.

Lord, it feels so long since I last got got some Kagoshimai content! And to those who still don’t know these weird terms I am using here, ‘Kagoshimai’ roughly translates to Kagoshima Sisters, which I first hear from Sakura-tan when the two were promoting ‘Crow’s Blood’. They are Kagoshima sisters because they are both from the same prefecture (Kagoshima). There are two other members in Team Yasusu from Kagoshima (Nogizaka 3rd Gen’s Ozono Momoko and Team 8’s Shimoaki Karin).

As for CBS – Cherry Blossom Snow, is my ship name for Sakura-tan and Yukirin! One way you can think of Sakura/Yuki if you took the Sakura that means Cherry Blossoms and the Yuki that means Snow and when you combine them you get…

With that out of the way, I am still surprised that once again AKS proves to be the most incompetent when it comes to decision-making because they have yet to capitalise on the fact that these two exist and thus using them to sell! But really, if they let Mayuki slip through their fingers (MAYUKI…*cries a bit*) they will most definitely not do shit with these two before Yukirin leaves!

What am I even doing wasting my brain cells here…We all know someone up there hates Yukirin with their guts so chances are that someone has brought these chances up before in meetings and they were simply shot down because otherwise I don’t know how they can not see the potential here!

Oh well, I will just continue enjoying them by myself and be glad that I seem to be the only one (and maybe a few others) who sees their potential to make AKB48G great again!

Eh, at this rate I am just waiting for Yukirin to dump their asses so I can quit the Idol life too!

END_OF_DOCUMENT_TOKEN_TO_BE_REPLACED

Having already sobered from the high that is the sheer fact that we have the Kagoshimai facing off as the captains of Red and White teams in AKB48’s 6th Kouhaku Utagassen, I finally got the mind to sit down and look through the line-up and man…Talk about unequal ground! Things get even worse when you see the whole listing of the full members! Like, are you even serious Bruh?!

From talent to star-power Red Team has White beat in all regards. Dancers, singers, Kamis, Aces…Jesus Red team, what even?! There is no way that White team is going to win this without some strings being pulled!

Starting from the top, look at those captains!! Red has two of the most experienced ‘organisers’ in the group, one with her own solo tours (Yukirin) and the other with a whole group (Sasshi) and both a super nerds when it comes to Idols so like…I don’t even…. And let’s not forget the instrumentalists in Nao, who is backed-up by Sayanee, Rion and Aoi. Meanwhile don’t get me started on the vocals (Miyu, Erina, Sayanee, Yukirin) and dancing skills (Yokoyama Yui, Tano, Yuria, Jurina, etc, etc…!

Oh man, this is going to be some brutal experience!

Thank the Lord that I am mostly going into this for the Kagoshima combi. Yeah yeah, I know they are supposed to be competing but hey, at least finally AKS is recognising their duel value so this is a cause for flipping out in happiness!!!

What are the odds that instead of singing different songs like the captains that have come before, they instead both sing the same song and battle it out dance floor style? I mean Sakura VS Yukirin in a music performance battle is pure madness but if they were to perform the same song while doing the thing, al else is forgotten!

Alright, that is it. If you want the full listing, go to Stage48. They got you covered…

Alright, continuing on from last episode’s post, I am going to be supporting my theory from last time with more evidence from this episode. To those who are just joining us, I had a theory on how Mai (Yukirin) had a more interesting role than merely a group leader. Now of course her role is actually pretty big already, with her name coming in 4th place in order of importance but an idea came to me that hinted at something more than that. Of course the only remaining question is if the studio had the guts to go through with it this time, or turned chicken once again. Episode 3 is why I am bringing the chicken feet into this!

Yeah, episode three was pretty disappointing. Like, is this a horror series or some kind of historical drama series?! Enough talk, more killing! Seriously, what the hell was up with all the talking?! Episode 2 was the perfect balance between talking, action and even that sprinkle of yuri goodness. Episode three was only talking, talking and more talking and nothing else!

Going back on topic, the theory is that just like Kaoru (Mayuyu) seems to have that guy (that eats up way more screen time that he should) in the relationship department so does Maki (Sakura-tan). Every main lead needs one, right? We also know that Kaoru and Maki are considered double leads so where is Maki’s relationship development? The answer to this is Mai (Yukirin) – or so the theory goes!

I spent last episode’s post giving evidence to support this but if you read that post you might remember that some evidence was saved for the second episode and so I am here to touch upon that evidence. This time we shall see more support for the M!M (Maki/Mai) ship and also why the Maki/Aoi or Maki/Kaoru should not even be considered.

Speaking of, let’s begin with Aoi and Kaoru and why they just can’t do (cannonically of course)

END_OF_DOCUMENT_TOKEN_TO_BE_REPLACED

Okay, this has been way overdue but I am glad I waited because the other day I was re-watching episode one after getting the second episode in HQ and I noticed something very, very interesting. Now of course this might as well be just the fruit of my CBS shipping heart but who cares. This is how I do things. I approach media with the couples that I dig and my ship in this drama is of course CBS.

Not to brag as well but notice how even my subconscious is great at detecting non-yuri? I am an avid shipper of Mayuki and if you are shocked by that, shame on you, but you must have noticed that I have not mentioned Mayuki in context of this show even before it aired! We knew nothing then but as if my conscious was looking out for me, I never even entertained the idea of Mayuki in this show, or as we should know it Mai/Kaoru!

Instead my mind was all on CBS AKA Mai/Maki. I have deluded myself more than I should already about this ship but then it was just my inner shipper going out of control basing my happies on just what could be instead of what has been.

Well, forget delusions! After the two episodes my delusions are seemingly on their way to becoming reality! Seriously, my jaw dropped the more Mai/Maki scenes we got and more of this when we get to episode 2 but for now, let’s stick with the first episode.

Before I go into it let me tell you that interesting something that I noticed. So we know Maki and Kaoru are the two leads. What is that something that every leading character has? A relationship. In some cases where it is a duo lead story like this, the two mains are usually put into the relationship and even when it looks like they aren’t, they eventually end up together because it was all for the drama. That is usually in romance stories.

Now, one might argue that Crow’s Blood is no romance story but all who have seen both episodes know what is going on with Kaoru and that Dude! Seriously by the end of the second episode Kaoru is ready to have that Dude’s babies! More on Kaoru’s side of things later.

So, they have obviously given Kaoru a love interest and no matter how you look at it, Kaoru/Maki is not happening! So Kaoru has her emotional corner covered that leaves the other lead Maki. What about Maki? Where is her emotional anchor? Are they going to leave her hanging while they take care of Kaoru so well? Is it because she is kinda zombie and thus unable to be in one? Bullshit! We have seen enough evidence to know that Maki has feelings. She is like Arcueid in Tsukihime/Melty Blood, or Alucard in Hellsing or the Wolfman or any other lead in the monster-led story. She is the Beast and so she must have her Beauty. In other story structures, the Beauty would have been Kaoru but we know now that is not the case in Crow’s Blood. In fact it couldn’t be farther from that.

Yes, Maki is going around kissing girls left and right (by the end of episode one – zero, but by two – four!!!) but of course there is no romantic meaning behind that, otherwise that last kiss in the second episode would make things super awkward!

And so there I was, re-watching the first episode and then going on to the second and then my brain exploded in wonderful chocolatey fireworks! I found the Beauty to Maki’s Beast. I found Maki’s emotional anchor. I found her relationship thread in a character that shocked me beyond belief…

Yes, I had had delusions of this before the series started but of course that was all in my mind and never did I think that there would actually be something to it until the shows began! My mind was completely blown! When that thought occurred to me it grew like a cancer. It could not let go of me to the point of actually, actually, having a dream of this ship! I might not convince you as I might need more evidence with the following episodes and actual results, which might not really happen but let’s take it step by step and begin with this first episode…