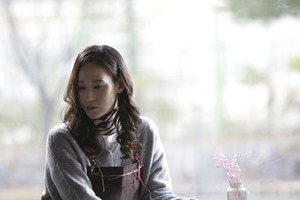 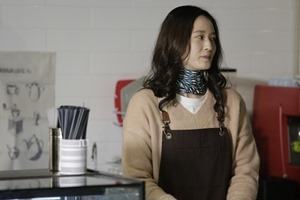 I finally got around to watching this after all those teaser images!

It has been a while, and as such, I totally forgot about what the story was about until I got to watch it. But even still, I was a bit surprised by that twist towards the climax.

I expected a student/adult controversial relationship, and I did get that, but there was another twist, which was that our main character (Hae-soo played by Rie Young-zin) was transexual, who had just gotten surgery. You could see how she was struggling with the transition, and I wish that she talked more about that aspect of her life with our other main character Ye-jin (played by actress Yoon Hye-ri).

Unfortunately, the writers chickened out as usual, with the ending, as it was just abrupt, without any resolution between Ye-jin and Hae-soo! But for some unfathomable reason, Hae-soo and her Stalker kind of boyfriend had a resolution, even as they were breaking up in said resolution.

But really, what’s new in that department!

Other than the abrupt and lacking ending, I totally loved the rest of the story! The flow and their development was near perfect, until the very end that is!

Theirs was a real relationship. While it was surface level, Hae-soo did talk a bit about her situation and Ye-jin’s life was an open book for Hae-soo! Ye-jin confessed her feelings instead of hiding them until it was too late and Hae-soo gave her a reason why she could not return them at the time.

Moreover, it was not the end for them after the unsuccessful confession. Ye-jin still stayed the night at Hae-soo’s and the only reason they went sideways was because Ye-jin’s mother asked Hae-soo to fire her from her work so she could concentrate on her studies. As she was looking for a peaceful life, not wanting to add more problems to her already complicated life.

BETWEEN THE SEASONS makes that 5 movies I have seen of age gaps, the largest being CALL ME SIS, which you can watch on gagaoolala, in which a woman with three children; one in work force already, one in college (who was gay and had a girlfriend) and a son in high school. The son had a female friend, and it was her that his mother fell in love with!

A mother, falling in love with her son’s classmate!

Back to BEWTEEN THE SEASONS, while the gap is not as big, Hae-soo is definitely a few years over Ye-jin for sure! And no, I am not complaining. I am an all you can eat kind of person. It would take something very extreme to make me complain about something.

But, even if I was a complainer, I think I would still like this movie. It was well made and soft in a way! I did not think that there was anything that required an acquired taste. Both characters were lovely. Hae-soo was kind and loving and Ye-jin was not obnoxious, like most high school girl characters.

The story goes that Hae-soo just moved to town from Seoul and has opened a local coffee shop. One day, Ye-jin walks in for a coffee and having seen how Hae-soo was struggling to take care of everything by herself, she decides to step in to give a helping hand, which gets her hired for a part-time job.

As time goes by, the two grow closer and Ye-jin falls in love with Hae-soo, while she tries to live her life in peace.

It was a true slice of life story and very heart-warming watching them grow close.

Truly, if the ending was good, I would have added this to my Top 15 list. It was that pleasurable. But the fact that we did not get closure, especially since the last time we saw the two have a meaningful talk was after the confession that was not realized.

Seeing Ye-jin help brighten up Hae-soo’s life, both literally (making the café less dreary with decorations of cherry blossom branches and lighting) and figuratively (by making Hae-soo’s life less lonely when she moves into her life and puts a smile on that face), I tell you all, it was lovely seeing that!

In addition, the movie also touched upon homophobia, mostly in Ye-jin’s school, which, now that I think about it, I have seen a few new movies that touch on this subject, even some web dramas too. It is great to see that they are trying, even if they have not gotten there yet, what, with the endings that leave something to be desired, and sometimes rendering their tries at representation, fake!

The movie is out now on the interwebs and I recommend you check it out. Too bad there was no FHD or higher quality but as the saying goes; beggars can’t be…

Of course, this means that if it does come out on Bluray, I am totally getting it. I am counting on you PlainArchive!