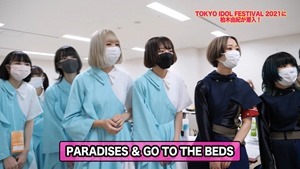 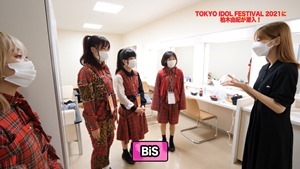 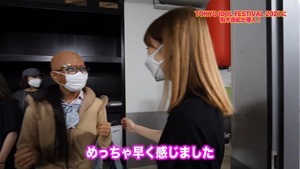 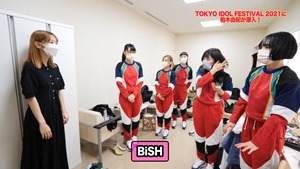 Though I am not sure if it’s AKB48 or just Watanabe Ent but I am sure AKB Management had a say in the matters (They just didn’t come up with the idea, that’s for damn sure) but anyway, to the un-initiated, Kashiwagi Yuki AKA Yukirin AKA YUKI-REISOLE (her name in WACK), my Goddess and Kami of Kami (seriously, I have stan’d since 2009!), just up and decided to challenge herself and do a transfer position into WACK company (coincidentally owned by a Watanabe…coincidence? I think not!)

Again, if you don’t know, WACK is the company that groups like BiSH, BiS, GO TO THE BEDS, PARADISES, etc, belong too! In otherwards, an out of the ox kind of company that is on the other end of the idol spectrum compared to groups like AKB48 or H!P! I am still trying to wrap my mind around Yukirin belonging to such a group!

And it’s not just one but she is joining all of them!!! I know some fans were probably lost but I am not one of them! In fact, this surprise was a god send! Why? Because I have been clamouring for cooler Yukirin since BLACK-san from MAJISUKA GAKUEN! In fact, she spoke of this in one of her recent YouTube videos where she states that while she did not understand the character of Black and her being very different from the real person, she got lots of messages from people who became fans of hers because of the character of Black!

It is probably also another reason why she decided to challenge herself and try something different and change herself, which just happened to be the cool kids in the Idol world and those are the WACK groups!

But we knew all this, what I am writing this post for is the new information we got! First off are the new release dates now for the singles from all groups, which had to be postponed because of Yukirin emergency spinal surgery she underwent in Taiwan in the month of July! The singles will be released next month at a mere small price of less than 600 yen each! That’s less than €6 here! Simply unheard of!

Yeah sure they will be releasing 7 different singles at the same time but groups sell different versions every time and they charge over 1000 even for CDs only! Not sure what they are up to but all I know is that this is the first time I am buying any WACK single, but I am buying all 7 of them and the special collector’s box, which I believe will be around 40. So that’s 42+40 = 10000 yen including shipping!

That’s nothing for my Oshi!

Next up is the other shocking news that Watanabe-san announced along with the prices and release dates! First off, Yukirin is bringing the Sousenkyou with her to WACK! That’s right, there is going to be elections to choose the top 7 out of all the seven group members of WACK! In other words – The WACKVII!

Okay, that’s not the actual name (if they will have one) but WACK are getting their own Kami7 thing going soon, but why?! If your first thought was that it has something to do with Yukirin…

No, it wasn’t Yukirin’s idea! She doesn’t have that much power…yet! As we know WACK is run by one and only one person – Watanabe-san alone! But seems like he’s looking to expand and I mean, he has gotten help before from other people (like KURO-chan – who will be writing Yukirin’s new single) but here Yukirin is getting a bit more power!

Those WACKVII selected members? Well, Yukirin will be their producer!!!! You heard that right! I was shocked to say the least! If there are salty people who think she came to take over…well, why I would laugh at that (I don’t think Yukirin is there to stay! She’s just trying to get out of her comfort zone and change her image), this is sure to be fuel for their fire!

I just hope it doesn’t get bad! NMB48 Kennin was bad enough, I don’t want those days to come back again! And that was even within the 48 family! While I haven’t seen any fires, I sure haven’t been looking for them but I am not going out of my way to look either! I am tired of negativity!

Anyway, I am here for this wacky project and what it’s bringing to us! Almost release month! I am so buying all those singles! I wonder if it will be one Yukirin solo or if she will have multiple foe each group! Probably one but I really can’t wait!

She’s basically going to have seven different personalities because all these groups in WACK are all different! I can’t wait to see what she does! Seriously, 7 different cool Yukirins at the same time! How to handle all that awesomeness!

And finally, Yukirin went to this year’s TIF, even getting a VIP room for herself even though she was just a guest (THE POWER!) and funnily enough, the fans didn’t miss the number they gave her room (345) which of course if you are one of us, you know that number is most known for Sashiko (Sashihara Rino) Even Sasshi commented on it on twitter (LOL)!

Anyway, while there she watched all WACK performances like a hawk, almost like research and really, it definitely was and she says as such when she says she was inserting herself into their performances in her mind in kind of a mental exercise! I wonder how she went on, because I still can’t picture her into any of those group…well…maybe PARADISES!

This is kind of like a reversal and return of favour to when three members of BiSH came to watch her self-produced AKB48 concert way back in May! The members were Chittiii, Atsuko and Momoko!

After the performances, the last of which was BiSH’s (where they sang the same song six times!!!) the girls went to take some pre-cure photos! Like, even if Yukirin seems to have favs from other groups, she’s definitely bonding more with BiSH!

I mean, shipping her with Aina-kun doesn’t help in the least and even she knows it and probably Aina-kun will definitely make it into the WACKVII and we might get couple performances from that project (make it happen Watanabe-san!)!

Anyway, that’s the little bit of update from that YUKRIN x WACK one of a kind project!

I am really looking forward to this!