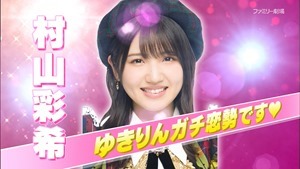 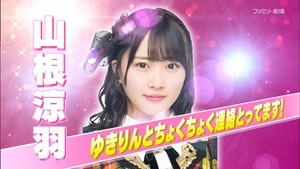 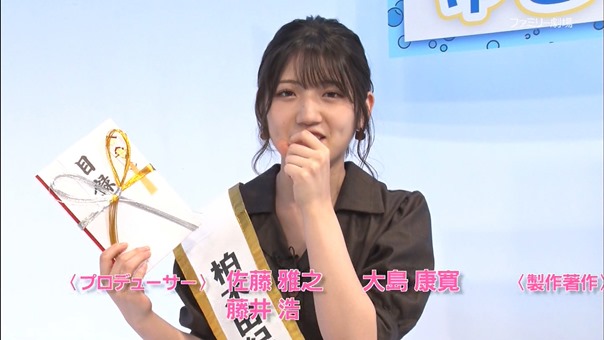 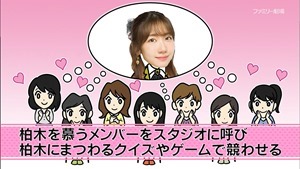 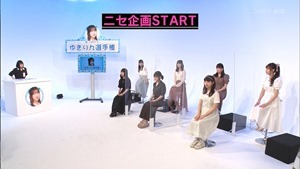 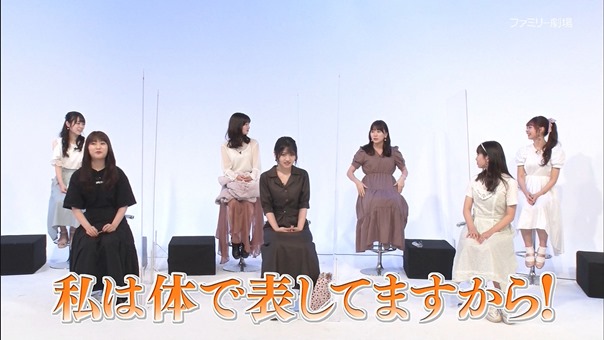 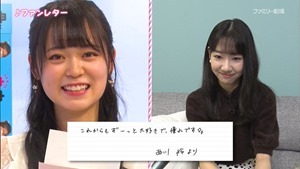 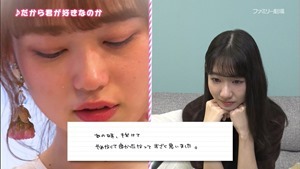 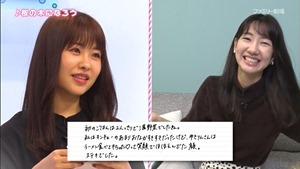 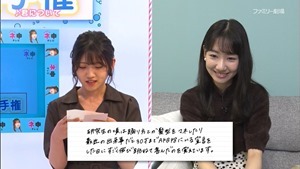 Speaking of the participants, the members taking part in this battle are Murayama Yuiri, Nishikawa Rei, Asai Nanami, Omori Maho, Kubo Satone, Nakanishi Chiyori and Yamane Suzuha! Yeah, I am surprised as some of you are with most of these. Maybe because I have been out of the loop lately since Mayuyu graduated but the ones I know of are the first two (Yuiri and Rei).

Anyway, these two episodes were entertaining, with the highlight being the fan letters that the members wrote to Yukirin and read out at the end as the last stage! I have to say that yeah, Maho’s letter hit hard. Like, how can one not misty up when she says that it’s because of Yukirin that she is still active!? First time was when she just joined and had doubts thinking that she was too old and might have been too late, having come out of highschool graduation (I didn’t think she was that age!!) and Yukirin had to re-assure her to at least try and if she finds it’s not working out then she can quit. When that time came, around Juri’s (Takahashi Juri) graduation, Yukirin stopped her from quitting and now where is she? She is one of the ‘New Gen’ favs!

Yeah, I have to confess I thought that would win her the title. Especially since Yuiri hadn’t faired well at all in the quiz!

Still on the letters, another favourite moment was from Suzuha, who forgot her name the first time Yukirin talked to her!  Iam serious! Even Yukirin confirmed it that she introduced herself with the wrong name! Like, how cute is that!?! It seems too that she is that kind of character, a kind of airhead but those are usually the best girlfriend material, am I right!

Outside of the letters, the other interesting moments were the jealousy that some members showed towards the other! One of these jealousy types was Yuiri, whose green eyes showed during the quiz! She had two moments like that towards two different members.

Then there is Rei-chan, who came out to us during the ‘show-off’ segment when Satone was talking about how she used a two-shot of her and Yukirin in the finale of her solo concert! Rei-chan says she hated Satone in that moment, because she was jealous!

Then of course there’s Chiyori, who couldn’t stop bragging about how she’s the one closest to Yukirin in all the ones present and how she’s been out with her to dinner dates multiple times while the others haven’t even had one! Poor Yuiri was seething!

As we all know Yuiri has already come out, and Yukirin has confirmed it, about how she has had many a dinner dates with Yukirin cancelled on her. Isn’t it great Yuiri? That the prize was a dinner date with Yukirin! She was so surprised she even initially turned the prize down because she couldn’t handle it!

Girl is really the No.1 (next to Riorin)!

Hopefully with this prize she will finally close that gap between her and Yukirin because seriously, she is still at the same level of distance as she was years ago! Girl can’t even keep a straight face looking in Yukirin’s eyes!

Damn, Now I know what that line-up of the newest single is all about, you know, the one that starts with Yuiri and Yukirin standing face to face! I am onto you new company!

Any who, until Sakura comes back and we have much needed CBS content, I guess we shall just have to settle for some new Yukirin ships! Speaking of, am I the only one who just can’t get the idea of Nanami and Yukirin out of my head?! I don’t what it is about that girl but I am falling hard for her!