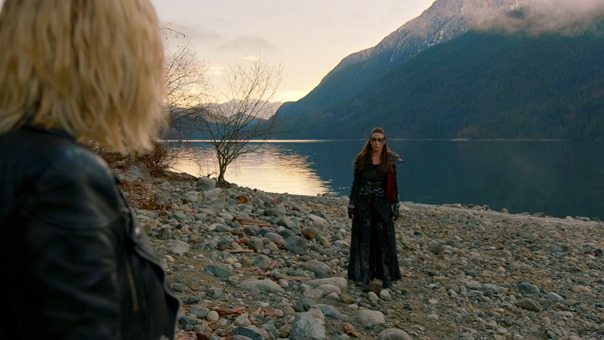 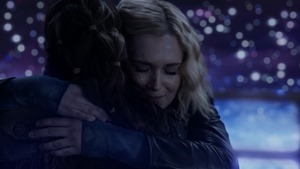 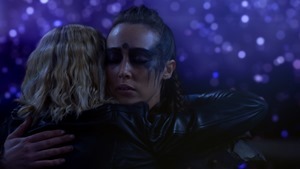 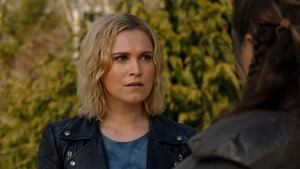 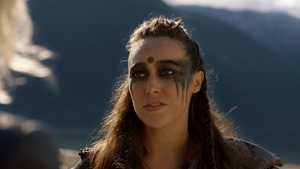 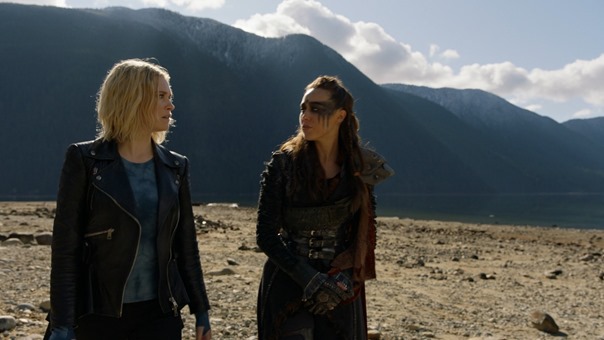 Did we just get a Clexa END GAME?!!! Did we fuckin just!?!! We did not just get a third impact in The 100 finale and Clarke being the only remaining human in physical form and not only that but having Lexa back to be with her!!?!!

That did not just happen! We did not just have a End of Evangelion Asuka/Shinji ending in this bitch!!! What did we do to deserve this!?! I don’t even care, all I know is that I forgive you CW, for what you did to these two! I will allow this ending where it is only the two of them and a puppy to keep them company and having to look after Madi like this was some Takamachi Testarossa family! 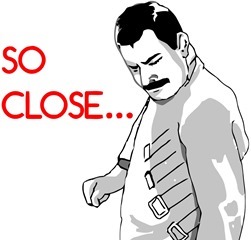 Come on, admit it! Despite knowing that it was probably the higher being and not actually Lexa, you screamed when she first appeared on that beach and your mind was going a mile a minute!!! Just admit it, we were all the same!

I mean seriously, they started with that eyebrow-raising line during Clarke’s test where she called B her ‘best friend’! I was like…okay, that was weird and then when Lexa showed up I was like…FUCK ME! No they didn’t!!

Sadly, that wasn’t the case! It seems these showrunners decided to sink with their decisions! Alas, Lexa didn’t stay with Clarke alone as the only the surviving physical beings in the universe! God, the potential!!!

So, Clarke is going to die alone, in this new era, where there isn’t any possibility of child birth, because reasons, but I guess we can say that there is a possibility between her and Raven, I mean, no kids to worry about so what’s left is all sex, sex and more sex! And seeing as these two don’t have anyone, well, I mean, come on!!

Yeah, ever since Lexa was killed off, I have only been binge watching the show when it’s finished airing! So really, I wasn’t that into it as I was when she was still alive. It was okay I guess, and let’s be honest, if what we were dreaming about was the ending we got, the after-party would still be going!!

Another thing I understand the decision for but can’t help but be disappointed it never happened, the Clarke/Madi/Lexa’s Ghost dynamic! Yeah, I know why they never went there but then I ask why did they even try in the first place!?! Imagine of all the previous chosen one to take over Madi’s body not being Lexa, who was the recent bearer and the one that had the strongest connection to Clarke!

Yeah, they were scared and rightly so but then don’t go there!! Speaking of which, that last moment between Clarke and Madi was also kind of mist inducing! To tell the truth, I wanted so bad for Clarke to go Berserk on Shit-I mean Sheid-kun! That fucker deserved Clarke to teach him what hell is for terrorising Madi so! But Her going all in on Cado-kun was satisfying too! And Shit-kun…oh what the hell, did get taken out with a BFG so I guess all is well!

Seriously though, I will take Clarke and Lexa walking side by side again over nothing! That alone makes sitting through the last season kind of worth it! And hey, maybe this High Being will return as Lexa again, seeing as their interest in humanity is piqued!

And speaking of Madi again, isn’t it interesting that Clarke got her at the same time that Alicia got Charlie?! Maybe it’s just me who found it funny!