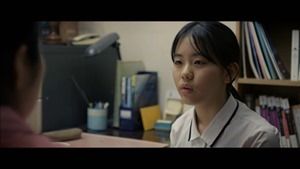 I absolutely love movies where two character meet and change each other’s lives! I live for those kinds of movies!

If you know me, you already know this but if you are new here, there you go! There is something to know personally about my tastes! 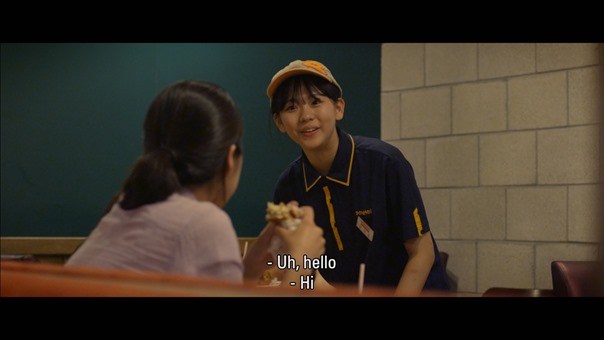 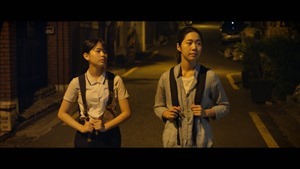 This short Korean movie SUMMER NIGHT is such a movie, with such characters! You would not think it possible with a runtime of a mere 30min including credits but it punches straight through! There’s virtually not music which already makes it perfect in my taste buds! Like, Japan and Korea have the art of “silent” movies down to a science! It might take some a couple of watches to get it and really, some might not but I have seen enough movies to know where my tastes lay, and this movie is right in that corner!

Meet So-young, she is a senior and as expected, her life is ruled by the stress of making it and the way her fellow classmates seem to be rolling on fine while leaving her behind doesn’t make things any easier! She is already doing everything she can but sometimes the mountain is just too big no matter how hard one tries!

Most of us have been So-young! Most of us will be her too! That time in Uni is no joke! It hammers like nothing ever in life will! It is either make or break and So-young was in a position where a small pause would mean failure!

Meanwhile on the other side we have Min-jeong, a junior in High school who also is having a rocky life! Her father is basically useless, and she has to take care of herself! Even as the bell is ringing she is running off to her job! As soon as work is done she is then running off home to study as much as she can before she breaks down in exhaustion! Sometimes she even sleeps outside because her drunk father locks her outside! This lifestyle affects both of them and the way they act and live!

While looking for that extra source of income like all Unis students do (well, those that are worse off), So-young’s friend recommends to her a tutoring opportunity which brings her and Min-jeong together!

This movie is only 30 minutes like I said but you can clearly see the change in the two from before they met to after they meet! So-young literally screwed herself over for Min-jeong! She was this close to passing that line! It was right before her, albeit with a small cloud of dust but the goal was right there! But she stopped! She stopped and in doing so created a ripple in her life that probably set her career progress back probably months and months!

But here is the thing – In doing so So-young actually changed her life for the better! The way things were going, if she had continued on like that it probably would have been a life that brought more pain and questions and doubts! But in making the decision she made, her heart was lifted of the weight it was under! That ledge that could have appeared in her future was erased! She not only changed her life for the better (success does not always equate to better life) but she also changed Min-jeong’s life!

Min-jeong was literally So-young in the making! That was probably something that aided So-young’s decisions in those few weeks they knew each other! But while they were both miserable when we first meet them, and while their problems still existed, they were so obviously happy and those problems did not seem like such a big deal anymore, even if they were, again, they did not go away!

Where So-young couldn’t even bear to lose a second of precious time, where she literally had to line-up for a seat at the library, where she did not want to let anyone down in her classmates in the beginning, by the end she did not mind taking a casual walk out in the night with Min-jeong. By the end she did not mind cancelling group sessions because she had promised to change tutor dates with Min-jeong! And those were important sessions! Practically life-changing!

God, when you watch this movie you will probably think I am a softie when I say I nearly cried! I just can’t help it! When I see that there is still humanity left in us in movies, it just hits me you know!

Anyway, that is that! Thank you for being with me all on this journey all these 11 years (yep, today is my anniversary here)!