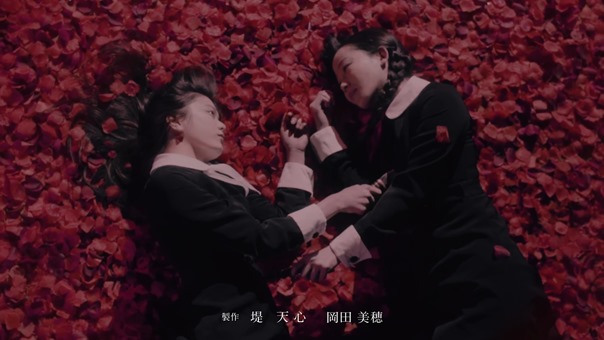 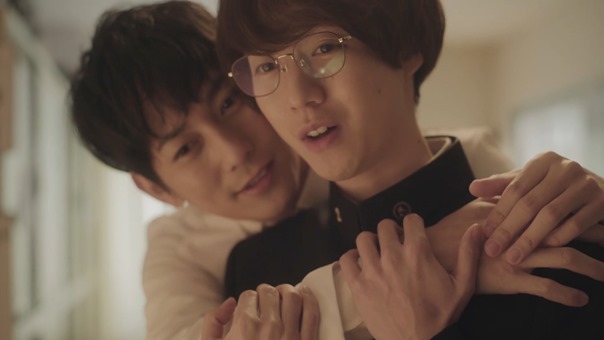 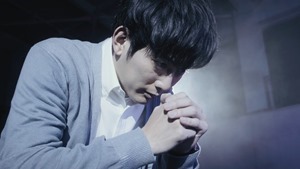 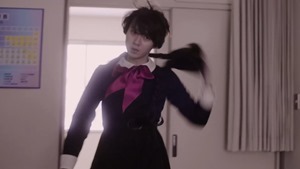 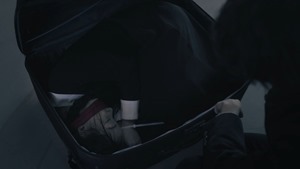 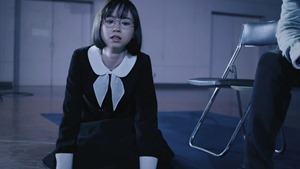 No, I am not joking! I wish I were! I wish many things right now! Like for example, wishing my sixth sense would back off a little bit with its accuracy!!

And did we just frikkin get final boss Mizuki with that damn ending?!! Like WTF even!?! 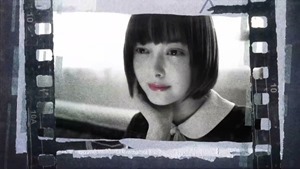 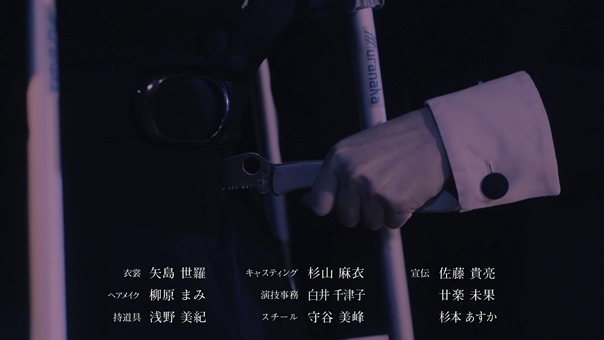 Once again, I am not playing around with everything I just mentioned went on in this episode! I have never seen so much info dump in a single episode like there was in this one! Like, what is going to even happen in the next episodes!? Yeah sure, we got that WTF ending with Mizuki just face-heel-turning and frikkin killing the only survivor out of all the girls attacked so far in the show! Not only that but she made it look as if her and Yuriko-sama killed themselves and seeing as they were seen by many arguing, it was a perfect alibi for them offing off each other!

Not only did our yuri get betrayed by the show turning out to be a yaoi show, at least up to this point, but now we must deal with Mizuki frikkin betraying us and Yuriko as well?!

Oh well, not like I was expecting anything of real yuri to come out of this anyway! Really, these days going into a Jdorama expecting anything worthwhile is only one’s own fault! But still, one just must hope, right? I mean, what is the point of living anyway without a dash of hope to keep us going?

Really, I primarily came into this for the horror anyway and I was not disappointed! There was blood! Oh, was there blood! Blood, which we find out, has been on two people’s hands all this time, not some goddess named Yuriko-sama and her curses! Yep, that fantasy element just all but got erased! This here is pure crime and thrills!

The bloody maniacs? The frikkin Sensei and Yuri-kun!

That’s right, those two were the killers all along! Not only that but they were lovers! As if that wasn’t bad enough, the whole Yuriko-sama legend had nothing to do with girls all this time!!!! Like, fuck that right now!

You see, apparently the very first girl who killed herself and started the legend, was not Yuriko even! No, her name, fuck that, his name was Yurio! That’s right, frikkin Sensei was the beginning of this whole legend when she tried to commit suicide!!

Back in the days when he was still a student, he fell in love with a male Teacher and when they were discovered, the teacher dumped him which sent him over the edge and tried to kill himself! Since he was dressed as a girl, yeah, he had it that bad, apparently along the way information got skewed!

So you see dear Readers, the frikkin legend had nothing at all to do with yuri!!! Like, talk about s crime worth life imprisonment!!

Sensei kept the legend going and things only got bad and girls started to die for real recently because of Yuri-kun! He brought the baggage along when he came to the school and strung Sensei along making him think that they were in love but in fact Yuri-kun, who yes, in fact he had kidnapped Yuriko-sama in that huge ass suitcase, all he had on his mind was revenge for his sister who got into a chemical accident and later killed herself and Yuri-kun blamed Yuriko-sama and all those involved in the Yuriko-sama legend!

Thus begun the killing spree we have been seeing since episode one! Yes, Yuriko was also on the menu and the only reason she survived was because Stalker Bro! Turns out Stalker Bro and Creepy Mate (The one doing all the phone recordings) were all working for Mizuki and as per her promise, Mizuki had been protecting Yuriko all this time!

Poor Yuriko thought she only survived because Yuri-kun had pity on her for also having been bullied like Sensei was but the joke was on her! And when Yuri-kun went to kill her she was saved by Stalker Bro once again and when Yuri-kun tried to run away, the Mizuki special slam was awaiting him in the corridors! Mizuki whispered something to him at that time but we never hear it! Another mysteriousness that just rubs me the wrong way and we have to wait until next episode to see what the hell is going on with Mizuki!

All these secrets came out when Sensei started to freak out during rehearsals for the play as things turned real weird quickly when Creepy Mate dressed up like a girl and replaced Yuriko and thus reminding Sensei of what he had done during those times back then!

All these clues were brought forth thanks to Yuriko and we finally see why Mizuki was always so impressed with her and her awesome observation skills! She found out that the diary was written by a boy not a girl! She also found out that there was a bigger connection between Sensei and Yuri-kun when they both not only made her the same exact type of cocoa, which when she asked Yuri-kun the recipe to he said it was a secret only he and his dead Sister shared, but also that he and Sensei had the same exact pendant! A pendant that his sister wore in the photo that Asaka-senpai showed them! The reason that they did not figure out that he had a sister was because his family name was changed after their parents’ divorce!

This episode basically everyone just lost their marbles! Yuriko-sama was such a believer that all the way to her killing herself she kept believing that Yuriko-sama was real! I give her props for keeping her brave face when Yuri-kun was about to mess her up dead Sister style with some good old acid to the face! The girl did not even flinch!

Meanwhile, Misaki’s love for Yuri-kun was so strong, she could not believe that her beloved Yuri-kun would do anything so insane! Even when she got all the evidence proved to her, she still took his side and went to kill Sensei just so she could have him to herself! She di not succeed of course!

As for Sensei, he and Misaki were almost similar! Even when he found out that he was only being used by Yuri-kun and that the truth was much further from his fantasy of them being some destined lovers, he still wanted to believe Yuri-kun! All the way up to him getting stabbed mercilessly by Yuri-kun, in his arms no less!

That Yuri-kun, such a psycho!

Makes you wonder why Mizuki did not kill him in the most brutal way possible given that he was all for Yuriko’s life! Why did she have to go for Asaka-senpai?! I still don’t get it!?! She was nice! I liked her! Imagine surviving attempted murder only to go out like that! Then again I guess that’s how death usually works! You can survive ten accidents only to die by tripping over a banana peel!

This episode was so cruel that we did not get any yuri moments at all other than the end where Mizuki gives Yuriko a hug after taking down Yuri-kun! But really, given that ending, I am kind of glad we did not get any because having that Mizuki after any nice moments between her and Yuriko would have been just too much!

Well, for the first time since starting the series, I really have no idea what’s in store next episode! Is Mizuki really the final boss?! Like, Yuri-kun was that this episode so, WTF gives?!!

Oh well, we shall just have to wait and see! Till next time,