Seriously, that was painful! It was painful in all meaning both literally and figuratively, both in-story and outside!

If this movie doesn’t give you motivation to push past something that’s stuck in your progressive road in real life, I don’t know what to say! There is just no way anyone can watch our protagonist Loie (played by Soko) and not feel so motivated to do something! A young woman who came from being a simple country girl in America to performing at the Paris Opera House, all on her own!

And you felt her hard work! Oh god how you felt her hard work! I am gonna slap anyone who says they knew she would survive by the end of the movie because that’s bullshit! In fact I am still shocked she survived the movie!! Seriously, I did not think she would survive that last performance! The way she pushed her body to the absolute limit…God, I feel like the laziest person on Earth after seeing Loie in this movie!

And if that was not enough, the world around her wasn’t as forgiving! Not only did she had to deal with physical problems but there were outside problems to content with, even some mental and emotional ones! One of these emotional problems comes in the form of our other girl – Isadora (played by Lily-Rose Depp).

Now, Isadora doesn’t show up until we are over an hour into the movie but she has a great impact on Loie! In fact, she almost succeeded in breaking her down, something even the world failed to do! The fact that she survived that ultimate test really makes you love Loie more and more than you already did!

I have watched this movie a few times and I still don’t know what Isadora’s deal was! The fact that I don’t know is why I am not hating her to Kingdom come for what she did to Loie! For the first time in her life Loie gave herself to someone willingly without a motive or push! In fact I believe she was truly in love with Isadora, something that had not happened to her yet!

Yeah sure she had Louis but that was a complex relationship and let’s not forget that Loie left him (with his money) and crossed the globe and did not even think of him until he showed up in France! Also she did not get intimate with him and when she finally gave in to give herself to him, she was in such bad shape that he even did not take her! And when they finally did get intimate, there was no sex involved just fore play!

Louis killed himself in the end too, something that was always on his mind and Loie knew it! We never saw her mourn his death! But she totally broke down after Isadora bailed out on her to the point of almost not performing!

Yeah, you see, Isadora just up and left and she wrote Loie saying that unless she wrote a contract for her that she wasn’t coming back! All that after stringing Loie along and getting her to fall for her! Poor Loie even had future plans with Isadora in them but she could not sign her until her mother gave consent (and maybe she was a bit jealous how Isadora was quick to be with other men).

Now, it is not fair on Isadora to dis her because she too seemed to have some feelings for Loie and she really seemed to want to dance under Loie so maybe there was a side of her story with her parents but we did not know it and so with what we were given, I won’t blame anyone for hating on her!

Too bad really! There was a great thing there! They would have made such great dance partners and there was something really beautiful between them! Well, at least we got to see them make out even though it ended in Loie being humiliated in a dark alley!

On the other bright side, there is Loie’s friend and business partner Gabrielle who not only helped her out once she first arrived in France but stayed with her until the bitter end through the thick of things! Sadly though that’s Muse material as we never see Loie having those kinds of feelings towards Gabrielle but Gabrielle definitely has them! She never makes them known though but me thinks she might have after that final performance!

2 thoughts on “The Dancer [Movie]” 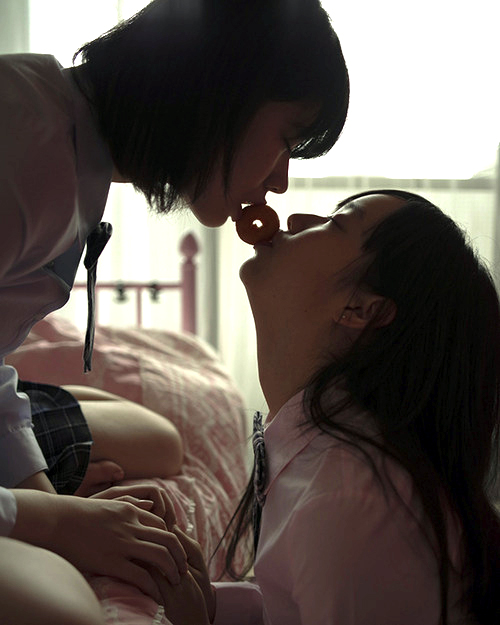