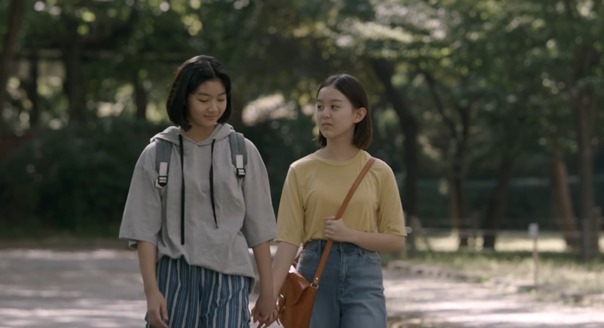 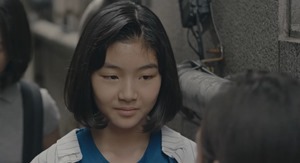 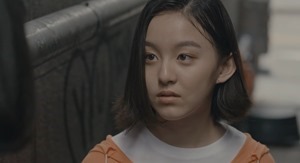 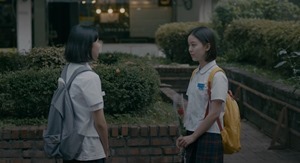 Dear Readers, this is a tough one!

The fact that Mr Park Chan-wook himself commented on this movie makes things that much harder! And so I am going to go a bit soft on this movie! I will always have a soft spot for Mr Park and if a movie caught his attention, it’s gotta be great, right?

Well, that part is on the money! This is one great drama! But I am not here talking about this because of its quality! I am here to talk about the gayness and that part of this story dear Readers, is not so great…or is it?

Confused yet? I will explain but first, let’s attend to the elephant in the room – one of our girls there! Feeling like you have seen her somewhere before? Well then your brain is 100% healthy! That there is Hye-in. She played Ji-ah in the movie I talked about a while back – THE WORLD OF US, and its sequel THE HOUSE OF US.

Yes, there is a sequel to The World Of Us and she is in it, along with her girlfriend. I have yet to watch it but believe you me, I will, once I get my hands on it somehow! I wonder what their relationship is like now after three years (assuming the stories follow real chorological order). Anyway, here she plays totally gay character Yoo-ri – who has it bad for our main heroine Eun-hee!

First let’s get into the good things. This right here, Ladies and Gentlemen, is one of the best handled progression and development of relationships I have ever witnessed on the screen! The flow was so perfect it was as if my Wishlist was being fulfilled right before my eyes! I literally had my hands held in prayers at two scenes for something to happen and in both scenes that very thing happened!!!

I was all over the moon in the first two thirds of the movie, let me tell you that!

Like, I did just say that Eun-hee was the main heroine, right? Well she is but not only that, NOT ONLY THAT, she is also totally straight when we meet her, with a boyfriend and everything! In addition, she is the cool kid in class and as we know those types are always, almost always off limits to our lesbians!

Not here though! No way Siri!

Not only was our smol lesbian Yoo-ri brave enough to actually confess to Eun-hee, with a rose in hand to boot!!!!! Not only was she that brave and not only was Eun-hee despite having a boyfriend totally open to this relationship but the fact that with everything going on with her life, her family problems and how strict her parents were, despite anyone in her position having preferred to go the easy route and be ‘normal’, she actually accepted Yoo-ri’s feelings!

Like, I am not going to lie to you all, I was not expecting anything to happen between the two! It was just too good to be true, there were so many obstacles, some very obvious and others subtle but there were hurdles! In any other film things would have ended badly for Yoo-ri but in a moment of subversion, it was actually Eun-hee who took the axe!

This movie doesn’t have subtitles and I know not a lick of Korean so all this is from visual story telling only. But while you were expecting a character like Eun-hee to be the one to hate because she would bring the hurt to Yoo-ri, it was the exact opposite! And this is where this movie failed hard, joining the other gazillion Asian movies that turn and run with their tails between their legs just as they are reaching the finish line!

For fucks sakes, grow some balls damn it!

Like I said, everything was going so perfectly that there was no way things could have ended badly! At the very least I expected an abrupt ending with Eun-hee and Yoo-ri forgotten about after their ‘kisses’ when the story kicked into climax!

But no, it turns out I was being too naïve!

Yoo-ri first tried to ignore Eun-hee when she tried to get her attention at school. And then a scene later when they are alone, they are not cutting out with hand-holding, secret cheek kisses or making shy eyes at each other like they had been doing all their meetings!

What happens is that out of no fuckin where Yoo-ri breaks up/denies/whatever the fuck that was, Eun-hee!

I was literally flabbergasted! I don’t even remember what the fuck happened in the rest of the minutes because my brain had totally switched off! I just couldn’t process what the actual hell just happened!

Eun-hee!!! A girl that had a boyfriend! A girl that any boy would kill for! She decided to date you, after you, YOU came on to her to further mess up her life and then you decided to TO FUCKIN LEAVE?!!!

I need a moment…

Seriously, you all have to watch this movie to understand what I am feeling right now! Before that hellish moment, these two were so perfect your heart will melt from just how so good their development up to that part was! Even if the hospital scene was the last scene in the movie of them, I would have had this ship in my top 5 even without a final resolution!

But noooo, the yuri lovers have to suffer!! The community shan’t have a happy ending of yuri couples!

Seriously, the perfect representation of a runner being in first place and getting a cramp 3 seconds from the finish line!

2 thoughts on “House of Hummingbird [K-Movie]”