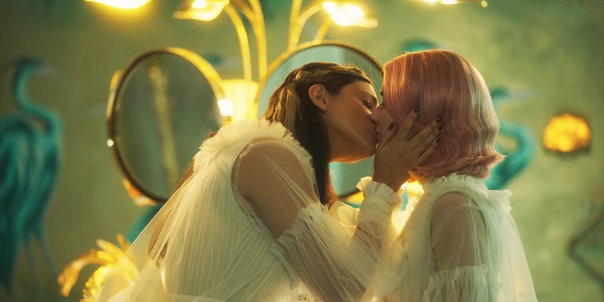 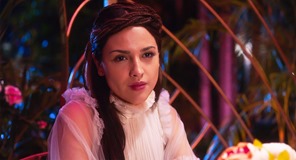 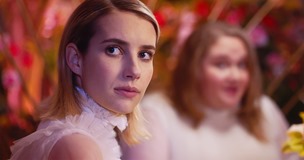 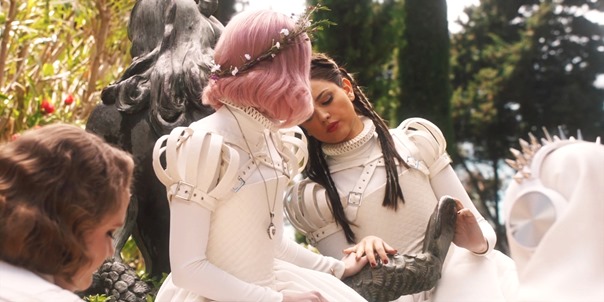 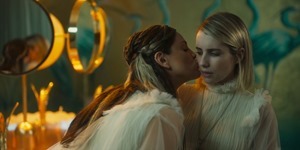 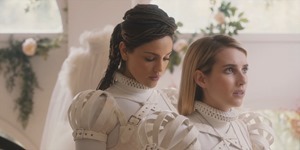 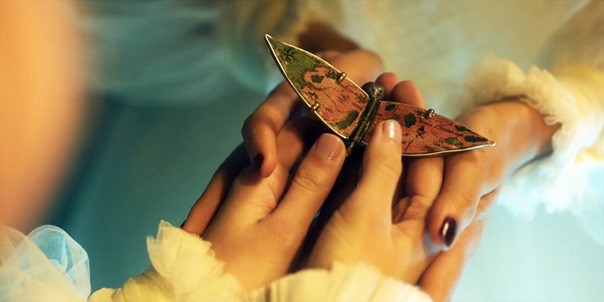 I have to say, you surprised me dear movie!

You obviously did not go the whole mile but the effort is worth the praise. And really, I guess I have to say that what you ended up going with is more impactful than what we will all be wishing for after watching you so yeah, good on you! 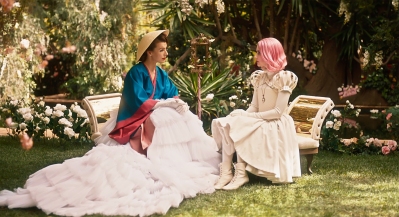 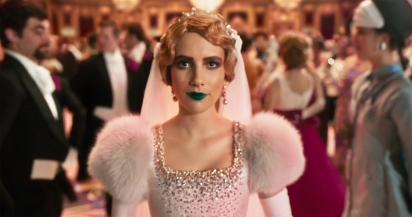 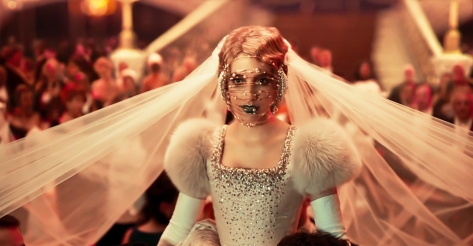 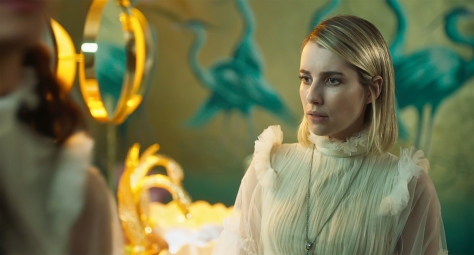 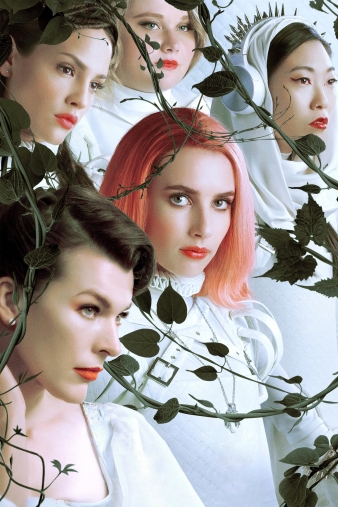 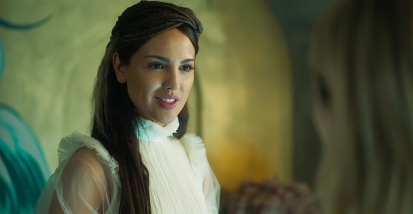 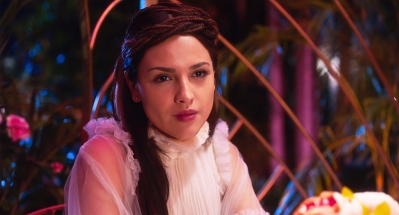 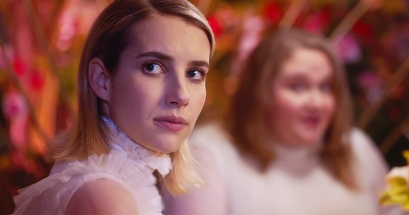 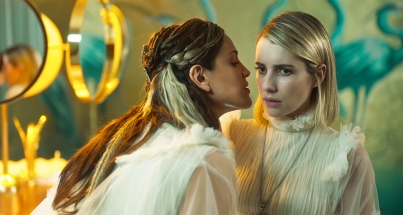 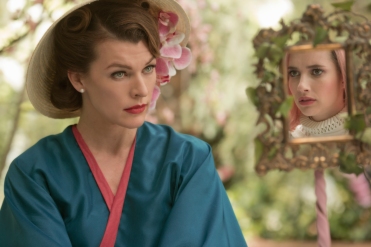 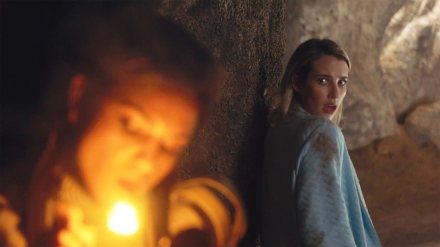 First off the actors. I think everyone out there has some sort of crush on Emma Roberts, I mean come on be honest! And if you are a fan of the American Horror Story series, then you definitely have had fantasies about her being in a gay role! Now, while I and many others would have loved it were she to do the honours with one Taissa Farmiga (speaking of which, when the hell is she showing up in the latest instalment of AHS?!”), the one she ended up making out with in this movie is no slouch!

No, it is not Milla Jovovich’s Duchess, though I am 100% sure there will be a fanbase for that ship. Rule 34, am I right…No, I am talking about of course Ms Eiza, who has actually been quite active recently, from both ALITA and Hobbs and Shaw.

Needless to say, this was one ship I did not see coming and it did not suck! Well, it kind of did as in that dreaded and over-done trope of burying ur gays still made it here, which is sad seeing as a woman directed this and thus she should have been on the right side but maybe she did not write the story so I will give her some slack.

Besides, as I said this time around even if it was a BAD END, things went differently and kind of our way as well. So what if we lost one gay character? She did not die for nothing! She gave us another gay character in her place and that character is actually the main character herself so yeah, this is kind of a win too!

If you have been here a while, you know that I am a sucker for movies where the girl wins the girl in a fight which has guys in it! And by that I mean where she wins the heart of a girl that is in love with another guy and if it’s more than one then all the power to her!

Here, Eiza’s character Amarna, has her deck stacked against her! In any other scenario she would not have won, in fact, she would not even have considered to fight at all because of the hopelessness of it all! Not only is Uma (Emma) set to marry some rich guy, she is also in love, since she was young, with another guy, because of whom, she was against the arranged marriage in the first place.

So you see, no one watching this movie could even expect anything to happen!

But Amarna took that first step that most don’t and she fought, despite the steep hill ahead of her and while she did get the negative feelings that are inevitable in this situation, she did not resort to dirty tactics, or as we have come to know the scenario as, crazy lesbian syndrome.

She just continued to show her love to Uma and support her and in doing so, slowly made Uma’s heart hers in the process! Now of course I can just see your scepticisms of this whole thing and you are right to be doubtful. There is not way Amarna could have won this all things balanced so how did she win? Well of course the men had to be flawed! Now of course the arranged marriage guy was a dick from the get go but Uma knew that already. And while her childhood sweet heart wasn’t all that evil, he also pulled some questionable decisions and even if we still think of him as a good guy who just got manipulated, that also diminishes his character as well.

Which is why I think they should have played more on the fact that Uma genuinely fell for Amarna and that her final decisions were not based on the wrongs of the guys but rather on her love for Amarna. But of course that takes balls and incredible story telling so we were never going to get that.

Still, it doesn’t matter how we came to it, the fact that Uma did not end up with any of the guys and had more of Amarna’s love with her towards the end makes this a genuinely gay movie and makes sense of that video I saw on YT about upcoming yuri movies. Just with the trailers I did not think so but now that I have watched the movie, yeah, it belongs there.

But remember, Amarna died, well, kind of, but that was part of the story, which was that there is this place, this island out in the middle of nowhere in the future, where girls are taken to be reformed, or more like shaped into what their parents and society want them to be.

That part did not make sense I did not expect any fantastical elements to this movie but in the end, that doesn’t matter to me. What matters is that Uma actually did change, even if not in the way that her parents wanted. And there is the fake Amarna out there and if they are almost identical, I am sure that if Uma went looking for her, they would eventually re-ignite that flame that burned between the real Amarna and Uma. Yeah, Uma has to take on Amarna’s role this time in being the one to light that fire, which would make for a great story (sequel please of a fic) but I can see it happening.

Uma in the end disappears from her world, in her place remains her double with whom she escaped the island with, and her destination is the place that Amarna had told her about, the place where Amarna said that Uma could find her. The map was in her sparrow hair-clip she left her as a gift.

Not sure what will happen there once she gets to that place but the point is that Uma chose Amarna in the end!

The yuri side of the story aside, the overall story was very intriguing and thus makes for an interesting movie overall so I recommend it. I certainly did not see that twist coming I have to say. I mean, I suspected something about The Duchess, the way the walls responded to her mood swings, but her being essentially Poison Ivy, and not to mention the replacements part of the story got me good. Wasn’t expecting that at all!

Anyway, that is all. The movie isn’t ‘officially’ out yet as it is dropping in December,  I believe, but it is out on the interwebs if one s desperate.