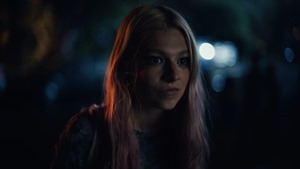 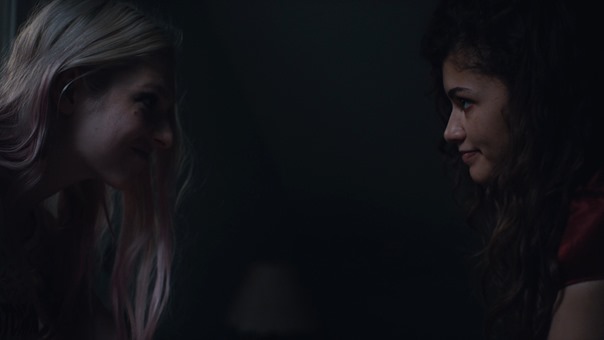 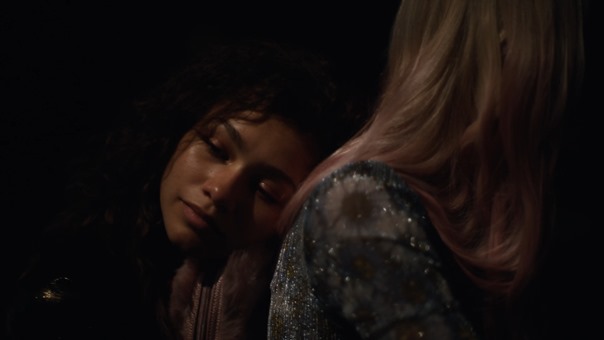 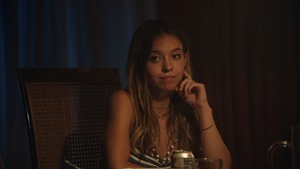 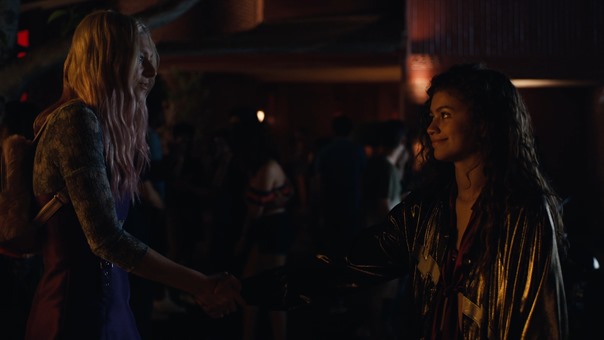 Look, I figured this would be one crazy series from the trailers and like, regardless of Disney Princesses in main roles, this was still an HBO original! In fact, what I did not know too was that a certain indie movie studio was also involved in the production of this series!

I am of course talking about A24 Pictures!

So, like, given these variables, no one should expect anything less than extreme from euphoria, the series I am talking about and has just started airing, like, a day ago! But even then, even knowing this, I was still not prepared for exactly how far left the show would go! We are only on episode 1 and euphoria has already outdone most of the HBO hotlist in hardcore-ness!

Like, I can’t even imagine them outdoing themselves in future episodes! But we know how stories go and unless this is a reverse storytelling, things can only get worse from here! And since this episode was basically Rue meeting Jules, this is only the beginning.

Like, seriously, this show is so extreme that I can’t even blog about it normally! Forget SHARP OBJECTS, that was a virgin series compared to this one and if you have watched that show, then you know exactly how extreme euphoria is.

Since I can’t blog about it normally, I am gonna have to just summarise what happened in relationship to what matters. And speaking of which, the most important subject is of course Rue (Zendaya) and Jules’ (Hunter) relationship!

I have to say I am feeling very discouraged! Not for this episode but for the future episodes, especially the last one and the ending of their relationship! The show has already dropped a lot of red flags for their relationship and while I guess that is the opposite of baiting, while I am a bit glad they are keeping our expectations in check, I am still a bit mad.

Yes, I said what I said!

She was all like, I don’t love him, I just really like him! Yeah, like there is a huge difference! I am of course only speculating here and hope that it is not the Dad she fucked that she fell for. They are in high school for crying out loud! He has a son Jules’ age! What would be worse even I think would be her sexing the son too!

See? What did I say? Girls like Jules always go for the men! I am of course holding out hope that euphoria surprises us! I mean if Jules starts out dating men, there is still a chance at the end, right?

Another sign that doesn’t mean well, even though this is only from my observation! You see, Rue is very unstable! When she was young, one of her million diagnosis was that she had an obsessive disorder! She kind of lives in her own world! She is doing drug to boot!

Now, I might be proved wrong and it might not happen but that is a card that has been used a great many times to ‘bury-your-gays’ by turning the lesbian into a crazy psycho that has zero chances of winning over the girl!

But that is all glass-half-empty kind of talk! How about some pessimism?

Just maybe, Rue will find another reason to appreciate life than being on the bring of death in Jules! Just maybe Jules will find what she is looking for in all these hungry hunts in Rue!

I mean hell, in this first episode they have already started a new thread of destiny after only meeting in like, the last 5 or so minutes of the episode! I mean, Rue has already gone to Jules’ house!!! They have already shared a bed even and okay, so it wasn’t in that sense but gosh dammit, there was chemistry there!

Speaking of Jules’ house, I was really surprised at her lack of reaction at seeing Jules’ complete body! I mean, unless she was stoned to kingdom come, which she can’t be seeing as she is already an expert and survived a bike ride to the house, Rue should really have seen ‘it’! But there wasn’t even a mention. There wasn’t even a lingering, curious look! It was all normal business and maybe just a hint of nervousness at being in a presence of someone stripping naked!

Are they keeping that subject for another time or maybe, just maybe Rue really missed the *snickers* elephant in the room?

Anyway, at the very least this first episode they were cute as Rue took care of Jules’ wounds and tucked some stray strands of hair being Jules’ ear while they lay on her bed! I am guessing too that Rue is already hit with a case of ai yo!

Can’t wait for the next episode and those to follow! The other characters are interesting too and like I said, I was totally surprised at the ends this show is going to! Remember our girl Sidney Sweeney (Emaline from Everything Sucks!)? Well, she is in this too and it was mostly her that shook me the most!

I also love just how trippy this show is! The cinematography is out there! I love it so much I feel compelled to do a completely different video just to challenge myself! I might, depending on how the series ends! If I am in a good mood, then I will make that video!

And I totally loved Zendaya in this! I have to say I had my reservations, but she destroyed them! And then there is Hunter! That voice of hers took me to mars and back! I most definitely did not expect her to sound like that! And it is real! I checked!

Look, just know you are warned! You are not prepared for this show! I saw someone on twitter (a post they deleted promptly, thank God) where they compared this show to Riverdale for mature people!

To hell with Riverdale! This is no Riverdale’s version of anything! Thing SKINS…The UK SKINS…ON CRACK!!!!