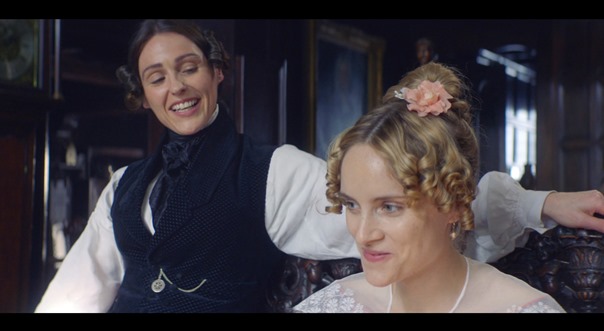 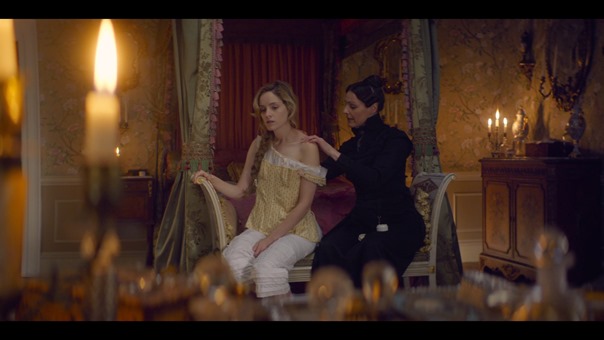 Hahaha, I was actually in the middle of starting on my Music Video for this series, putting clips together to use in Vegas Pro, when I realised that the series wasn’t over yet!

Seriously, I don’t know why I thought the show was over after episode 6! It turns out that there are two more episodes to go, which really shouldn’t have been a surprise given that HBO series are usually 8 episodes. I mean the last season Game of Thrones was 6 episodes but that is rare on HBO!

But with two more episodes, my initial plan for the music video might have to change given that I wasn’t counting on more material to work with and with more material means that the story itself will change and I usually do videos that represent the core of the relationship and as things stand on Gentleman Jack, well…

Speaking of the show, you all have to watch it! You want quality lesbian content? This is it! Seriously, this show hits right at the core of my being! We forget sometimes how much better off we are today! Things have been much worse in history! The further you go back the worse things are! Things were worse five years ago. Then even much worse 10 years ago. And so on and so forth! I have experienced this myself! The early 2000s were hell, well, for me anyway! Now I can only imagine how things were for those who were alive even before then!

Gentleman Jack gives you a glimpse of that! We are only shown things from the internal, from where Anne (Suranne Jones) and Ann (Sophie Rundle) are concerned! But even then, even without going all out and showing us what the external environment is actually like, you can put two and two together from how affected Anne and Ann are!

While the show starts out silly, lowering your guard, things take quite a turn and the way they executed these changes was practically perfect! It is great to see that BBC still has it! Ann’s fears are the best to digest because they are straight forward and kind of expected in these situations, even though I am pretty sure not many will be prepared by how raw and real the show actually took them!

It was Anne’s slow transformation, no, transformation is the wrong term, it was Anne’s slow un-ravelling, the way she broke down slowly but surely because the harsh world was just keeping on hitting and hitting her, boulders of emotional pain being bombarded on her all the time that she just couldn’t handle it anymore!  Anne’s change is the one that hits the most!

The show spared us the true face of homophobia by not bringing in the outside forced quite directly, like I said, keeping things to the side of our women and how they are affected but make no mistake, the only way you can make light of the matter in this show is by being completely dense!

Besides, people keep crying out for real representation but projects that go at the subject head-on, without filters, never are received well! Not many can handle it! Not many can face the ugly reality of things! And so they make diluted movies and TV shows! Like it or not, they are more digestible and thus makes awareness more effective! Sometimes negative feelings turn people off more! You make them feel incriminated, they shrink and sometimes lash back in reaction.

You have to go at sensitive subjects like this with kid gloves. If it means breaking it down little by little so it is best digested, so be it!

I only bring this up because this is the type of show that Gentleman Jack is! So be prepared! It starts out light but does a heel-face-turn! I guess what I am trying to say is that prepare your hearts!

Anyway, the video will be coming after the show ends so, keep an eye out for it.