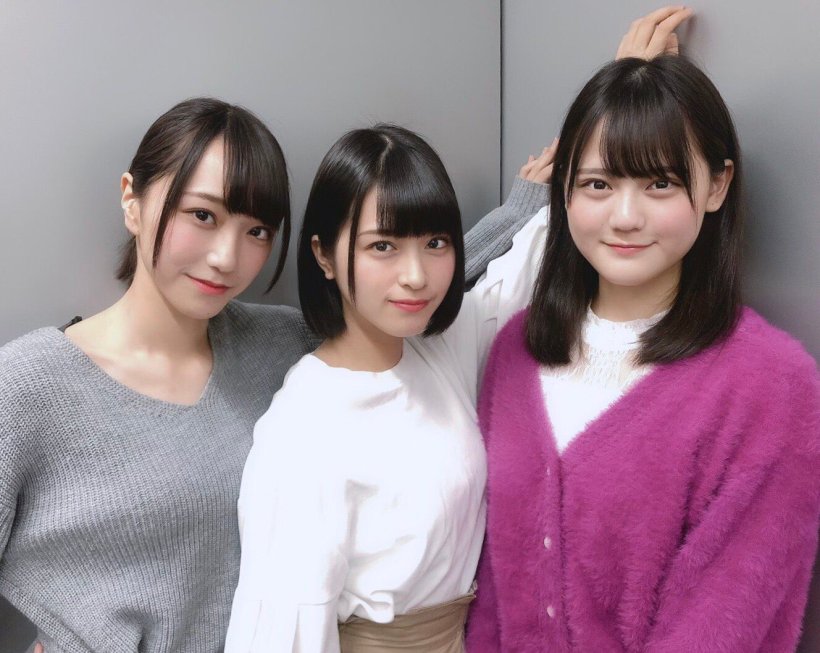 So, on =LOVE’s official twitter account, they announced that Hitomaika and Iori were appearing on a radio show and the image they used, while I saw what I wanted to see for a while (duh), when I managed to look past that I couldn’t help but notice.

The image basically reps these three’s relationship in their Single – Teokure CAUTION! Maika is in the middle and the other two are facing her, showing both of their love for her in the MV. And Maika is facing Hitomi, just as in the MV where she chose her in the end over Iori. Maika and Hitomi are facing each other and thus are the couple, as per MV, actually, the only couple in that MV, well, yuri couple! The only other couple was the Miria/Teacher thing but since the girls find out about it towards the end, I am pretty sure that won’t end well!

Anyway, more Hitomaika content is always appreciated and actually, there are a few showroom shows I need to watch that might give me more of Hitomaika so, with that being said…