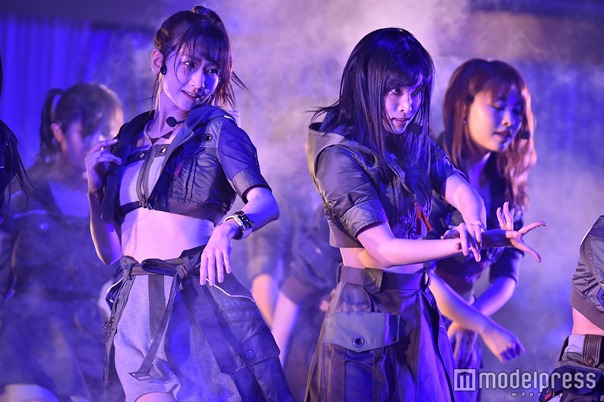 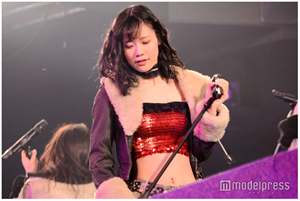 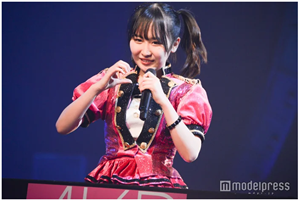 So, yesterday Takahashi Team B (That would be Takahashi Juri to the newbies, welcome by the way) had their solo concert leading up to the Request Hour of this year. In case no one knows, Yukirin is everything to me and of course that would mean that Team B comes with the territory as my favourite Team.

This time around though there are a lot of girls and I have to confess that I am not yet familiar with all of them, especially the new Team 8 (I know the first gens) and the KKS girls! But I am getting there and having watched a few stages and the new Concert releases, I am getting there!

I am not sure if I talked about this new Team before. Usually I talk about all new Team B formations so I am going to briefly mention my thoughts on this new Team and might get back to it later once I have gotten to know all the girls. And sadly the team has already lost girls. Miyu is gone and Hiichan is off to Korea for two years as a member of I-ZONE but at least they left behind one performance with all the rest in that first performance during the ‘Jaabbajaatte nani?”  concert.

I was of course saddened too that Rei-chan left and that Sayaya did not come back cause I still don’t understand the reasons for the Team Ballots if the members we going to be shifted to different teams later on anyway! I guess it could be worse, Yukirin could have been transferred out of Team B, which as of now, that would be a crime against the Universe and I am sure that it would fight back to right that wrong and bring balance back to life!

What’s done is done so I loved on to appreciate the new Team and the first thing I was happy about was Juri! I really loved her and Yukirin’s interactions during, what I like to call Yukirin’s 2nd stage (after B5 – Theatre no Megami) which most know as SS7! Just search for SS7 on Aidoru!Online in case you want that stage! I really love SS7 and correct me if I am wrong but it is not over yet, right? There hasn’t been a Last Performance stage for it, right? I really love that stage, especially LOVE TRIP! Yukirin nails that song so hard!

So when Juri came over to Team B, and not only that but she is the captain, I was really happy. I wanted to see their continued chem and bickering! In terms of people, the other choice I was really happy about was Megu! I have a really soft spot for that girl! And especially when she is paired with Yukirin. Which of course means that you won’t be surprised when I say that I got into her after I saw her and Yukirin’s Temo Demo Namida. They have an energy to them that is kind of similar! Just look at the pics above!

Another great thing about this new team, is actually in the title they chose for this concert. They are not only cute (which is an image that has been long associated with Team B, no matter the members) but they are much more this time around! Not only do we have Oya Shizuka but we have Nakanishi Shiori as well! That there is the comedians and Yukirin and Juri fall a little in that department! In addition, a lot of the girls are mature which gives it that mature and sexy identity as well. In addition to that, they have also added girls to give it that cool factor, mostly from Team 8 but looking at the images from yesterday’s concert, most of them just need the reason and they have their game faces on!

Speaking of, they apparently performed BEGINNER, RIVER and NO WAY MAN! in succession! Talk about over-tuning expectations! Of course they are cute too, this is Team B we are talking about! It can turn anyone cute! To think that the eldest member on AKB48 is in this team, and that she is still the staple of Idol image…hehehe

I am loving this team as time goes by and I can’t wait for this concert to drop! Now if you will forgive me, I am off to watch their Stage that came with the Concert Blurays so I can enjoy Theatre no Megami 2.0 in full quality!