I’m sorry. I’m so sorry but that would have been an appropriate title for this movie were it to not be as serious as it is.

The real title of the movie is – NOVITATE. The movie is about a convent and follows the life of young Cathleen (Margaret) and her falling in love with God. At 17 she signs up to be a Rose and well, Celibate life happens!

It is a hard life!

But let’s put facts here on the table. The movies tries to make the sexual acts less…vulgar to fit the context of the movie but come on, it is sex and in this case, that saying of more being less actually is very applicable here! Seriously, they tried to make the scenes asexual but the effects were the exact opposite, well, for me! I guess it depends on how much experience you have in the matter because in trying to hide them the intensity was actually multiplied!

And the acting didn’t help at all! The actresses all were superb. A scene that is supposed to go over the heads of those less experienced is actually very visible because of the great acting! There is like, two scenes of Nuns touching themselves and unless you were born yesterday, there is no way you would miss what was being implied! Even in Cathleen’s case where she was having a wet-dream, you definitely knew what was going on without the visual assistance.

That all being said, watching this movie was like re-living my young life! When I was in primary school and the first two years of High, I was in a boarding school. Those who have, especially if those schools were catholic, you will also feel the same way. This movie was like walking down memory lane! Actually it was kind of worse for me because in secondary school I was in mixed school, meaning there were both boys and girls! Unlike this movie and my Primary school years, the temptation was multiplied by 100 with the opposite sex around! At least in this movie there were only girls there but imagine being surrounded with both sexes and having those very strict ‘no fraternising’ rules!

And they were serious! Breaking those boarding school rules meant a punishment so severe not even masochists could entertain the idea of breaking them again! And so seeing this movie and the girls being so strictly disciplined felt like I was reliving my life past!

And so, while many other viewers are seeing this for the first time and can’t understand our girl Cathleen being so starved of affection that she literally almost snaps (invades Sister Gabrielle’s quarters to have her itch scratched be comforted) I am here just nodding my head and crying some tears for our girl because I so feel for her! I was there. the hunger is really devastating, especially if you are innocent on the ways of sex as Cathleen was here, having never fallen in love and joining the convent at 17.

The best moments of course come in forms of two scenes. One was literally a gift from God to me (no pun intended here, forgive me God) when the new arrival Sister Gabrielle (Rebecca Dayan) visit the sickly Cathleen for the second time. Our girl had gotten so bad that when she simply heard Gabrielle’s voice so close to her she broke down in tears and bit her fingers to stop the cravings from over-taking her. But that is not what is important here in that scene.

What happened there was that Sister Gabrielle tries to comfort Cathleen (she was crying) by touching her hand which Cathleen had stretched in between them as she pleaded for Gabrielle to just continue reading to her. Gabrielle touches Cathleen’s hand, an action to which she so strongly reacts that I was even given a scare, the way that she pulled away so fast as if she had been burned! That is how badly she had gotten!

The two sit there in silence, the air in Cathleen’s room so thick you could see it! Cathleen soon extended her hand again, not daring to even look at Sister Gabrielle! Sister Gabrielle once again reaches for Cathleen’s hand and I swear to God I could hear the music in my heart and in the room as the two had dance with their fingers! It was so perfect…

And their reactions…Cathleen of course was in heaven but Sister Gabrielle was not unaffected. The two were so connected to one another in that moment they even lost sense of their surroundings as you saw them close their eyes with their everything at that one point of contact! Of course Sister Gabrielle soon realised what a bad idea she had just created before she pulled away just as hard as Cathleen had done the first-time they had touched!

That one scene was enough for me, but the movie was so not done with me! After that taste of the forbidden fruit you knew something else was coming. Something else had been born in that moment!

She sneaks into Sister Gabrielle’s quarters next and one of the most emotionally and sexually charged scenes I have ever seen, without even either of the two being naked, hits and I knew I was done for! If Cathleen had been a Vampire, in that scene she would like, and I hate to bring this up, Jacob from Twilight being dumped in an Operations room with a patient being cut up!

Thank the Lord though this was no such gruesome scene but more like, expertly put together sex scene but without the sex! I swear I have no idea how the Director did it and this is her first Directory debut in feature Film! The way Cathleen was so desperate for contact, for comfort, and the way Sister Gabrielle found herself in an impossible position, and then the…MY GOD…The inevitable contact…

I can’t explain it with words, I put some caps down below to help but you gotta watch the movie yourselves to really feel what I am trying to convey here. There is also a good MV on YouTube that I will add in below. You should check it out!

Seriously, this movie did those two scenes so well that it actually combated my inflection and won. This has never happened to me before! You know what I am talking about! Just like clockwork, this time too of course I shipped the wrong people in the beginning. I was all over Cathleen and Sister Sissy so hard that when Sissy left I stopped that movie the first watch day and had to come back to it on another day!

Seriously those two even had the cliché anime meeting of fated lovers where Cathleen bumped hard into Sister Sissy (Maddie Hasson). They even had a moment where Sissy came out to Cathleen when she confessed that she did not feel completely faithful to God. I wish Cathleen fought for her to stay. I don’t know how, maybe mention what Faith really is? tell her how even Jesus Christ had a moment of doubt when he was on the cross?

God, they had the potential to be that relationship that got development from the start to finish and Sissy really had that Alpha vibe so there was potential there for groupie leader too but alas. Even Sister Gabrielle didn’t show up until way passed half way mark after Sister Sissy was long gone!

Oh well, like I said, my anger was completely snuffed out by the Hand Sex scene and the Not-Sex scene!

Seriously, you all have got to watch this movie! it might be boring in some parts but it is a movie about Nuns in a convent so…

And that is all for today.

END_OF_DOCUMENT_TOKEN_TO_BE_REPLACED 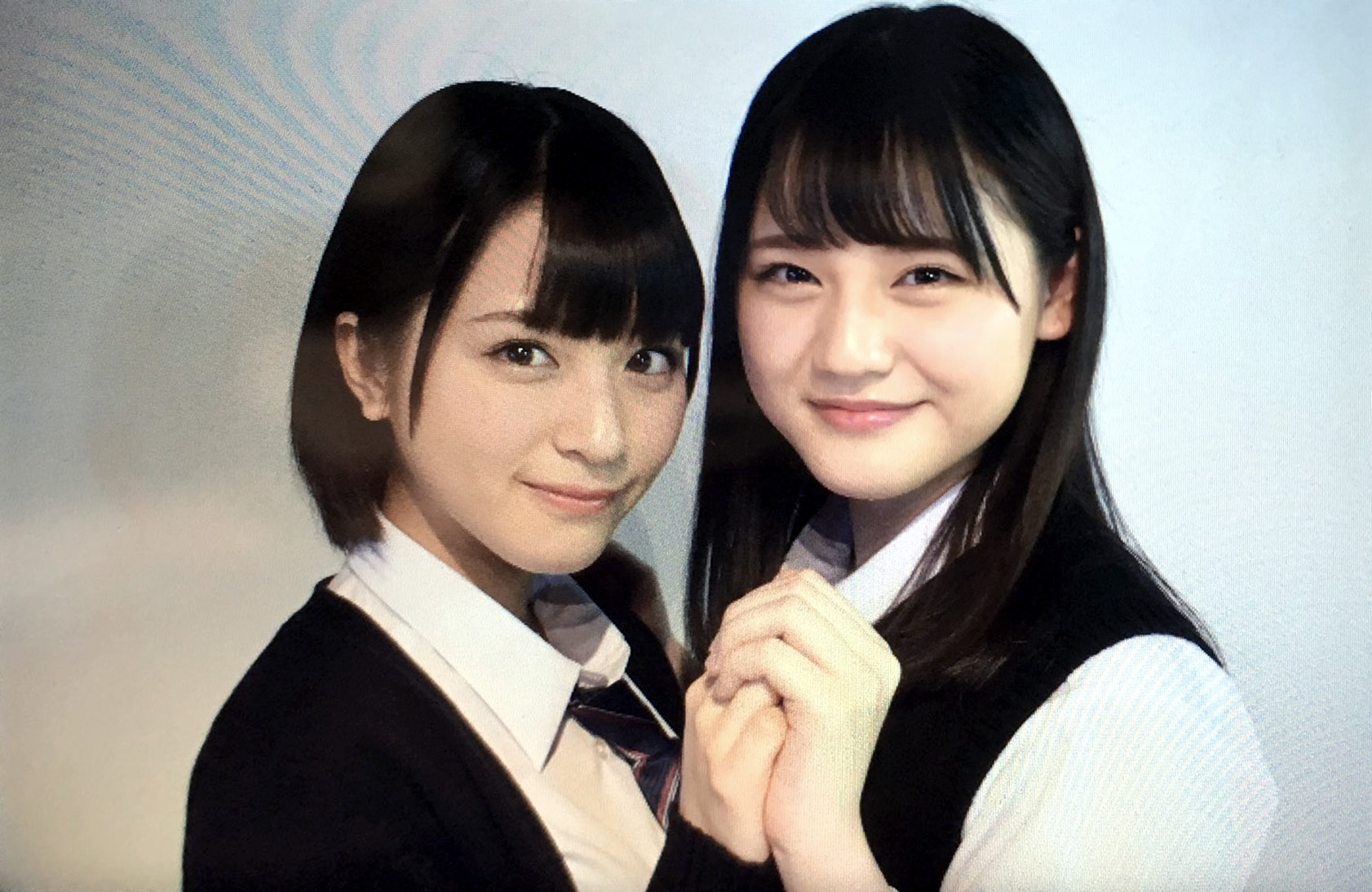