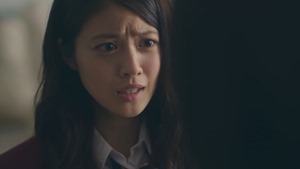 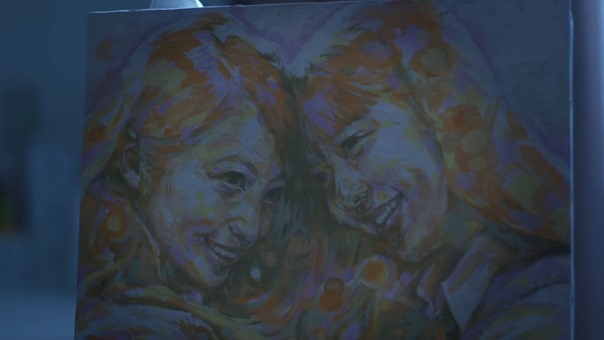 There is nothing more painful than Complicated Unrequited Love!

There. I said it and I mean it!

Especially the kind that has misunderstandings like in this newly released lovely Music Video from MACO. It came out two weeks ago and I have only managed to watch it twice because it is just too painful to watch! And the second was because I wanted to refresh my mind right before writing about it now. Otherwise I wouldn’t have re-visited it so soon.

Yes, yes, I should be used to the pain but pain it is and no matter how many times you experience it, it still is painful! I guess I should be proud that my heart is strong enough to keep going even after all this time. I mean, this feeling goes all the way back to the Card Captor Sakura days with Tomoyo. Seriously, whenever I think of unrequited love she always comes to mind first!

But really, even Daidouji Tomoyo doesn’t have anything on our girl Saki here in this MV! I mean Tomoyo’s quandary was straight forward. She loved Sakura, who loved someone else but not to undermine her. There is always that question of whether Sakura would have gone with Tomoyo had Tomoyo confessed her love for her. I mean Sakura was just that good. And that doesn’t mean that it would be pity love. No, At times it seemed like Sakura too loved Tomoyo and that if only Tomoyo had…

Anyway Saki here has it worse! Despite not confessing (hence the subject at hand) she still lost everything! She lost not only her friendship and a token of her love (the painting, which reminded me of Takane and Mika, like, badly) but she also lost any chance of ever confessing because there was now that void that just erased most of the possibility of a positive outcome to the confession.

There is also the baggage of her Crush’s boyfriend falling for her and breaking up with her friend over her despite not having any feelings whatsoever for him! Speaking of which, I fuckin hate that shit! That kiss was so not necessary! They did not even show the actual couple, the straight girl kissing the guy but they had to show our Lesbian kissing him!?! Minus a billion points japan!

So, not only did our girl, a Lesbian, lose her first kiss to a Guy, but she lost her Crush and her friend over it but also got her hopes crushed! Like, how painful is that! And what is worse is that she had two chances to confess but she was just too scared! Okay, so maybe the first time would have gone misunderstood since her friend just wanted to see an example of a confession because her way was not enough according to Saki but still, if she had put in the emotion I am sure her Crush would have picked up something. Something to keep on her mind for later.

And of course there is also the pain of seeing the one you love just having a great time with their boyfriend, a time that cuts into your time, meaning you are spending less and less time together and also that whenever you are together she is thinking of her boyfriend…

Yeah…Fells everywhere! Then there is that fact that Saki’s Crush destroyed the painting of hers that Saki had poured her soul into which would have been the best reminder of her love. Oh the pain she felt during that scene! I am just trying to imagine what Tomoyo would have felt had Sakura burned all her videos….Okay, let’s not go there! But this is what Saki was feeling here!

Poor girl, even Four years later she still felt deeply for her lost love! So ingrained in her mind was that simple act of hugging that she managed to repaint the scene to remind her of their time in place of that destroyed one of her Crush that she also still kept!

Man, just thinking about it makes my heart heavy so I will just leave you all here…