I was so not ready for that Pre-Dawn PV!

Thank you Avex, only other ship that hasn’t let me down yet other than Mayuki is HitoMiyu and OKAY that’s it! HitoMiyu are getting their own fan-vid! 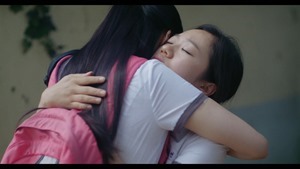 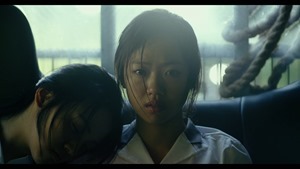 And yet another lovely short movie from Korean because, South Korea is awesome that’s why! And just like the one, literally the last post I put up, End of Summer is also as good as any other movie length feature! This time though the story here is super heavy, lots of FEELs with this one and I am pretty sure it won an award in its year at the festival, which was 2015. The fact that it was one of the selected five, and the only yuri movie in that selection that got the Plain Archive treatment, is testament to that.

Yes, I wanted to get that DVD but I was late to the pre-orders that just a day after release, I was already too late. They were old out! Thank God it was actually already up on Vimeo even before then and with English subtitles too so I was not left in the dark. So you all too will be able to watch it if you want, in case you do not want to be spoiled before you watch it, jump to the end of the post for the link to Vimeo.

This nice short really packs a heavy punch! The fact that it is so real and that the characters are very relatable in addition to what they go through being something so common, makes this one of my favourite shorts but really, the fact that I am writing about it should be telling already.

Yes, if you know that there is something I should know about but haven’t written about despite many comments letting me know about it, it means that I have seen it but that it wasn’t to my palate. Sometimes I have already seen it but it is still in the queue to be written about. For example, I thank you all for the Moon Young (Kim Tae-ri) shout out but do you really think I do not know about that!! You must be crazy! Lovely, but crazy!

True story, even before The Handmaiden, I already knew about Moon Young but only saw a short clip and there was none of that goodness that is in the current version everyone is going crazy about or by the gods, believe you me I would already have blogged about it. As things stand, I only need to find the best version, grab some caps and we are a go!

Same goes for the TV show Night Light. I watched 12 episodes of that show but dropped it because the amount of yuri was equally negated with the amount of hetero and with the same characters! Now, if someone tells me that the crack ship I actually had going in the awesomely developed friendship between Se-jin and Ma-ri, is looking up, then I am all aboard gain. Otherwise, my yuri-sense didn’t tingle at all in the 12 episodes I watch between Se-jin and Yi-kyung. Now, if you are telling me I missed something in the later episodes I did not watch, then I will jump right back in and maybe talk about it.

One last thing before we get back to the topic at hand, this is about Mediafire. Yes, I know many people these days can’t excuse a site that takes more than a second to load but please be patient with MF. It is still one of the best free sites (well, under 200MB) around from the old days and it takes a few seconds for the folders and files to show up so hold off on closing that tab thinking the links or site is broken.

With that out of the way, let’s get it on!