And the same goes for me! 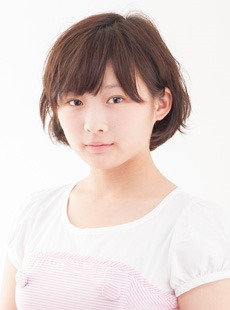 Well, let me tell you – Japan is finally going to give us a true to God lesbian show…on TV!

Yes, yes, we have had lesbian on TV before but it has all been , sorry to say, half-assed and suicide inducing (Last Friends) ! Those that weren’t were so chilled down that the only way they survived was because they were so beta to the story everyone over-looked them!

With a image of two women in bed being the official site’s banner, well, looks like Japan is finally moving forward! Seriously, all yuri fans out there knew Japan had one weakness and it looks like they are finally growing a bone! Sure Korean beat them to it but better late than never. I mean no one is perfect. Like Ireland beating Murica to gay marriage…

Any way this is my final year in College and shit is crazy but I decided to cancel my plans on dedicating this year to my studies because this is history right here as far as I am concerned! The only thing more important to me than Japan in yuri! So when those two combine, damn right I am putting everything else on hold!

Japan finally coming out of the closet, and by the Gods, I remember clearly mentioning something on the lines of Japan finally joining the rest of the world only recently, what with the latest chest of yuri treasures (all half-assed of course) that we have gotten this past year alone, I knew something was in the making!

This is only the beginning! If this goes as planned I am awaiting a shit load of yuri movies, dramas, manga adaptations, incoming! Korea is way ahead with Fingersmith but Japan has the advantage of having a great deal of lesbian novels and manga with lesbian themes and they are not shit stories either!

Finally, our favourite yuri artists are about to make a bucket of money!

Step aside you all over grown shoujo anime, it’s the age of yuri!

A for our women, you might recognise the left girl (in white) Sairi. She is already part of the neighbourhood. She has been in a couple of projects that I am sure my circle have seen like she was in Yuria-peace’s GTO 2014 series (where she was bros with another girl and they were the only ones without a male love interest mind) but I remember her most from another of the mentioned movies of the past year where she played a rose-faced girl. I need to talk about that movie I just got reminded!

The other girl I am not that farmiliar with but she is a model so it might be a given. Then again Aonami Jun is a model and I already know her.

Any way, sorry to disappear like that without notice. I am still alive, haven’t been sick for years (I think I am super man) so don’t worry. Well, I do get colds from time to time (once every two years or so) but they only last less than a week so really.

Crossing fingers that this is real and Japan doesn’t do a reversal nose-bleed! It is possible, Kanako did it and closet doors do reopen and reclose so…

I am truly excited for this! What’s even better they are going for hardcore difficulty level! One would think that for their first time in a real lesbian focused drama they would take the safe route and do something straight forward! No, them guys decided to throw in the other forbidden bump, like being gay wasn’t enough. It seems like these two will actually be sisters, well, step sisters when their parents re-marry!

Talk about going for the kill, as far as I am concerned any way. You know where I stand on things like this, right? Yep, Japan is going straight for my heart with this! Forget the rest of my life, this is priority stuff right here! But wait, there is more! One of them will have had experience with guys meaning there is very little chance for self-questioning about sexuality! I am looking at you Faking It! I still can’t believe that show it still doing the bait and switch shit, every single frikkin episode, and I am still watching it!!!! Why?!!

Any way, yeah…Sorry about that Hiroku, There is no way I wouldn’t have known about this but your comment did make me write about this sooner so there ^^

See how much I love my Reader and Commenters?