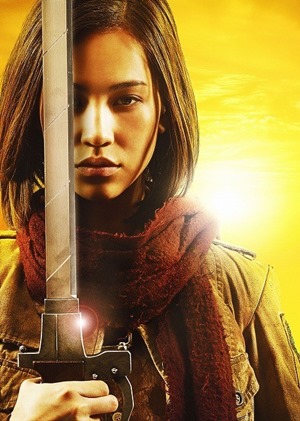 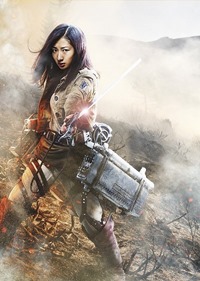 So, apparently the Live Action of this favoured anime didn’t go well with the local fans (receiving ratings as low as 2 out of 5, and loud outrage) which is said to have left the creator, who was also involved greatly in the making of the movie, completely flabbergasted!

I for one already thought this would bomb just from watching the trailer and I believe it is the most important reason why this flopped. There are other reasons too so read on to find out more…

Why in all that is holy did anyone involved in this movie ever think it was a good idea to not include Levi?!!! Not only did they not include him but then went and replaced him with some original character!! Like, how the fuck even?! To make matters worse, they went and gave this new character a lot of chemistry with Eren (at least from the trailers) which would totally have won the fans over had it been Levi in his place! Can you just imagine the fangirls (and some fanboys) at the prospect of getting some Levi x Eren!! I too would so be behind this! 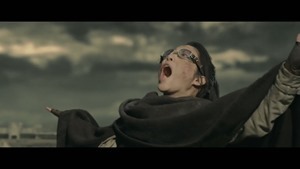 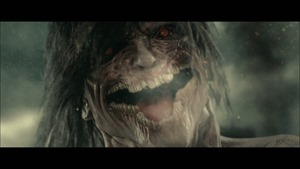 Who the fuck are Hiana and Lil?! I’m sorry but I never read the manga but from the anime I don’t remember these characters. Are they in the manga? Please someone fill me in on this! And if they are original characters created for the movie, why the fuck?! Of all those wonderful characters they had in the anime and the chose to create new ones? Are you kidding me?!

And even those that they included, if I got the wrong image of them from the mere trailers I am pretty sure their character changes is gonna be glaring in the movie. Hanji is deranged but not in the way I see her here in the trailer. The one that acts like that out in the field is Sasha! And yet Sasha looks to be too serious which is not the Sasha we know and love. And by the gods, there better be potatoes or I am giving this a 0.5 for the action and nothing else!

And what the hell is up with the setting?! RPGs?! Anti-Air heat seekers?! And yet some (Sasha) is using a freaking bow?! Get the hell out of here! What, they couldn’t drive a few miles out of Tokyo to find a rural location where they could film in the older setting like the anime? To hell with you!

And what the hell is up with the purple!? Who has purple flesh and blood?! I wondered at first what was so bad about the CGI, because come on, this looks good enough, right? But then I saw that purple, or is it violet? Either way, that is a No-No!

But even as bad as these things are, there is one that got on my nerves so much that I almost swore to not watch this movie… 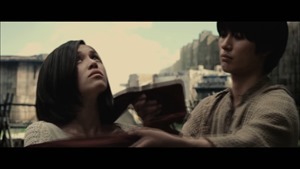 I am sorry but FUCK YOU!

The only reason I sat through that anime was because there was no romance bullshit! No romance bullshit was why I enjoyed all those Sasha/Mikasa moments that much more. It also was more interesting watching this connection between Eren and Mikasa which was of family. That was the most important thing I think to them, family and yet they went and crossed that line!

I firkin screamed when I saw those caps in the trailer and scratched this movie off of my must see list! But then I thought the action and also my love for Sasha and figured why the hell not, I might as well check it out.

And there you have it! My reasons why I think this bombed terribly! But if I find out that they butchered Sasha’s character, that will be at the top of the list! And her interactions with Mikasa best be intact or else! 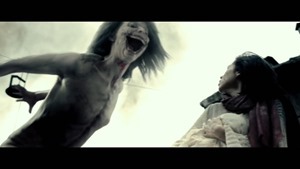 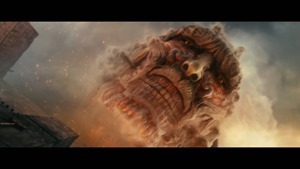 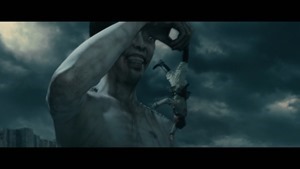 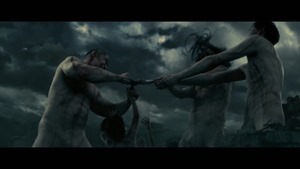 4 thoughts on “I have an answer for you Isayama-sensei”