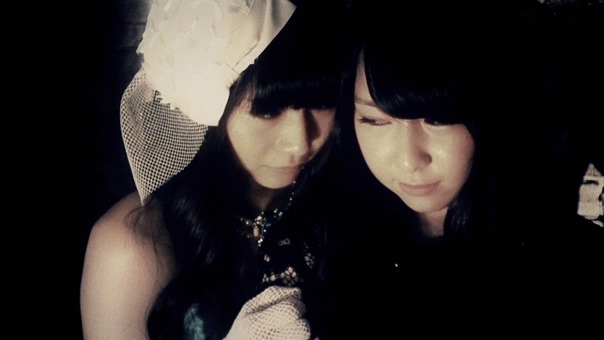 Praised be Tokyo Girls’ Style and that includes their management and sponsor (Avex). I am sure there are some of you that are getting sick of me just worshipping this group but their fan service is almost godly! This is strange considering that they are less dependent on fans than any other Idol groups a fact is stranger now since they are no longer Idols. Yeah, I mentioned it a while back but TGS have taken that first step to their dreams by graduating from a mere Idol group to full artists. ‘Stay With Me’ being the first evidence of this reality as the lyrics for that single were written by Yamabe Miyu the previous leader (Shyoji Mei is the current leader of TGS). Speaking of Miyu, her little sister just joined AKB as a Draftee member for Team B. And speaking of those three Draftees, they have already performed their first song (Miniskirt fairy) which happened before Hikari’s graduation performance.

Going back to TGS, when I heard that they would be graduating from being an Idol group, I was really worried! To me graduating means much more than what it does to the others. If a member graduates from a group even if they are going to still be in the entertainment industry like movies of TV dramas, they are different! For example Acchan, sorry, Assan is different to me now! I still miss Akarin (Momoiro Clover) terribly and would be all over Momoclo once again like I was were she to return but even as she is still in movies and TV, it is not the same. I won’t be going out of my way to look out for all the projects she in. This will probably be true with Yukirin when she leaves AKB. Things are just never the same! And so I was worried about TGS!

But it seems there was no need for worry because TGS has not changed! They are still doing exactly what they were doing before. They are still holding LIVE performances – at a frequency that would put any other group except the 48G to shame! They still do their lovely streams and still release singles Idol style. Then again maybe the momentum just hasn’t picked up yet. I don’t think that is the case though.

What is this post about exactly? Well dear Readers, I am sure you remember last year when I was posting about these preview videos they put together for their special live. The title for that five month project was ‘Hard Boiled Night’ and they would release a special video for each month’s performance. Those previews were so good I was crying for a full TV show based on those short videos or even a movie. A good few months later and guess what happens?

Those awesome Devils go and release a full 2 hour movie of said project!

Like, how happier can a TGS fan be after this fact! Now sure we internal fans got fucked over with that 5tsu premium box incident when they only released them at a handshake event and thus impossible for us to get out hands on them but other than that, TGS and their management have had a perfect record since day one! I even forgive them for that fiasco with the release of Hard Boiled Night. They did not have an obligation to release those special LIVEs! In fact they just included the thing as an extra in their 1st major album instead of releasing a boxset of those lives on their own like they would have had they intended on releasing them in the first place. Could it be that they were actually making up for the 5tsu miscall?

Now Hard Boiled Night is not a feature length goldmine like any other movie. Like we might have deduced from months, actually a year now, this was episodic. There were five episodes in total but instead of just putting these episodes together seamlessly like say how Innocent Lilies did it with their BD release, here with Hard Boiled night, they included cuts of the LIVE performances right in between scenes in the movie parts. While you might think that this would be a distraction from the story, it is actually not. In fact the songs they choose to include complement the story perfectly. Sure it was different watching a movie like that; to go from a serious scene to a stage performance but it was done well!

Just like their first single ‘Kirari’ and their first intro into the acting department in their two movies 5tsu and Noroi no Kotodama, the girls surprised me once again with Hard Boiled Night, which is kind of like their first real Drama, after all, it was episodic! I believe I have mentioned it but I was really surprised by the story in Noroi no Kotodama and more so by the acting of the girls who had like, a month of experience (they shot the two movies 5tsu and NnK almost at the same time). The twist in NnK was just too brilliant! I remember the sound in that movie getting so much on my nerves that I thought I had gotten a faulty disc but it turned out that was all part of the plot!

Actually since chances are that I will not be blogging about that movie I don’t see why I can’t talk about it with spoilers here. The movie was so well put together that there was no way you could have figured out what was happening without watching it through to the end being hit with that twist! At the surface it looked like another haunted movie – A group of students who get stuck in school and start to experience supernatural events. That is what you get to think until the ending! I think the concept has been done before but executed differently and that is that the whole class, apart from Hitomi’s character and her friends who had come to this haunted school, the students that were in uniform at school were all ghosts but did not know that they were dead! When you are watching the movie from their perspective, the sound is really off and distracting. You only learn the reason for this when you find out that it was like that because they were in a different dimension, forgotten by time as they died without knowing it and thus thought they were still alive. That was until strange things begin to happen.

Yeah, strange things happening to ghosts, believe me spent the night upon watching that movie without sleeping! It is such a great movie and reminds me a lot of Stephen King’s Langoliers! That movie is three hours long and yet every time I start to watch it I could never stop. It was just so intriguing and one of a kind.

Will I ever never be distracted?

Hard Boiled Night was just another surprise from TGS and co. The actual thing was way more serious than I actually thought it would be. That ending man, that ending was so not what I was expecting. But then again, the route the story took was nothing like I was expecting! I figured it would be just fun! They wouldn’t be such serious characters and I thought I would have to write a fic to take tackle the dark side of the story but the joke was on me! The story was as serious as you would think one would be with characters like Yakuza and Bouncers!