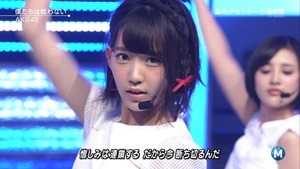 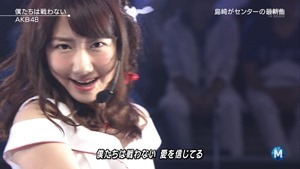 Seriously, what a lovely week! You wouldn’t think I am in the middle of exams and thus should be in a total slump and I usually am but not this time! Why?Well, there is only one reason and that is CBS!

Yes, I am aware you all think me crazy but you have no idea how much CBS means to me! Just yesterday I posted about their appearance on Mechaike and now I just finished watching this week’s Music Station and guess what I found – even more CBS! But before them, we got some YukiRena…err…not THE YukiRena but the other YukiRena…Okay, we need to find a name for them to avoid the confusion…

Yukirin put her arm around Renacchi who had this huge smile on her face! 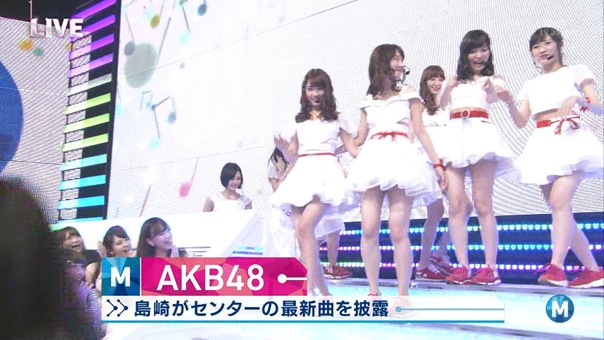 But even as has her arm is around Renacchi, Yukirin’s attention is on Mayuyu!

What’s the matter Renacchi, U jelly?

But that entry was all the YukiRena2 and Mayuki I got to enjoy, but I am not worried, these two are in Yuria Team B so there is plenty of time to enjoy them in the future. From here on though it’s about CBS. 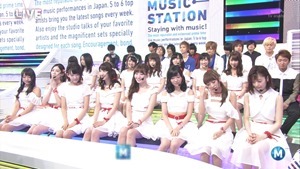 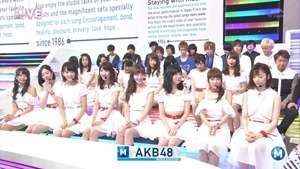 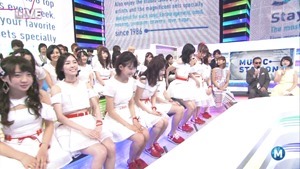 After every rotation these two were sitting together! Seriously, I am not even going to ask WTF is up with Mayuyu sitting in the back row or Jurina coming after Yukirin in the front row because as illogical and impossibly mysterious this truth is, I got my CBS and I am not going to question my good fortune! I don’t even care if there is hidden reasons behind this I will just take the good effects while i can, thank you very much! 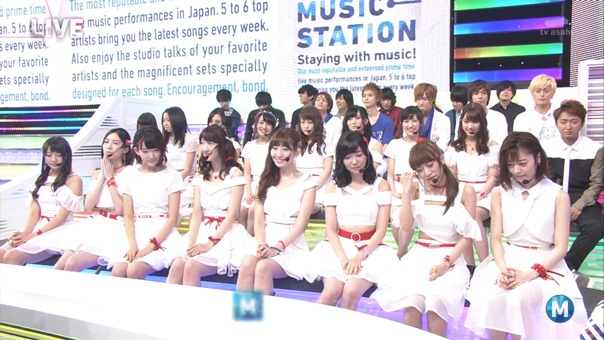 Oh yeah, I am not sure if I am the only one that noticed it but you know those moments when Yukirin seemingly is looking off in a distance sometimes, I especially see it when Rena (The Rena) or Sakura are next to her! I believe that she is looking at them through the corner of her eye. I have seen it a couple of times and she might be doing it with other members but I usually don’t pay attention to it unless it’s Rena or Sakura around so… 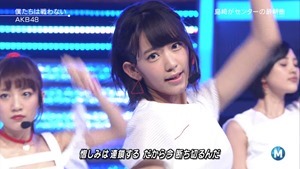 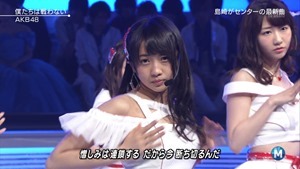 Yukirin is like, straight in front of Sakura’s sight here!

Even the performance positions were strange! It doesn’t seems like they changed positions but for some reason CBS were in close encounter a couple of times when they shouldn’t be at all! I’m telling you something fishy is going but but I don’t care as long as it means more CBS for me! 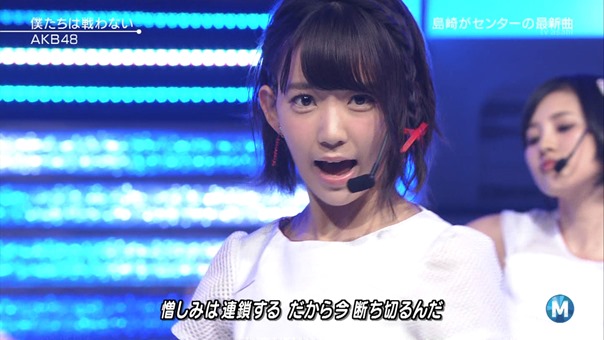 I’m sitting here trying to tell myself it’s a coincidence that they decided to make the exact same braid at the exact same location so they could tie the RED THREAD ribbon in the same place and it’s not helping the fangirl fever! Actually be it a coincidence or or something planned either prospect is equally ridiculously delicious! I-I don’t even…

I need a moment, but before I go…

One thought on “What a Lovely Weekend”