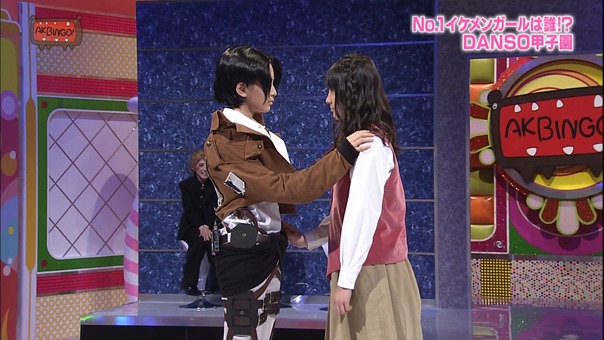 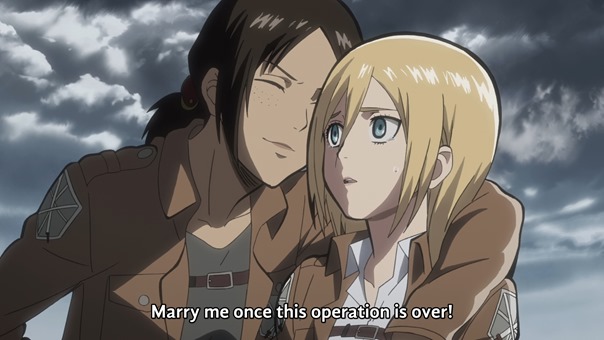 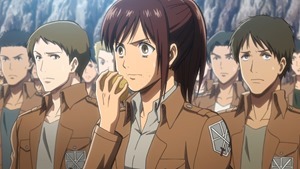 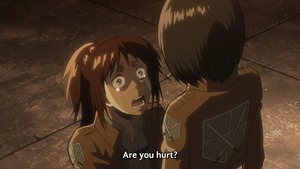 Guess who hasn’t’ slept in 35 hours dear Readers…Yep, that would yours truly! Just came back from work and still haven’t slept a wink! I am a walking Sasha depraved of food for a day! In other words, a walking zombie! If only Angel, nay, Goddess Krista would appear and weave some of her magic to put me to sleep!

So, why is it that I did not sleep when I knew I had work today? Well, I made the mistake of re-watching a couple of AKBINGO episodes and really, if one is going to re-watch AKBINGO, there best be Danso and since I have like, memorised all words said in the earlier Danso episodes, the best option was the latest couple of episodes with flower-boy Watanabe of course. And so I did just that, and when I got to the second part, and Seinyan appeared, I instantly remembered that I had a full series of a certain popular anime that I had yet to watch!

That happened to be Attack on the Titan/Shingeki no Kyojin, because Seinyan was Danso-ing up as one of the Elite, Levi in fact if I am not mistaken! I instantly queued up the full series after watching the episode! That was about 20min past midnight and finished the series at exactly 7 am! Then went straight into the shower and off to work I went! Yeah, you would think that I would learn from all that experience but I somehow convinced myself that I would stop half-way and have at least three hours of sleep! How naive I still am!

Yes, I just watched this anime and it was all thanks not to /u/ all those months ago trying to seduce me into watching, not the movie news, neither was it the Live Action TV series spinoff announcement but Team B’s current loli Fukuoka Seina! Speaking of Seina, while others didn’t dig her Danso, I actually quite loved it and that was even before I watched the anime! Then again that might have something to do with my love for her in general. Everytime I watch a Team B stage Seina has the most captures next to Yukirin! I don’t know what it is about her but she is so cap worthy I don’t even…

Anyway I thought that she did a good job, especially seeing as she was only 13 at the time! I was kind of pained to see her lovely wild eyebrows messed up (I love her eyebrows!) but other than that, I would so see a TV series with her as part of the Corps! She and Naanyan were compatible too, well, they still are as they perform Temo Demo together sometimes.

Anyway, the anime…The fact that I couldn’t stop to sleep speaks volumes of how I found it I think! We really need more series like these that don’t think the Universe revolves around love or whatever it is called! Best girl? Sistar, is that a tricky question?! Sasha of course! I fell in love with that girl as soon as I saw her eating that potato! You can’t believe how happy it made me to see her survive to see the end of the series! And her being a favourite of course means that I ship her with someone! The caps should speak for themselves but to those that need the word of mouth, since Krista was taken, Sasha’s dynamics with Mikasa were totally shiptastic! My goggles were cranked up to 9000 for this one! And before anyone brings it up, no, I don’t think Mikasa and Eren will be like that. I didn’t see them that way at all. Actually I ship Eren with Armin 80% more than I do with Mikasa.

The anime was good, really good! Made me cry a couple of times. Been a while since an anime made me cry but then again, I haven’t been watching a lot of anime lately so…It took me back to the good old days when an anime left a great impression on you (read feels) in the early ‘00s to ‘04s. They sure don’t make anime like they used to. Now it’s all moeshit or cash traps.

Okay, that’s it. I need to go sleep and chill. 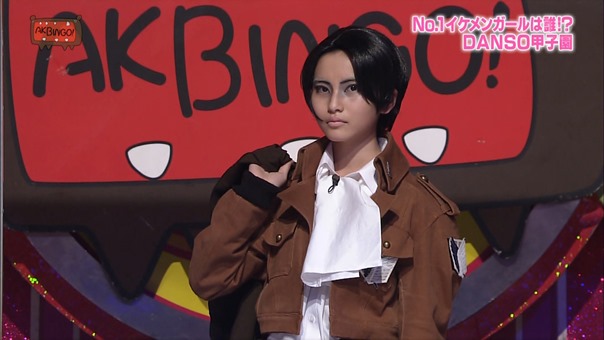 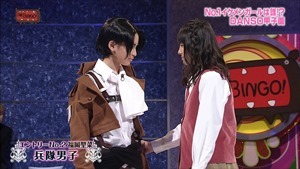 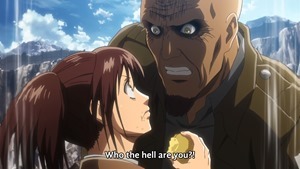 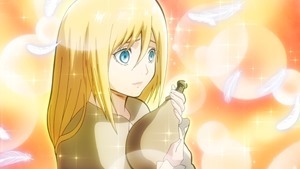 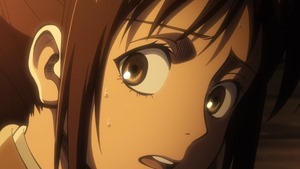 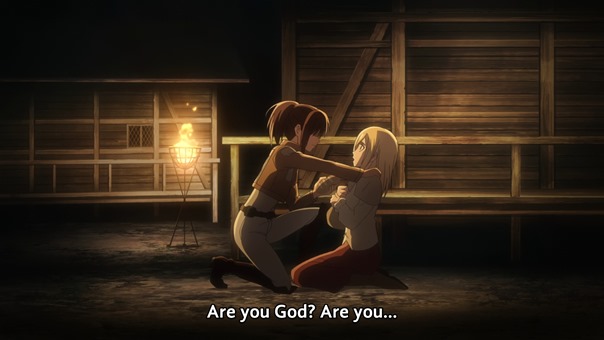 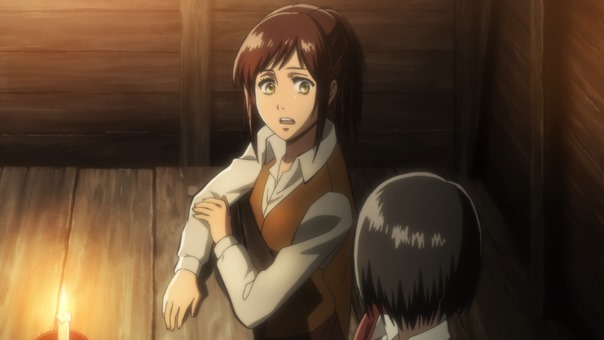 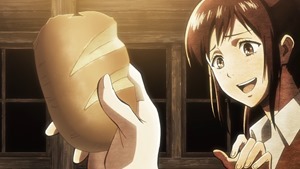 Mikasa Y U so mean to Sasha!? 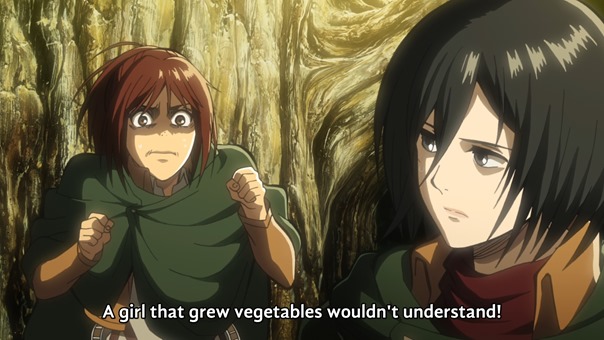 That’s what ZOD said! Look where he isn’t now!

3 thoughts on “Shingeki no Kyojin no Seinyan”