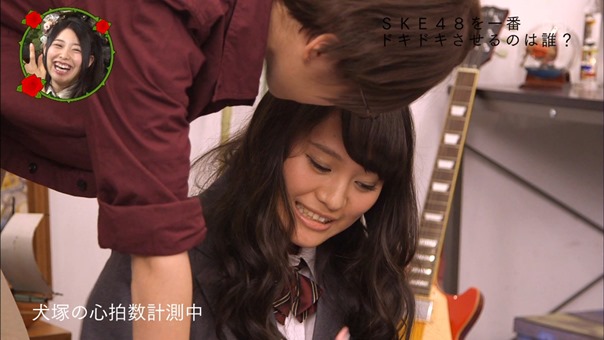 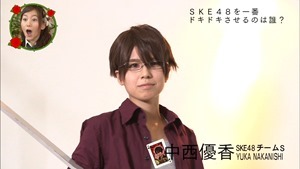 You call tying your hair back in a pony just like any other girl would do and putting on a suit Danso like Hori Miona? HA! And what was up with the Noujou business? How did she even get to play two roles!? Are you all on something? And Oh the drama! We don’t need no drama for Danso yuri! You call your cosplaying Danso?! Hahaha! !Don’t make us laugh!

Now this, this is how you do Danso… 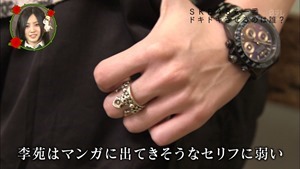 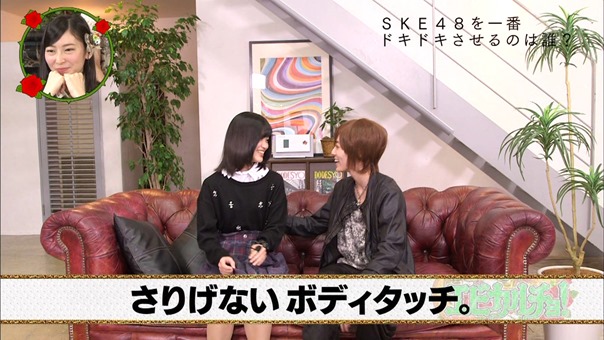 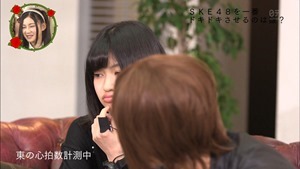 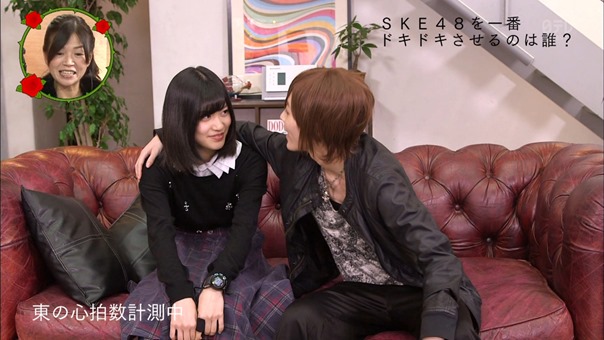 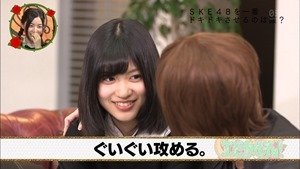 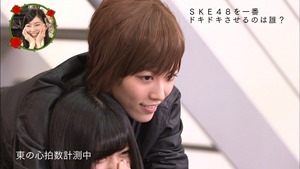 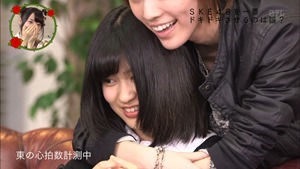 First of all you bring out your big guns to set the rules! Then give your big guns an equal partner that will not sway the scale in the hearts of shippers! No one ships JuRion, well, none that I know but no one shook their heads at them when they arrived either. Also throw in a competition to push the boys to their limits! Juri-baby worked hard but Rion is beyond simple body touching! She was just seduced then kissed in Ambulance so of course nothing would make her heart race that is less than a kiss. They did come out in second position. Seriously tho, just look at that Juri-boy! That’s how you do Danso! And this is even just the beginning! 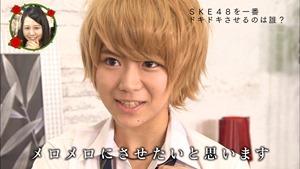 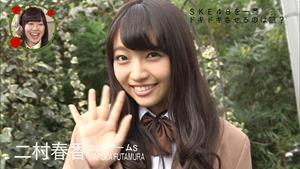 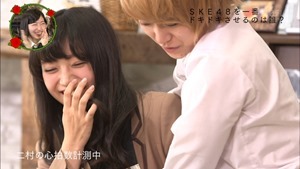 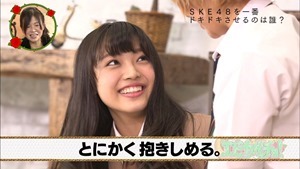 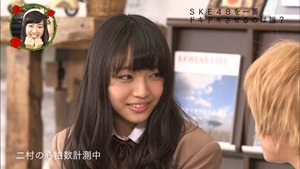 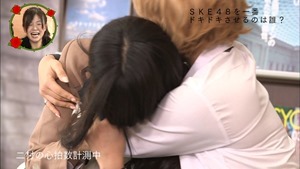 Just to tease the crowd you then throw in a cute couple in the mix. Get a girl that would look cute like a cute boy no matter what level of Danso she is doing then give her an equally cute girlfriend and make the setting their home and voila! We have the stuff that fics are made out of, fluffy fics! You know, those fics that will tease you into Kingdom-come and yet give you none of the juicy details like Ran-boy here dropping the ‘eat’ word! That is forbidden without a follow-up dear Ran-kun! Just because you accompanied it with ear nibbling doesn’t mean you erased the image you had put in our heads when you said you wanted to eat Haruka instead yo!

Seriously tho, how cute Suzuran was there! That is main character material in a shoujo manga right there! 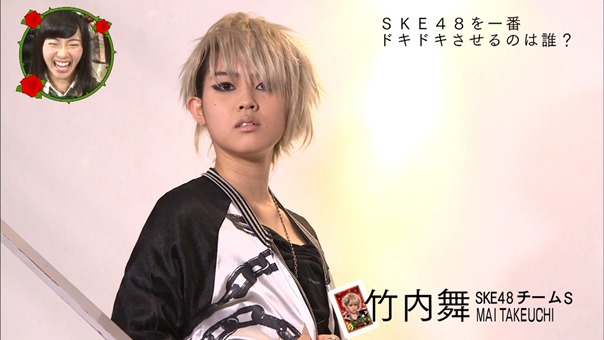 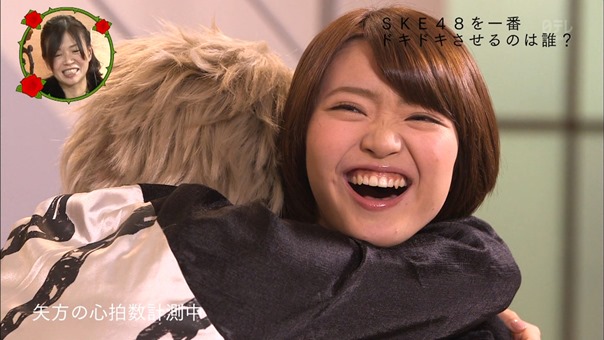 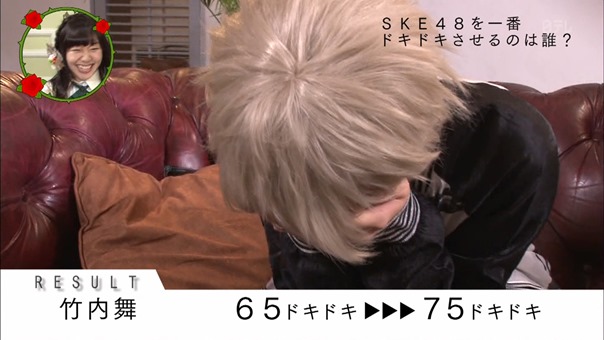 See Nogizaka?! This is how not to do Danso! That’s right, we only included them as an example of how not to do it. Seriously! I-It’s the truth, okay? 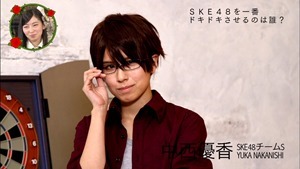 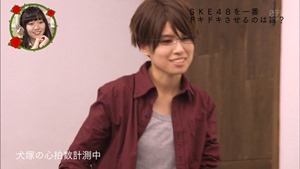 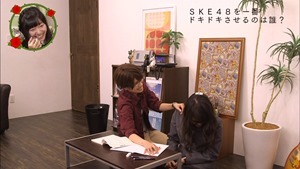 With fun aside, no Danso is Danso without the boys themselves! There are two guys in SKE and if you have guys, they are supposed to be in the Danso episode playing themselves! Like, wha twas up with that girly Wakatsuki-sama?!! Sure she was cute but that is like calling a hungry tiger cute as you run towards it! Can you just imagine how awesome it would have been if Wakatsuki was a guy and Mai the girl in that segment?! Minds would be blown just like here with the SKE girls and us the audience when Yukaman showed us his moves! For crying out loud poor Asana sweat harder than Maachun in an N stage all in the span of  five or less minutes! The only reason they did not win is because she was lost as to how to react. Should she bring out her real feelings or should she be professional about everything? This conflict cost them the win! But fear not, for the last man in SKE is also here… 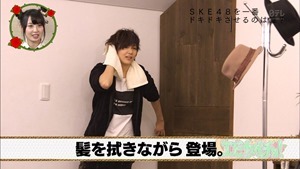 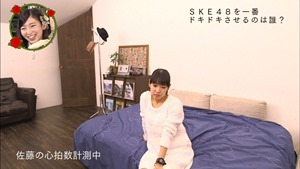 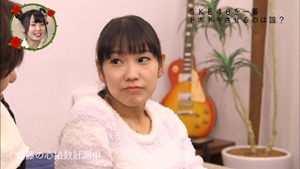 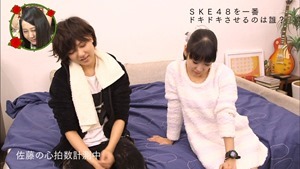 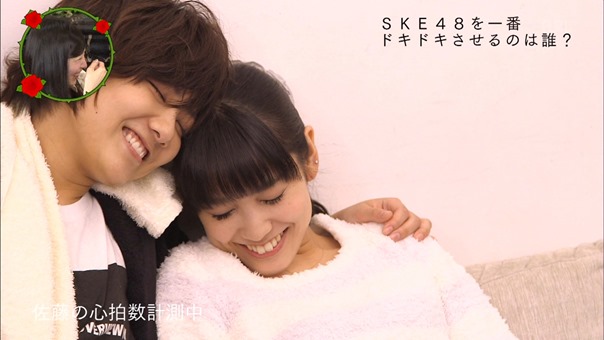 Brace yourselves for the manliest man in the 48G is hereeee! He slayed the AKB Danso episodes and now he is here to slay the Nagoya episodes as well! But that in and of itself is cheating and boring so to balance things up with a bit of spice, you have to give him the hardest challenge and they don’t come harder than trying to woo an old lady who has seen all the tricks in the world!

But does Saeman even bat an eye at that? Oh hell no! He just ups his game and goes into battle with complete confidence and it is no surprise that he is the winner for this contest! This here is also stuff of fiction! On one hand we have an experienced lover, then we have the bed setting, close to bedtime too so I will just let your imaginations run away with you!

Seriously tho, what a year this has been! How many Danso episodes does that make for December alone? Damn it AKB, you and your frikkin fashion shows! What are doing at an important time like this where you are sure to have the best audience? Instead of airing episodes that are sure to attract new and keep old viewers you go and…sigh. Any way, before I go here is Churi being indirectly fondled…

One thought on “Dear Nogizaka, SKE is Disappoint”