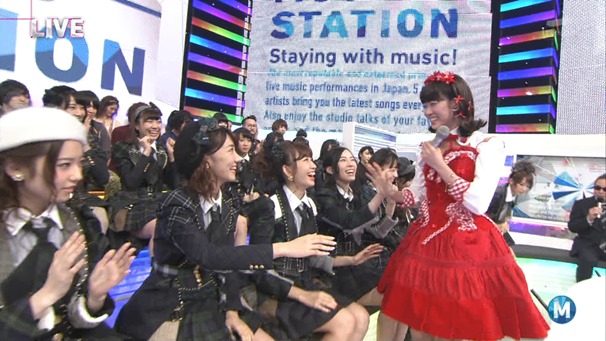 Watch Milky just passing everyone until she reaches Yukirin

Those smiles on their faces!

Not letting go until they are of reach! Milky’s smile!

I ship MIYUKI more so than I do SayaMilky!

There, I said it! You now have my permission to throw stones at me! Seriously though, what was up with that affectious scene on MS?! How come Milky chose Yukirin of all the girls there? Okay, so maybe Yukirin was the one that reached out for her but I am sure Jurina did too. Then again, at a closer watch, by the time Jurina extended her arm, Milky’s attention was already directed towards Yukirin so she might have missed it. Might have, in that a human’s field of vision should have picked up Jurina there. But then again, everyone has tunnel vision when it comes to Yukirin so Milky can be forgiven there.

Nay, there is nothing to be forgiven. I believe I said it already but I really love Milky when Yukirin is in the equation. I just can’t help it! No, it’s not the Yukirin effect, there are other girls I still can’t stand even when they are with Yukirin but in Milky’s case…Maybe it’s because she is also affecting Yukirin somewhat when they are together?…

Like, when do you guys remember ever seeing Yukirin be the Top? Even Mayuyu has to make the first move usually where Mayuki is concerned but apparently Milky has managed to get Yukirin out of her shell! You will never see Yukirin hold someone like that. Well, hopefully the effects are permanent and we might see more of this Yukirin taking the initiative.

Any way, back to Music Station, I can’t not talk about the observers too, starting with Rena! That smile of hers as she watches Milky rubs me the wrong way for some reason. And Sakura was watching that monitor like a hawk, even as she stood she was still watching, for what, I don’t know. Seeing if Milky does some funny business? Taking lesson? Then there’s Paruru, Paruru who is always watching from the side-lines. You know, I have a feeling that she has like, a ton of fan fiction stacked away in her room filled with the Adventures of AKB! I can just imagine her sitting there with glasses on and in nerd mode writing another chapter based around today’s happening!

Coming soon to a world without AKB! Will cost you a kidney but you only need one!

By the way, did I mention that Sakura is a lost cause? Because she totally is… 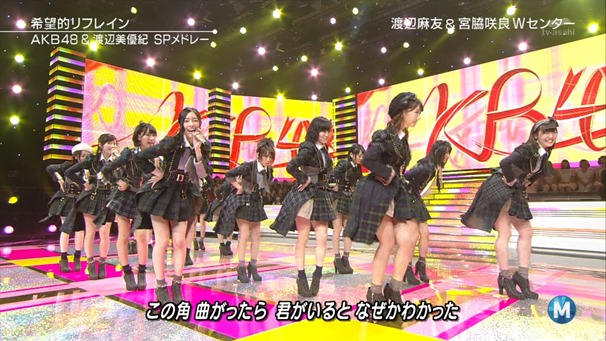 Physics tells me that she is looking right at Yukirin!

Finally, she is cracking! No more hiding. This fact is also further proved by this behind the scene vid of the upcoming Tokyo Dome Concert BD/DVD (in Dec) where she just stands there on the side watching Yukirin no longer giving any tat how obvious she’s being… 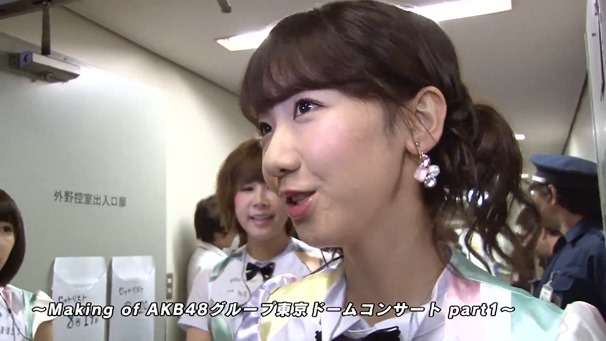 Even funnier is that Yukirin trying to make it seem as if she isn’t very aware of Sakura-tan’s proximity! Like, sorry Yukirin but we can see you sneaking a peripheral glance in Sakura’s direction in the second cap. HA! Nice try!

Seriously, someone has to do something about these two before Sakura-tan loses it completely!

3 thoughts on “I have a confession to make”