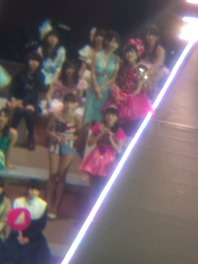 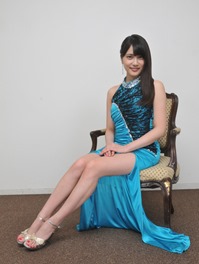 Yes, that’s actress Sasaki Nozomi. Yes, that’s Annin (Iriyama Anna) and yes, they are going to be in the same drama about a hostess club titled Kurofuku Monogatari! Two of the beauties of the whole 48G starring in the same drama with equally as hot actresses is one for must watch award! The drama starts in October and will be on Fridays so do look out for that, I know I definitely will ^^

But anyway, that is not why I am reblogging , well kinda reblogging Maddie’s post over at Kashiwagi Yuki blog, nope! Let’s have a look at an excerpt from that post and then you will have an idea…

All of my rant posts I have been trying to convey this exact way of Yukirin as response to all those negative views that twist Yukirin’s kindness and the way she tackles situations into some negative thing! Some going even so far as to quit and dump her as their Oshi! It seems that it has gotten so bad that they even went as far as telling her these things!

But I already said my due on this issue and it seems some people’s minds will never be changed. And if they don’t see the light that Yukirin is that different from anyone else, that she is that good, that she thinks of others that much more than she does herself, that she is just as human as all of us only she handles things differently, in a way that will not hurt other people, I have nothing more to say to them except that they are right in moving on from Yukirin because they don’t deserve her!

I am so happy that she didn’t write an essay explaining herself to answer these…these questions! I am glad she put it in simple sentences like that. It should make clear her stance on things and how she truly is, to those that still didn’t understand her!

And yet what hurts me, and probably her, is that she doesn’t get rewarded for this, even her fans (though now I am questioning their validity) are questioning her behaviour but not only that, even as she wants to accomplish something for AKB, almost no new members ever mention her as their favourite senpai. Even if it seems to change when they spend some time in AKB(And probably get to meet her thus knowing her better) it is then that they start mentioning her name but never new members. I don’t think there is one in Team 8 that has her as the Senpai they respect at all. Maybe I missed a few but it really hurts. Some respect Shuu, or Miorin even the three musketeers but not her.

This world is really cruel!

Any way, I hope this answer finally puts this dumb discussion of her intentions/motivations (or luck there of) to rest and separates the fake fans from the real fans! Better to have few true fans (Never truer in her case) than fake fans as far as I am concerned!

Any way, yeah, that’s that!

PS: Thanks to Willmark and Maddie for your individual help in me finding out about this ^^