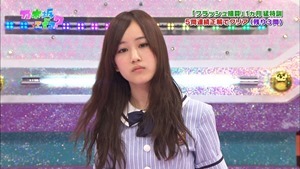 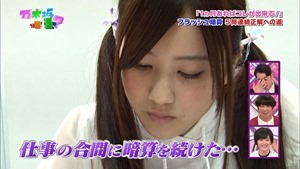 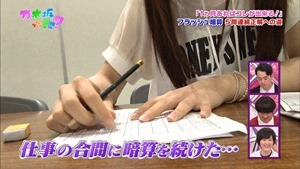 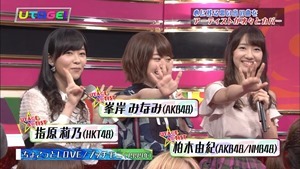 Hello dear Readers,I sure hope that you had a good day yesterday because I sure did! Or maybe I should say night? After all I watched all these vids last night and that other thing happened at night of course and as to which thing I am talking about dreams!

I am happy to say that I have finally had a dream about one of my 4 kamis. The first dream goes to our Imoutochan Sakuratan! It’s so vague and I almost forgot about it right when I woke up (Having had a second completely non-related dream which I remembered as I woke up) but then ten minutes later as I laze in bed, I remember it!

It wasn’t anything major (as like my other Idol dreams than can be counted on the fingers). It was situated in a Computer Room at College the whole sequence for some reason. I remember Sakura-tan asking me to help her photocopy some papers that for some reason I think belonged to me. A great feeling I tell ya all! Other than that though, I can’t remember much. But really, who cares, I dreamed about her and that is in and of itself WIN!

But that dream was the end of the day/night. What started the night off was none other than my Absolute Kami among Kamis appearing in the latest episode of Utage! For some reason the fact that Mayuki was present took the far back seat to the awesome triple besties that is Sasshi/Miichan/Yukirin! I can’t speak for you all but whenever these three are together I get this awesome feeling inside and can’t stop grinning like a mad person! Seriously, what is it about these three?!

Not only that but they performed together a Morning Musume sub-unit song (Choco to LOVE by PuchiMoni) and of course they had great fun performing it! Their friendship is just too delicious for reasons un-known to me! I am still baffled by how close Yukirin and Miichan are. I mean with Sashiko I understand but Miichan? We all know Yukirin and her Senpai thing so to see her and Miichan be that close pleases me to no end!

Then as the theme was about memories, they were also showing the guests’ photos from years ago and for some reason I was impressed with the choice of the photo they chose for Yukirin. I am not sure if the guests chose the photos themselves but if they did then Yukirin means serious business!

What am I going on about? Well, look at Sashiko and Miichan’s photos. They scream ‘fun’ which compliments the mood the three were in during the shooting but then there was Yukirin’s photo and I was like – ‘WHY SO SERIOUS?!’ At first! I mean she has lots of fun pics of herself young , we have seen them. But then I remembered TegeTege just a day ago, about Sousenkyou, then my face split apart!

My Goddess, she is such a an intelligent Black Angel, isn’t she! All that photo told me was that – Look, I can do serious when the occasion calls for it! I am no stranger to leadership. Give me a chance and I will show you a serious Kashiwagi AKB! I haz the experience. Here is proof!

It probably isn’t that at all but with her you can never tell what is what which is the greatest attraction of hers. With Yukirin you never know what you are getting! I have said it countless times and I will say it again – I am forever lucky to have her as my Kami o Kami Oshi! She has layers so deep it makes my head hurt trying to figure out why anyone would call her boring!

Next Sousenkyou is gonna be historic!

BTW, it turns out that not just Yukirin but also Miichan auditioned for Morning Musume and she too failed! Oh tsunku, how many regrets do you have?! And by the way Sashiko was and is such a great fan of H!P just like the other two, no wonder these two are such great friends with such an important thing in common.

And finally, the Nogizakatte Doko episode that just forced me down memory lane to almost two years ago! Well, a couple of episodes back, there was this segment where the members had to challenge themselves to something for a month to be evaluated a month later on the show. Two episodes now have gone by about this. The last episode my other favourite Hocchan challenged herself to cramming all the names of the villains in 80-something horror movies. Sadly she failed right at the last film. She was defeated by the Scream Series’ Ghost Face!

This time though was another of Ikoma-kun’s waifu (Waifu No.1 in fact!) Minami-chwan! Her challenge to me has been the most impressive and beneficial to the challenger! What was it about? Well, something I certainly wouldn’t do even if paid money to do it!

I mate numbers! Any way, her challenge was a speed calculation where a sequence of random numbers is displayed on a screen in intervals of a second or else and she has to say their sum doing calculations only in her mind! Yeah, like you can’t find me doing that! I would fail at just two double digit numbers!

But not our cutie, nope! That girl chewed those numbers so hard then spat them out like she was a completely different person! We all know Minami-chan and how lazy she is. In fact she said it herself that she hates studying as well but she worked so hard and managed to complete the test with much praise-worthy success!

Ikoma-kun Husbando-kun couldn’t contain herself anymore! I mean how could she,  I couldn’t and I am just an observer! For some reason I actually expected the hug even before it actually happened! And Husbando-kun in all her High school Baseball Boy glory made the two look like just a normal young couple!

Yeah, I woke up this morning in a really great mood, to say the least! But before I leave you all I want to know one thing…

How in the name of all that’s Holy, did that instructor survive this session??!!

7 thoughts on “Right in the SHAKISM!”