Might as well, seeing as they beat Mayuki in Kouhaku Utagassen. I knew the day would come when they took over seeing as Mayuki is a rarity these days! Obviously with my Goddess being on the Red team, I was supporting it to win by default. Doesn’t mean I did not recognise the power White had. After all AKB is not just about singing and dancing and that’s where White Team takes over. Sorry Maachun. I wanted to support you but you know…

I said I was sorry, jeez!

Love how Sayanee preferred to direct her cool romantic lines towards Maachun instead of the crowd! And Maachun is like, Yep, I’m gonna stand here and take it while trying not to laugh at you! Heh, look at that face – so trying her hardest not to burst out in laughter!

Then it was Riichan’s turn and Maachun was all Gentlemanly and Sayanee was all ‘Really?! After I confessed to you!’ 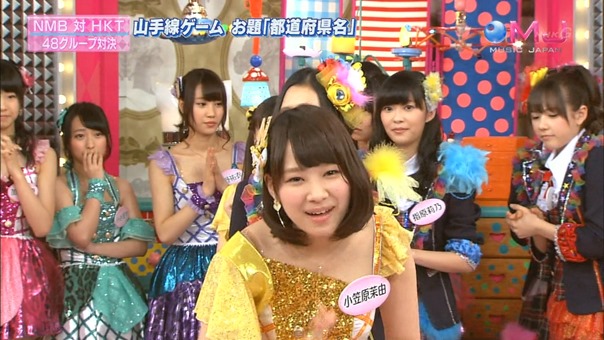 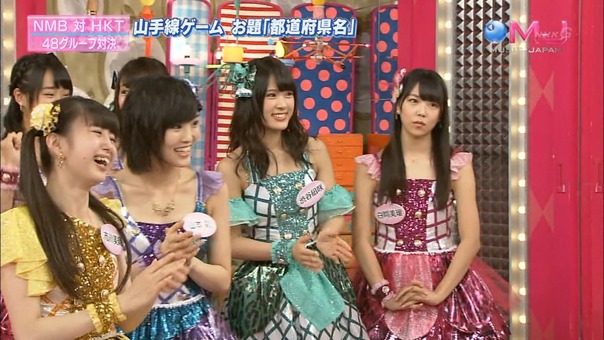 Hahaha Syanaee stap, you are being too obvious! And dat ship placement! I get a creepy feeling when I see Nagisa and Sayanee so close both watching over their Baby. Then there’s Ripopo there as well…Ahhhhhhhhhhh

Even here, it’s brief but I totally saw Sayanee watching Maachun and Akarin when they high fived each other! So possessive >.< But of course she has nothing to worry about for Maachun would never forget about her! It hurt a little but look at that bottom gif where she totally ignored poor Shuu who had her arms out towards her for a hug only to be dismissed when Maachun did a 70 on her to go over to Sayanee instead. LOL

Forget about beating Mayuki, they are now turning into them! Remember that Mayuki we used to love so much during the stages who always ignored their surroundings and did their own thing instead? Well…

And dat Maachun knowing the actual title for the 34th single!!!! Amazing!

Really Sayanee, control yourself! Who am I kidding, she has no control in the presence of Maachun ^^ Really love these two! And I really hope we get a group sorts festival event! I want to see NMB show off their harmony as a whole! It’s been forever since we had a sports event…Sigh

Any way, here’s cute Maachun trying to watch her self on the screen to close things off